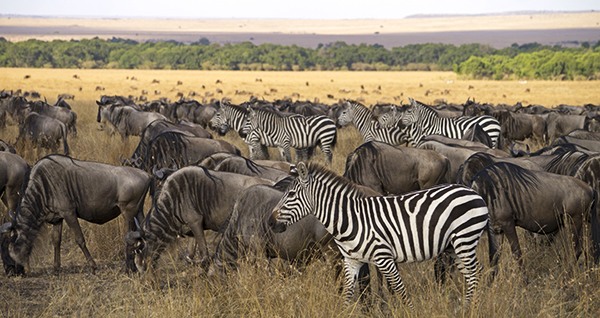 Something that stood out during my Kenya Migration Photo Safari was the presence of family connection throughout so many aspects of our nature adventure. Relationships among groups of people working in the safari industry and the bonds within migrating herds of animals seemed to link everyone and everything together into vast networks of East African kinship.

In Kenya’s iconic safari destinations, ecotourism is a family affair. Joe and Gillian Charleson form the husband and wife team that manages Nat Hab's Kenya safari operations from their headquarters in Nairobi. The and their young son, Kian, joined our small group for part of our stay at Natural Habitat's Migration Base Camp—Maasai Mara. Their safari expertise, local knowledge and networks, conservation ethos and steadfast commitment to hospitality excellence are among the hallmarks of this family business. 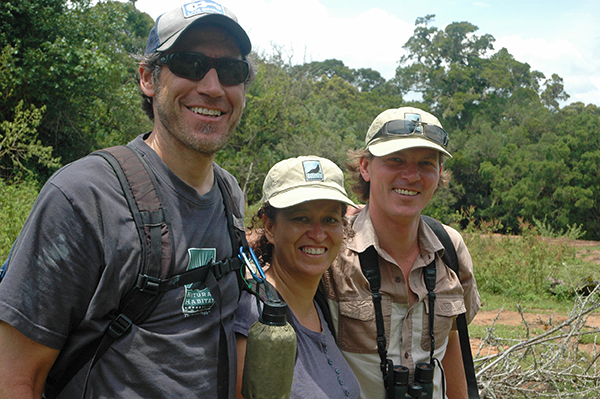 Rashaud, one of our guides in Nairobi National Park, hails from the lakeside town of Naivasha northwest of Nairobi. Rashaud and all three of his brothers work as safari guides in Kenya. Our skilled local guide in the private Mara Naboisho Conservancy, Lucas, was one of four siblings, and his two older brothers and one younger brother are also Kenyan safari guides.

In the Maasai Mara National Reserve, we learned that our local Nat Hab guide, David, was one of six siblings in his family, with three older brothers and two younger brothers all guiding safaris in the Maasai Mara. Our Expedition Leader, Pietro Luraschi, was instilled with a passion for nature at a young age. While growing up in Italy, Pietro's father taught him about trees, birds, and a quest for searching out new things you've never seen before. 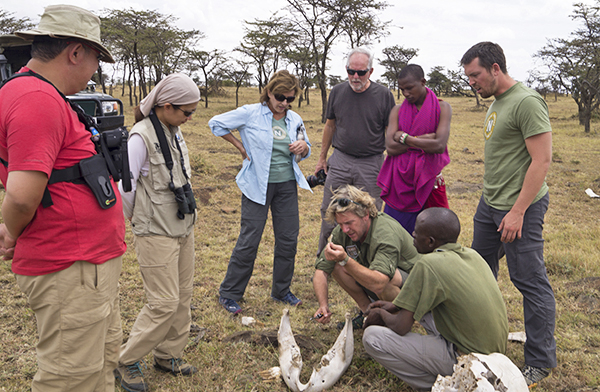 Our small group safari included two couples who had each shared large portions of their lives together. One pair had been high school sweethearts and were now celebrating their 50th anniversary. The other couple had been together for nearly 25 years. Each couple traveled in their own vehicle, letting them share this intimate, unforgettable safari experience together.

We also witnessed family ties among the thousands of animals that surrounded us while we explored the Kenyan wilderness. Our Kenya safari took place during Africa's Great Migration, so each day we watched vast herds of wildebeest and zebra traverse the savanna. The migrating herds were some of the largest ever recorded, with some 2 million animals making the journey during the fall of 2016 alone.

The African savanna elephants, in particular, displayed remarkable family connections, traveling slowly and methodically in closely knit herds, with the larger elephants guarding the younger ones. 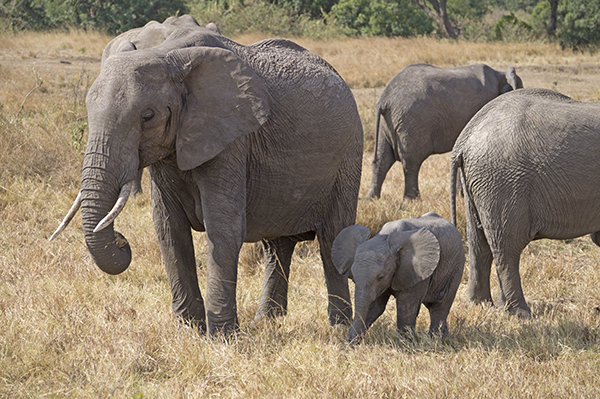 In addition to the great herds of antelope and elephants, we also saw of lions, a crash of rhinos, journeys of giraffe, dazzles of zebra, cackles of hyenas, sounders of warthogs, rafts of hippos, flocks of all types of African birds and a coalition of four cheetah siblings. It was fascinating to see how these wild animals interacted with their families and compare those dynamics to how we humans relate to each other.

Intertwined networks of Kenyan families provide the foundation for East Africa's safari tourism, and they all work together to deliver the best safari tours possible for their guests while also protecting the amazing wildlife that attracts nature travelers from around the world. Our Kenya migration photo safari showcased the intricate connections between all living things, including the wild African animals and those of us who are lucky enough to get to spend time in their presence. 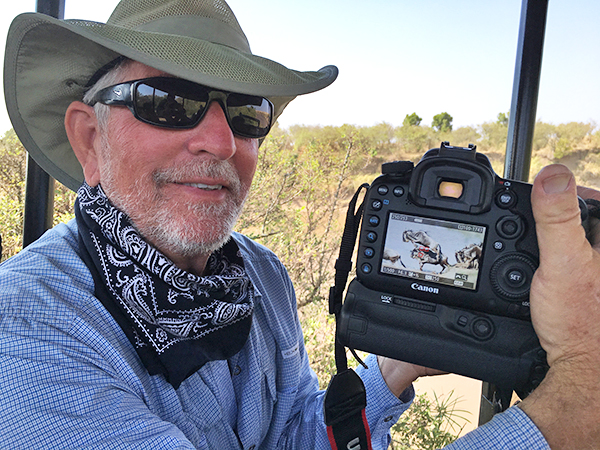 Experience one of the world's most incredible wildlife events in Africa's most classic safari destination—Kenya, home to the massive movement of creatures that is the Great Migration!

Get Weekly Updates
Our weekly eNewsletter highlights new adventures, exclusive offers, webinars, nature news, travel ideas, photography tips and more.
Request Your 2022 Catalog
View Our 2022 Digital Catalog
Send Us a Message
Use the form below to send us a comment or question.
Refer a Friend
Earn rewards for referring your friends! We'd like to thank our loyal travelers for spreading the word. Share your friend's address so we can send a catalog, and if your friend takes a trip as a first-time Nat Hab traveler, you'll receive a $250 Nat Hab gift card you can use toward a future trip or the purchase of Nat Hab gear. To refer a friend, just complete the form below or call us at 800-543-8917. It's that easy! See rules and fine print here
/articles/african-safaris/east-africa/family-ties-kenya-migration-photo-safari/
Physical Requirements