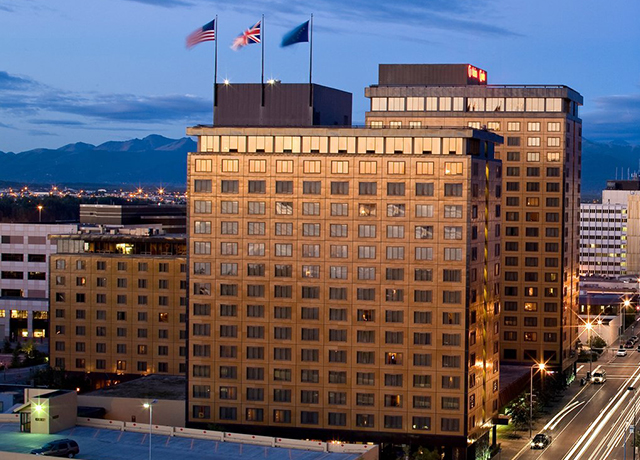 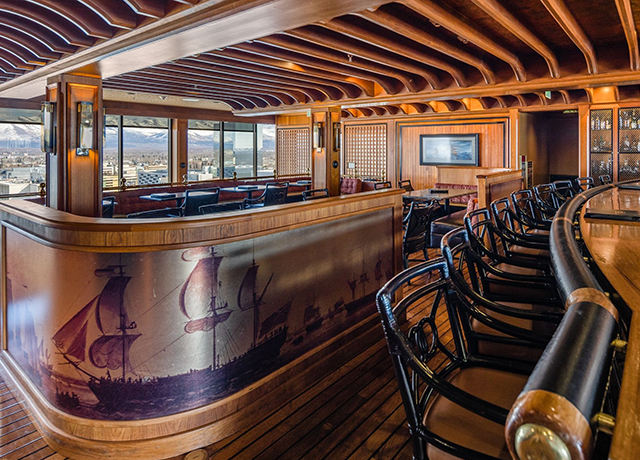 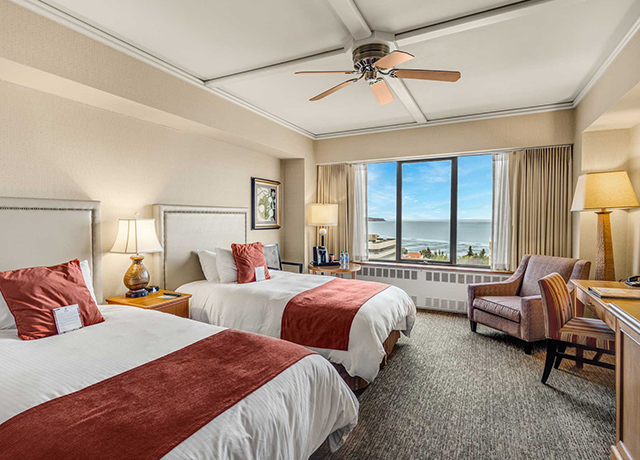 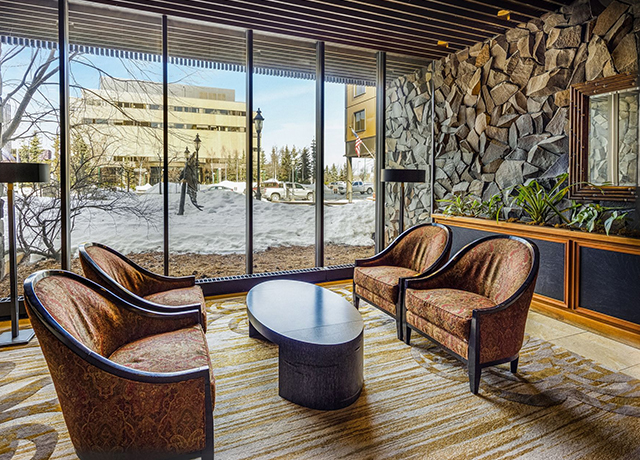 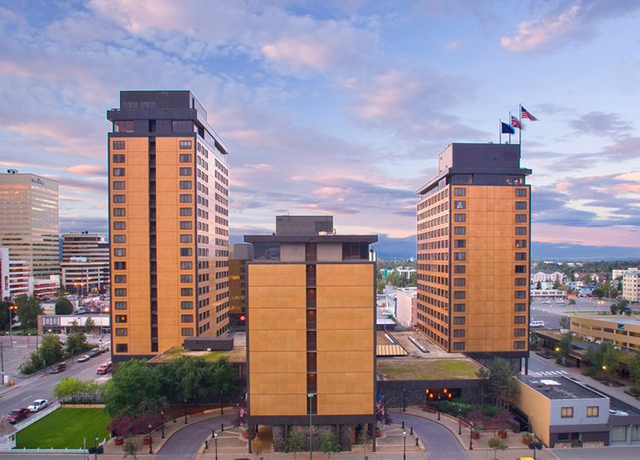 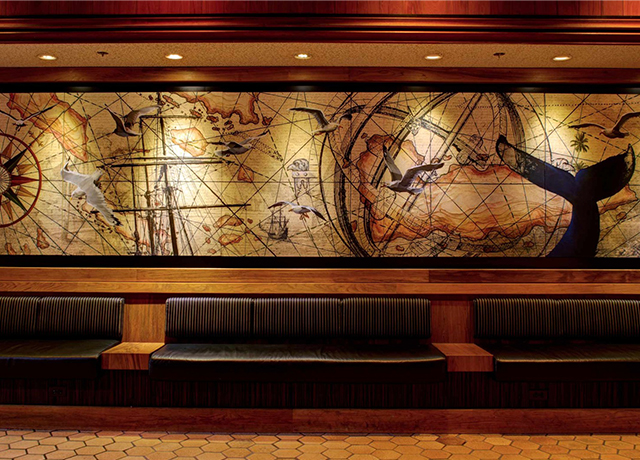 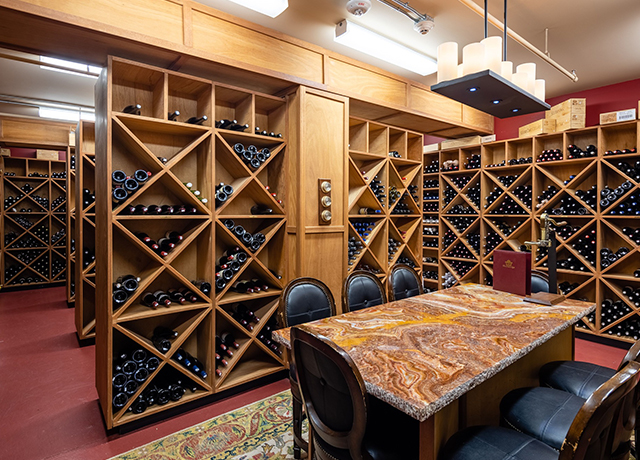 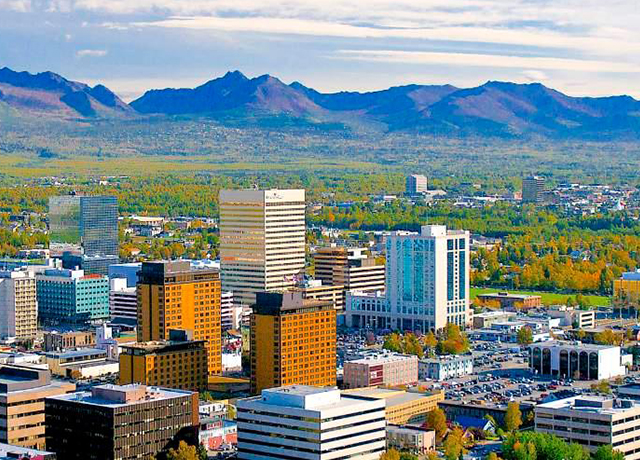 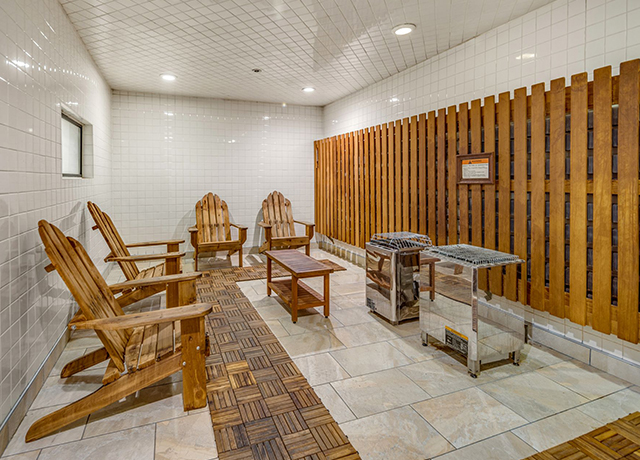 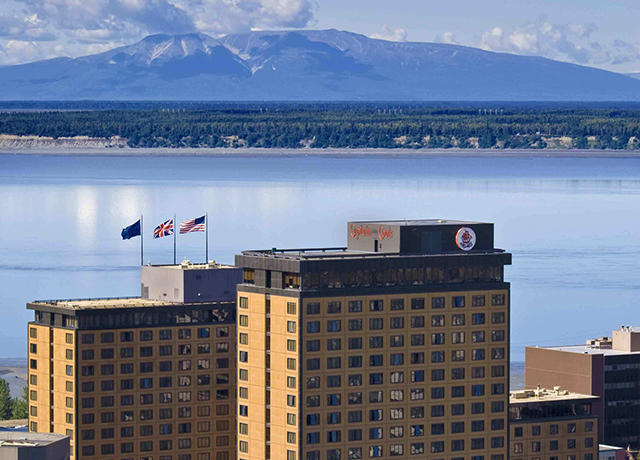 The most distinguished guest address in Anchorage since it was built in 1965, this downtown landmark is an award-winning member of the Historic Hotels of America, added to the list in 2016. Befitting its full-service luxury status, it offers a full slate of amenities in a traditional, genteel setting. Decor is themed around the voyages of British explorer and cartographer Captain James Cook, who charted Alaska’s coastline for the first time on his final voyage in 1778. While looking for a northwest passage to Hudson Bay, he and his crew aboard the HMS Resolution dropped anchor in Turnagain Arm — within sight of the spot where the Hotel Captain Cook stands today. The hotel’s expansive private art collection features paintings, drawings, sculptures and wood carvings of subjects like historic sailing ships, Indigenous people and depictions of the captain’s excursions. Pieces of the collection are on display in common areas, prominently featured in the lobby, dining spaces, hallways and other locations throughout the hotel.

Well-appointed guestrooms in three towers offer a mix of views over the city skyline, Chugach Mountains and Cook Inlet. Rooms have one king or two double beds, a comfortable chair, writing desk, safe, TV and complimentary Wi-Fi. To ensure your comfort during Alaska’s near 24/7 summer daylight, each room has blackout drapes, air conditioning, a ceiling fan and windows that open.

The Crow’s Nest is the Captain Cook’s acclaimed AAA 4-Diamond fine-dining restaurant on the hotel’s top floor, with 360° views on Anchorage and the dramatic natural environment that surrounds it. On the main level, Fletcher’s Bar serves cocktails, beer, wine and casual fare in a dark and cozy British pub setting. Breakfast is served in The Pantry. Guests have access to the hotel’s impressive Athletic Clubs, with separate facilities for men and women for locker rooms, cardio and weight machines, steam room and sauna, and shared Peloton bikes and swimming pool.
Alaska's Gold Creek Lodge 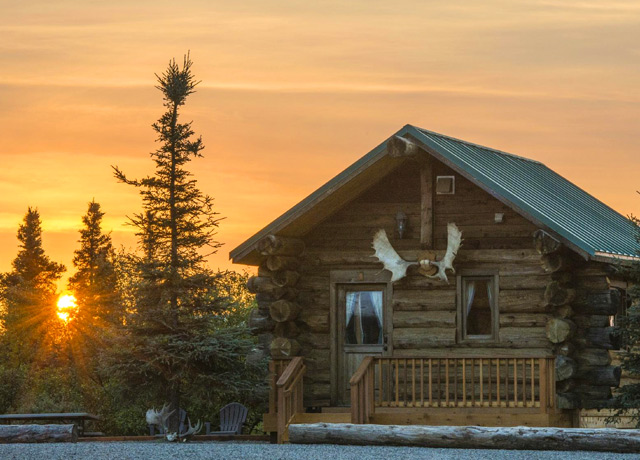 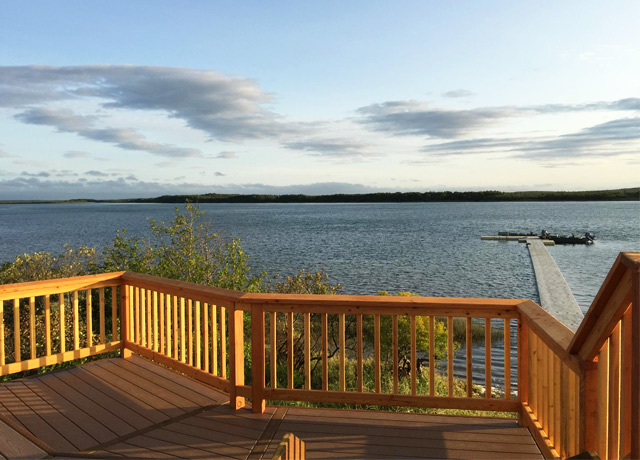 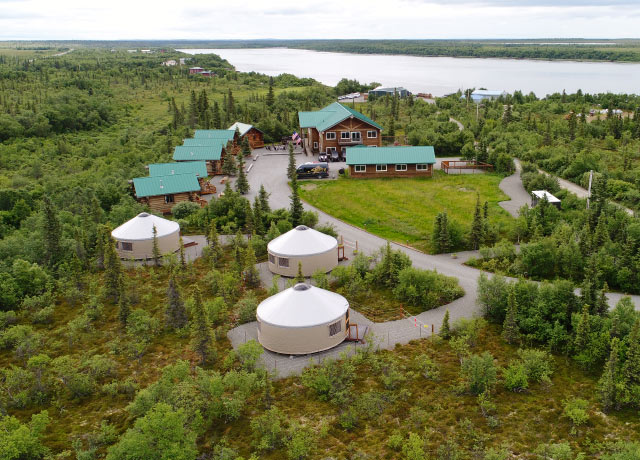 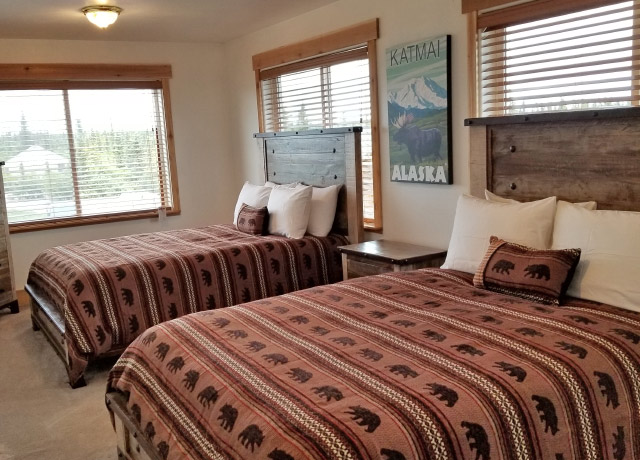 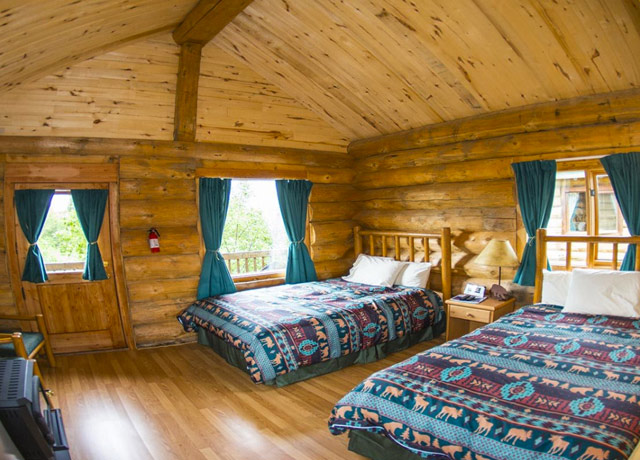 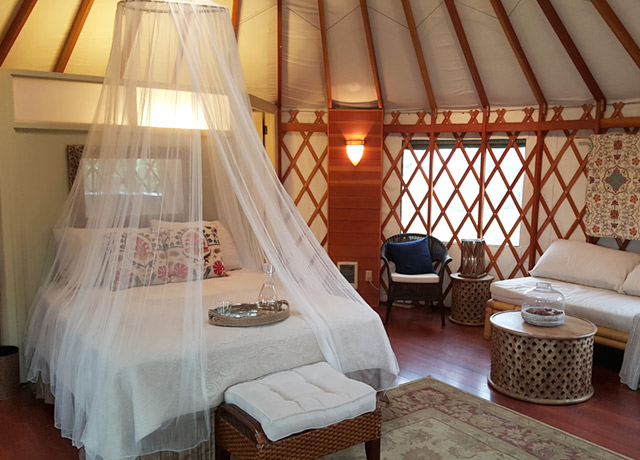 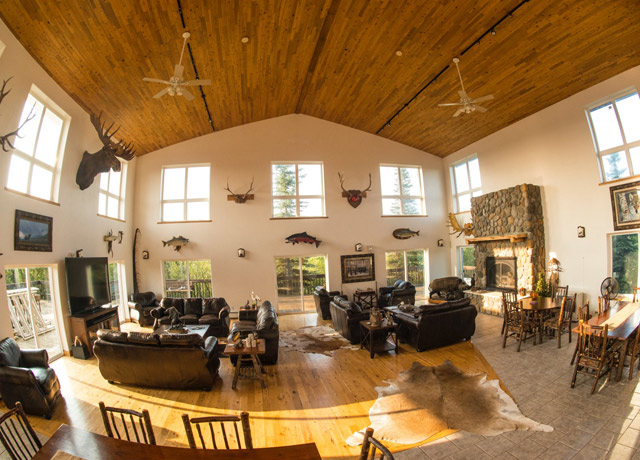 This remote fly-in wilderness lodge located on 16 forested acres on the Naknek River near Katmai National Park is among Alaska's most exceptional accommodations. The main lodge and individual cabins and yurts enjoy territorial and river views along a stretch of water that's famed for some of the best salmon and rainbow trout fishing in Alaska (including from the lodge's 200-foot private dock). Wildlife surrounds us here, and a viewing platform overlooking the river offers a safe place to observe the bears, moose, bald eagles, waterfowl and occasional sea lions that frequent the environs.

Alaska's Gold Creek Lodge is a two-generation, family-run operation, where a select number of guests enjoy an exclusive experience of "bush luxury" and genuine hospitality. The deluxe main lodge provides a central gathering place for gourmet meals featuring freshly caught fish and other locally sourced fare. The expansive space features a high wood ceiling, soaring stone fireplace, leather sofas, rustic wood tables and chairs, and trophy fish mounted on the walls for added Accommodations are in individual private log cabins, private rooms in the main lodge and deluxe yurts with Alaskan character. Each cabin has a wood stove, two full-size beds, bath, private deck overlooking Gold Creek and the forest, 40-inch flat screen cable TV, Wi-Fi, Keurig coffee maker, and a small fridge stocked with cold drinks. The main lodge suite has three rooms that share a large common upstairs lounge area with comfortable couches and a flat screen TV. Guests wishing to stay in a yurt must make a special request. Each yurt has a queen bed and lounge area, but restrooms are located 25 feet away, requiring you to walk outside the structure.
Questions?
We've Got Answers!
Talk with an Adventure Specialist
Call Our Boulder Office at 800-543-8917 or contact your travel advisor.
We're Proud of the Reputation We’ve Earned