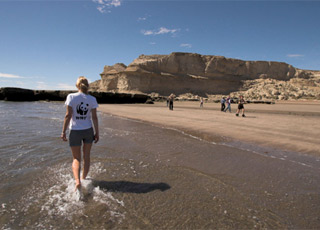 Peninsula Valdés is marked by its vibrant coastlines, a stunning array of tall cliffs, rocky reef and exotic marine mammals, including the southern elephant seal, sea lion, southern right whale and Magellan penguins. The area is also home to more than 60 species of birds, as well as several species of terrestrial mammals, such as the grey fox, guanaco and mara.

WWF has worked with the Fundación Vida Silvestre Argentina (FVSA) to protect this diverse landscape in the following ways: