Fill out the form below to receive additional information about our Yellowstone: Adventure Under the Big Sky or give us a call at 800-543-8917.

Yellowstone: Adventure Under the Big Sky 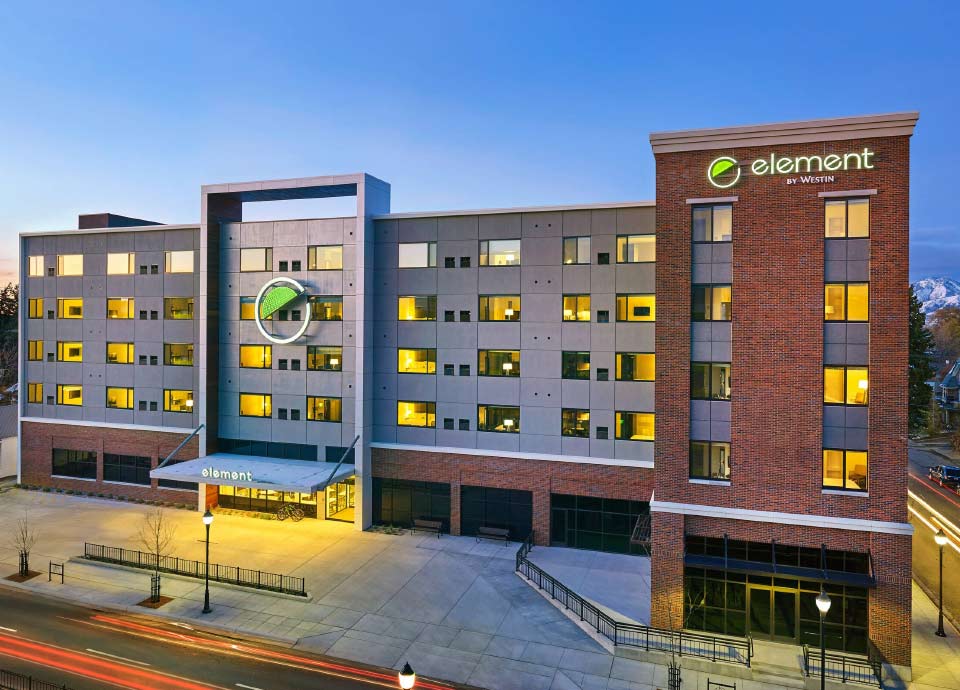 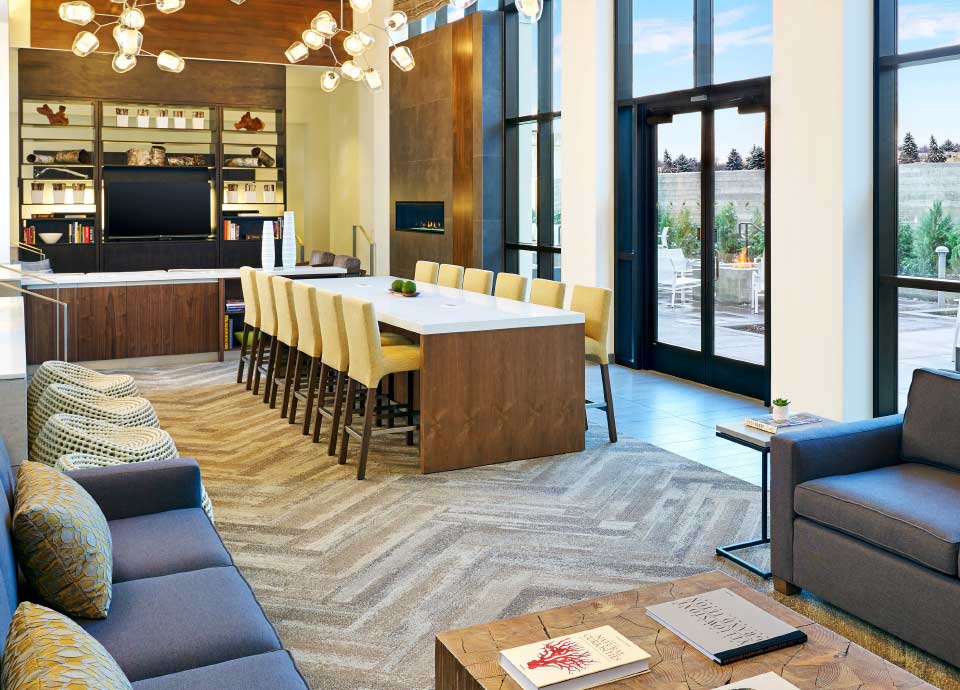 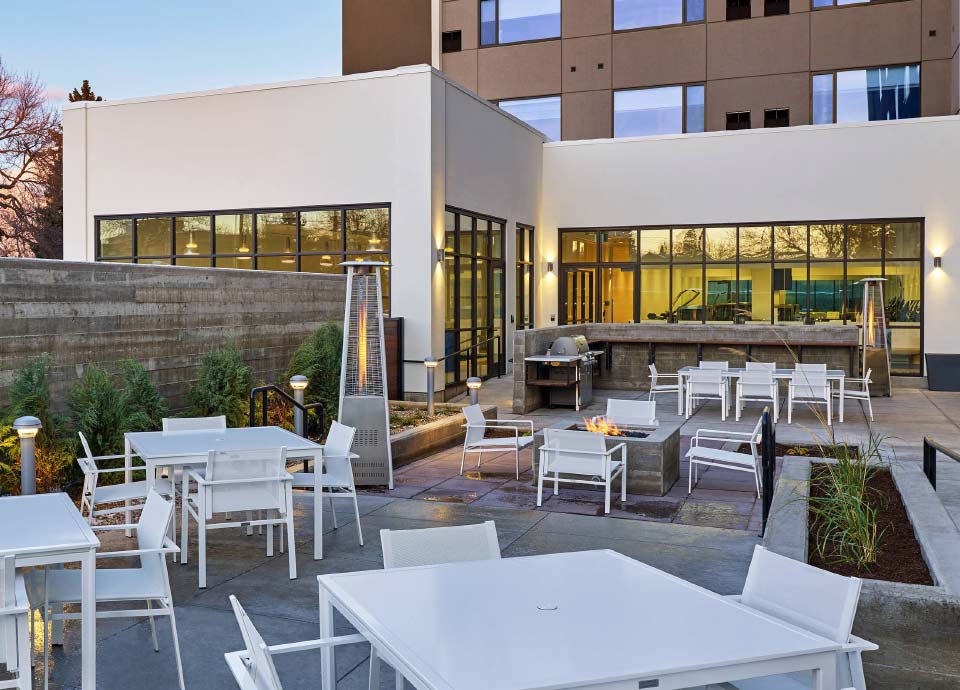 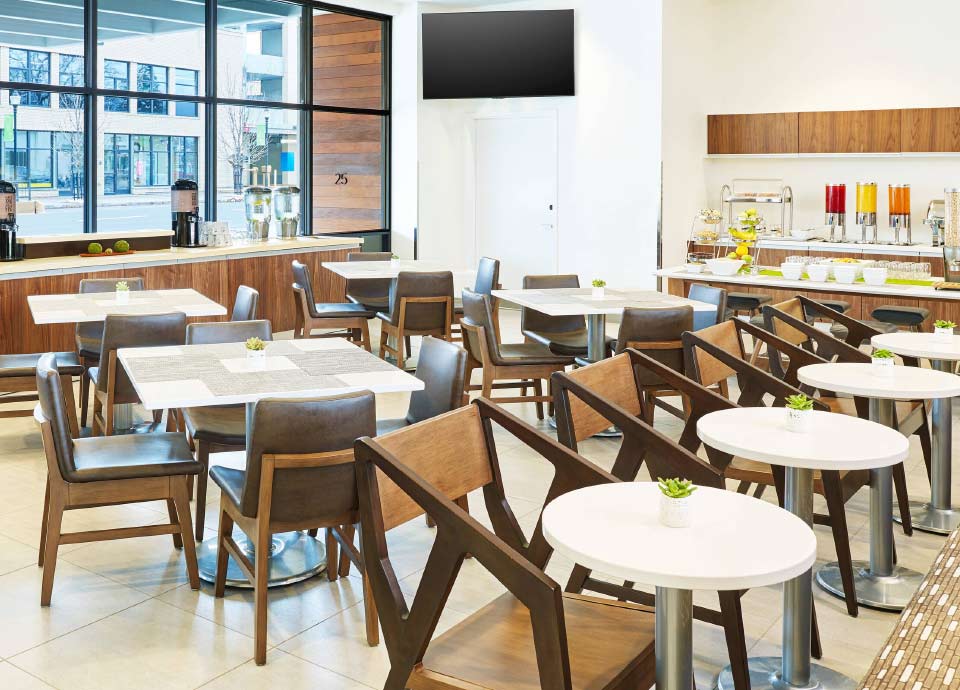 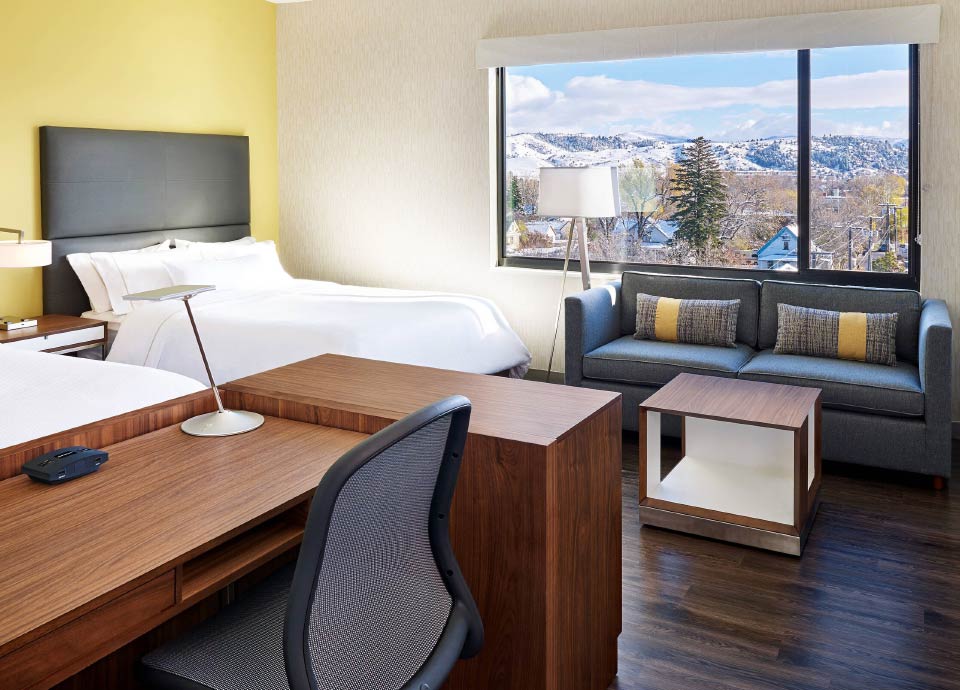 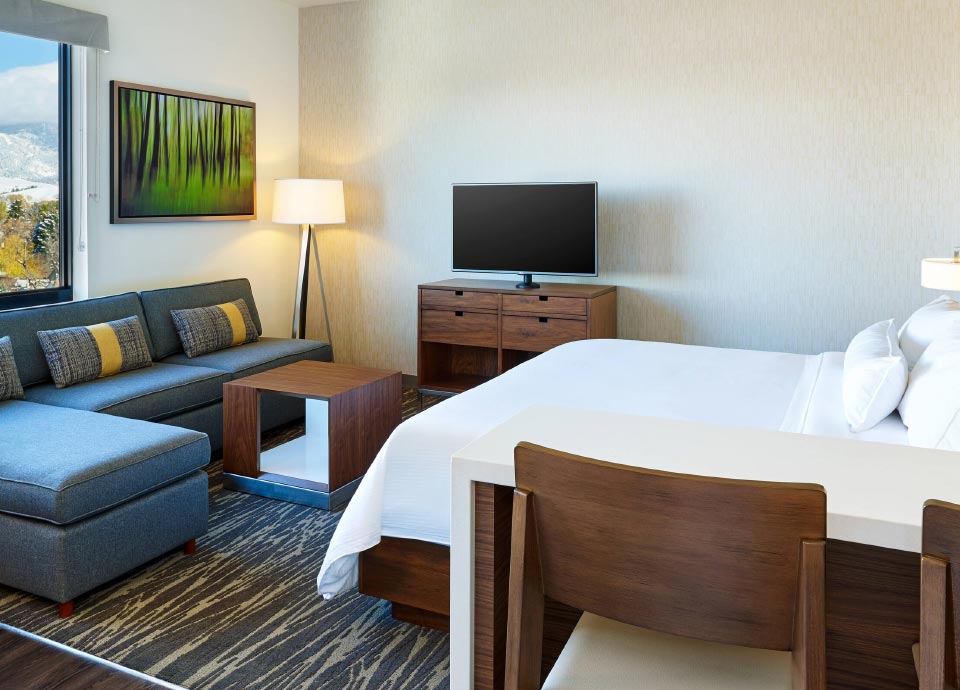 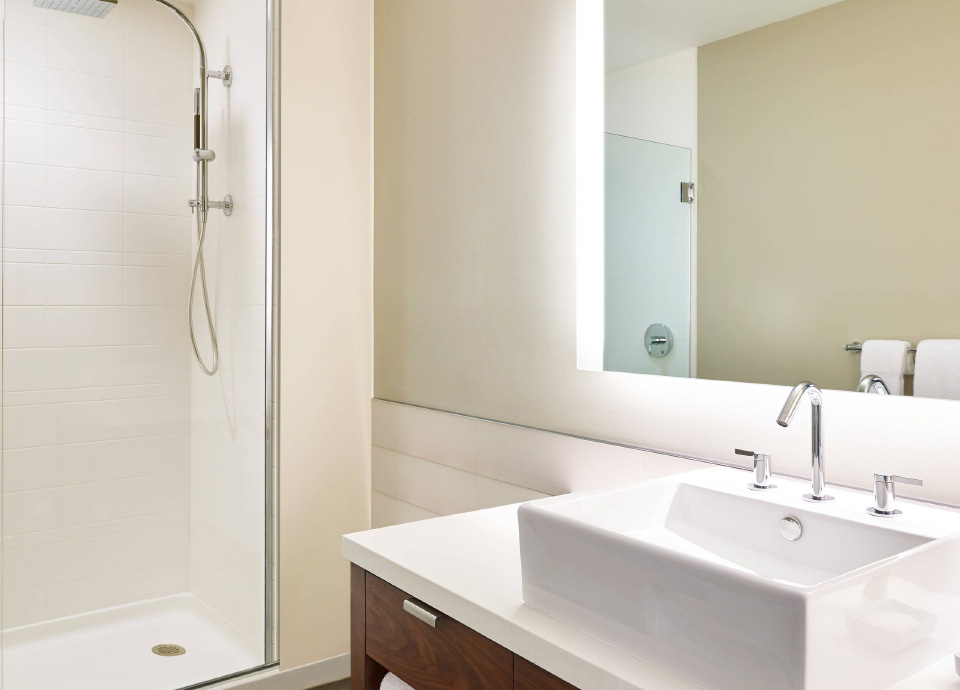 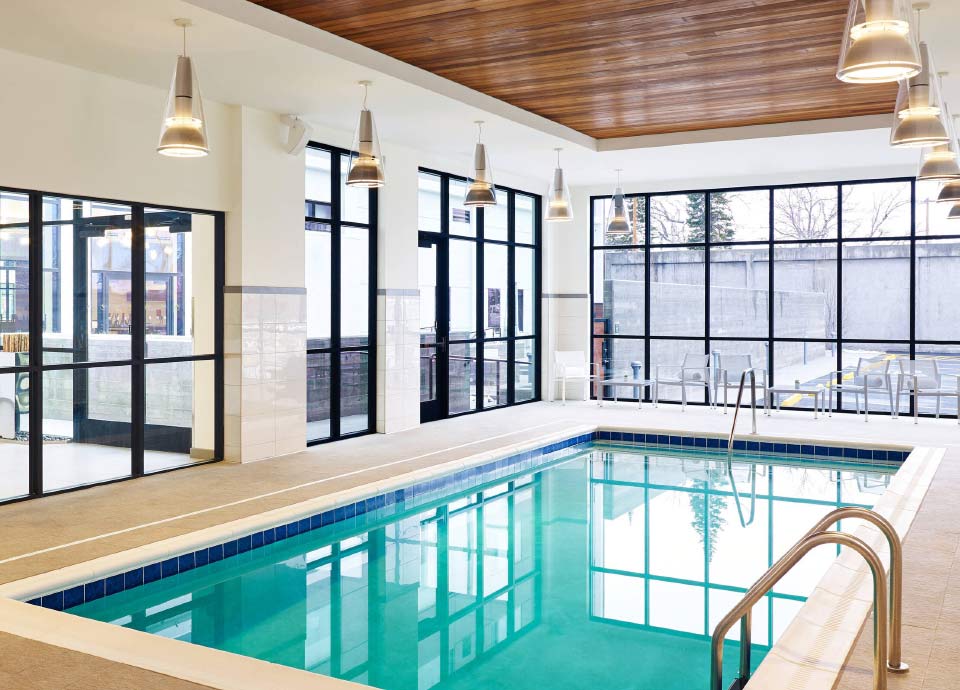 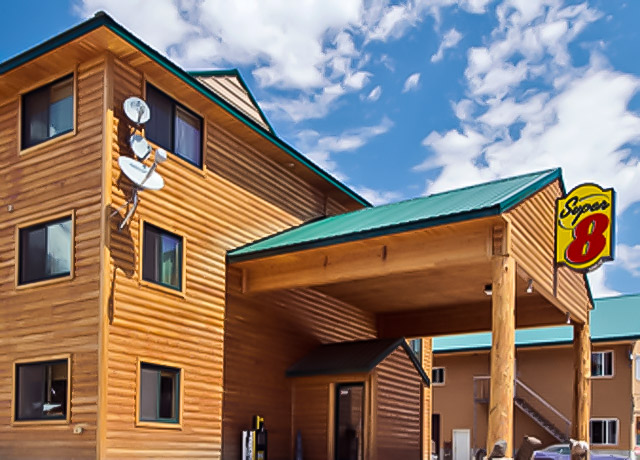 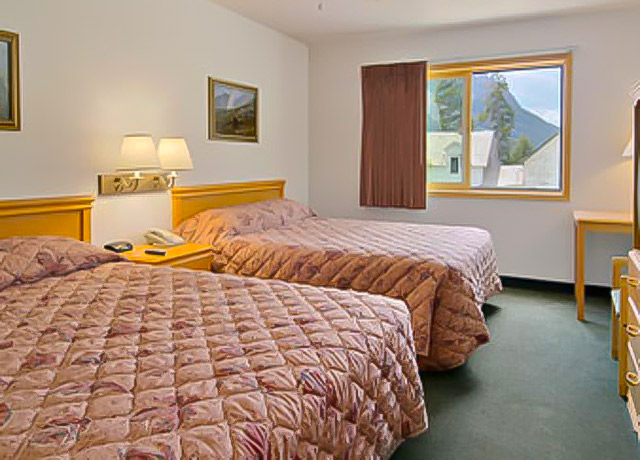 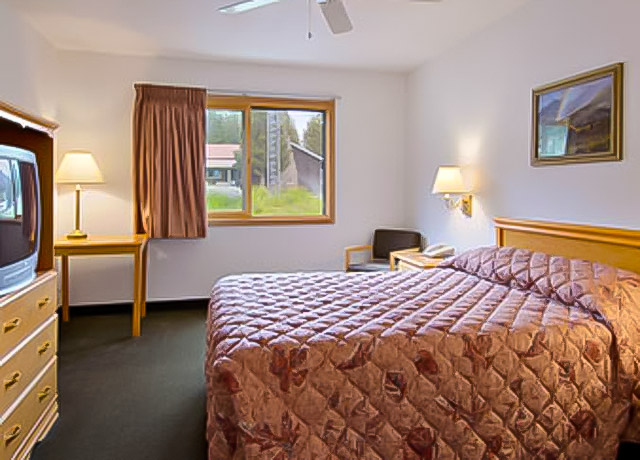 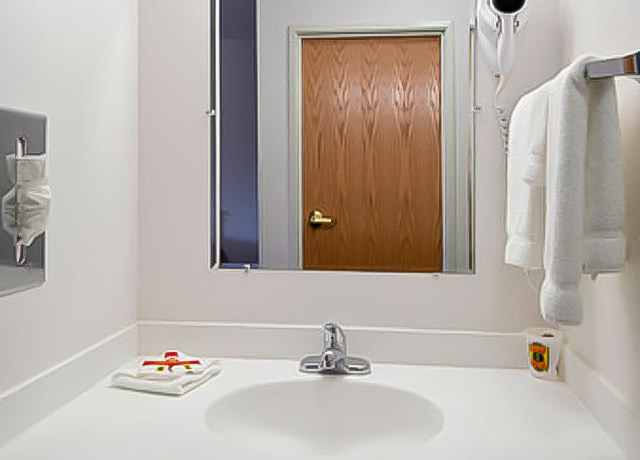 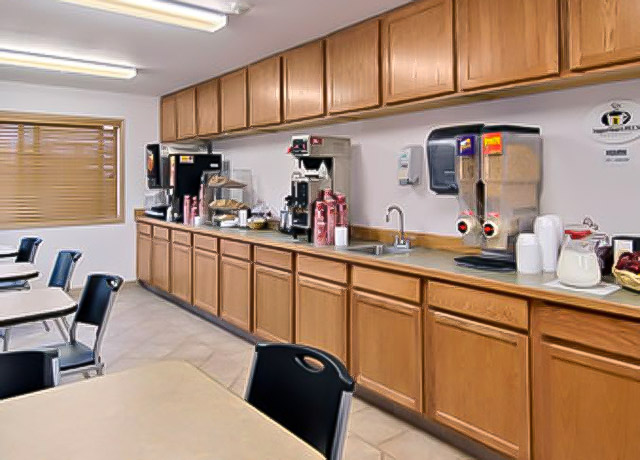 Cooke City is a historic hamlet near the northeast entrance to Yellowstone National Park. Only a handful of accommodations are open in the winter, and the Super 8 provides the town's best available lodging with excellent proximity to the remote Lamar Valley, our focus for wolf watching in the park. Basic but comfortable, guest rooms have TV, Wi-Fi, fridge, microwave and self-serve coffee-making facilities. A washer and dryer are available for guests' self-serve laundry needs. The motel enjoys a prime location right on Cooke City's main street, and its log facade evokes the Old West atmosphere of the region. 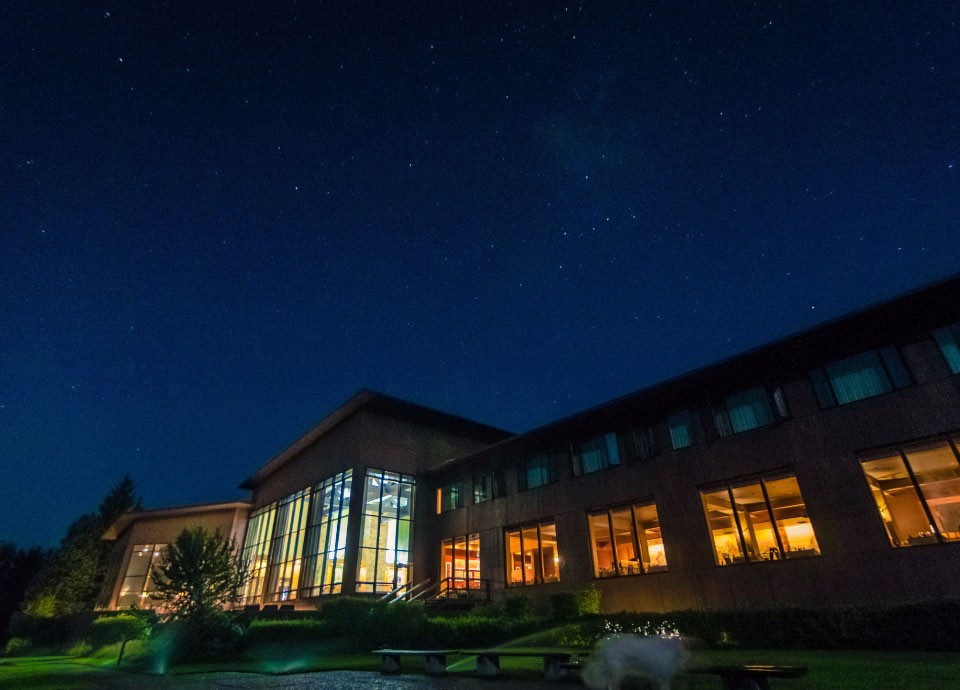 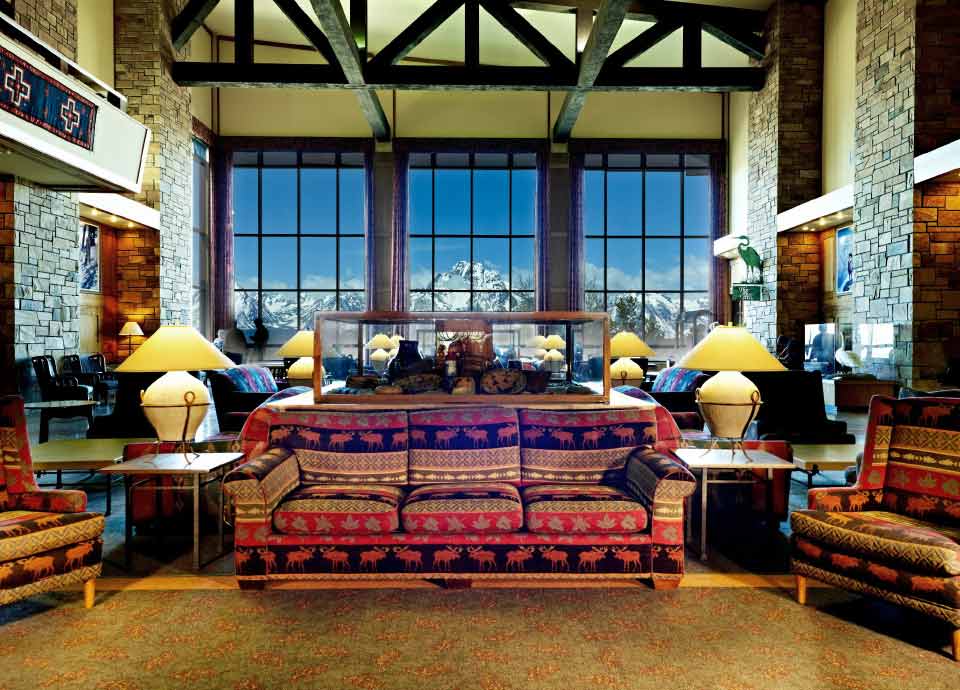 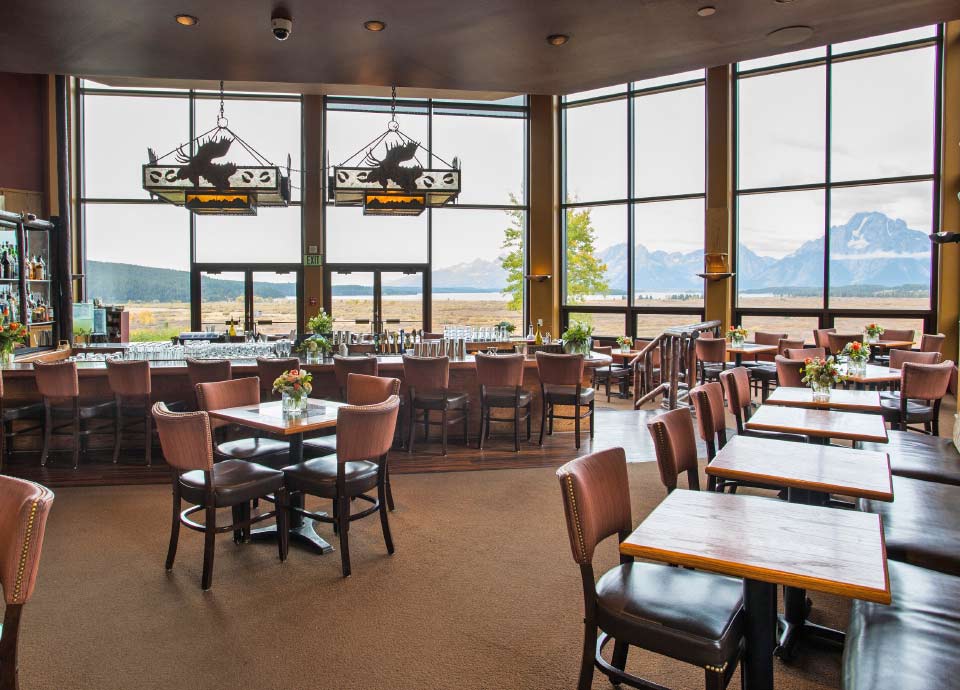 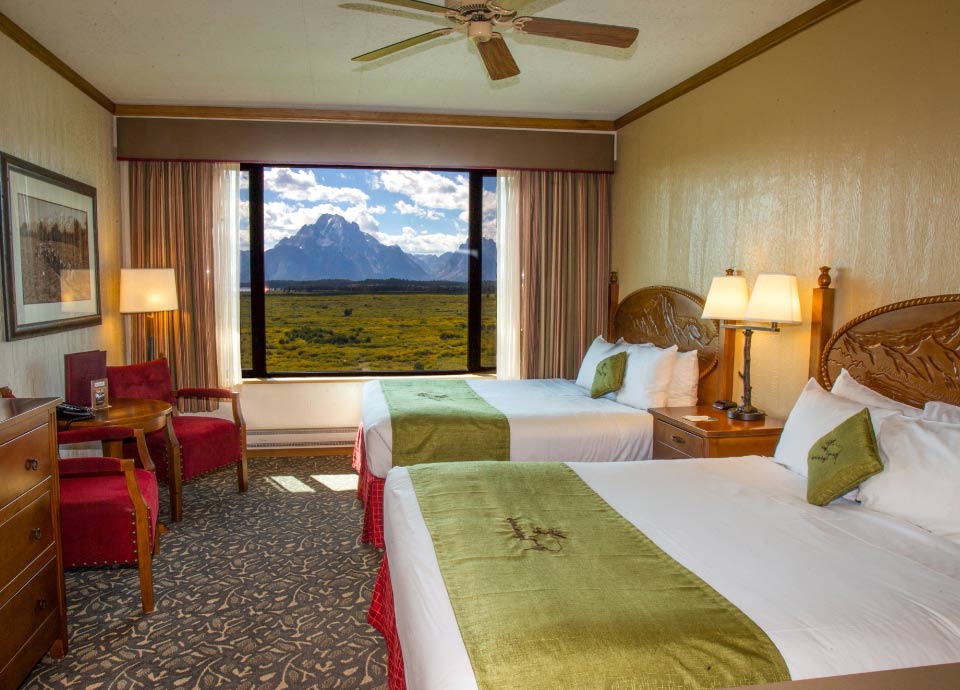 Jackson Lake Lodge is the premier accommodation in Grand Teton National Park. Built in 1955, it was the first example of modernist architecture in a national park. The contemporary design was intended to express a sense of a new era after World War II. Its ambitious size was a nod to the importance of the national parks to American culture and tourism, and a boost to the post-war economy. Though its look was very different from other grand national park lodges, the flat concrete and glass structure was designed to blend in with the landscape as much as its rustic-style predecessors. In 2003, the lodge was designated a National Historic Landmark. Today, Jackson Lake Lodge offers guests the same impressive encounter with one of the West's most striking settings as it did when it opened. In the main lounge, soaring stone walls hold 60-foot floor-to-ceiling plate glass windows that showcase the lake and Teton peaks beyond, which rear straight up from the valley floor. Walking paths along the willow flats area in front the lodge may reveal glimpses of deer, moose and other wildlife.

Accommodations are in lodge rooms and classic cottages in a forested setting just a few minutes' walk from the main lodge. Complimentary Wi-Fi is available in all guest rooms. Rooms also have a mini-fridge, coffeemaker, phone, USB charging station, iron, hair dryer and bathroom toiletries. Rooms do not have television or air conditioning, though you likely won't miss them, as the lodge is located at 6,867 feet—evenings can be quite cool—and we'll be outside observing nature and wildlife most of the time anyway, which is the draw of any stay here.

Jackson Lake Lodge is still operated by Grand Teton Lodge Company, which was founded in the mid-1950s by John D. Rockefeller, Jr. in tandem with the construction of the lodge. The company is a leader in environmentally responsible practices, implementing an extensive recycling program, using high-efficiency lighting, low-flow water fixtures, eco-friendly cleaning agents, and recycled-content carpet and mattresses, and building its dining room menus around local and sustainable food sources. 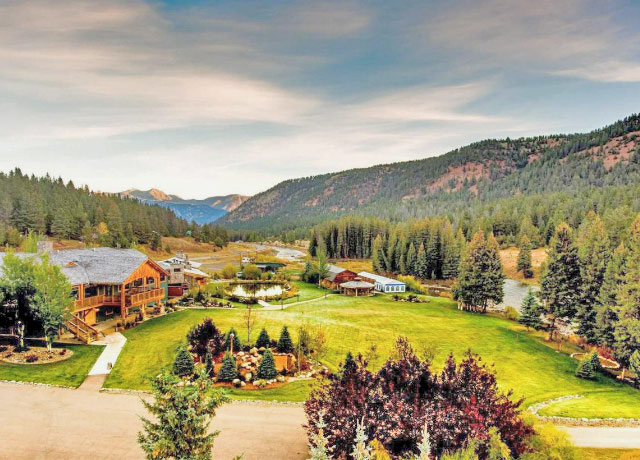 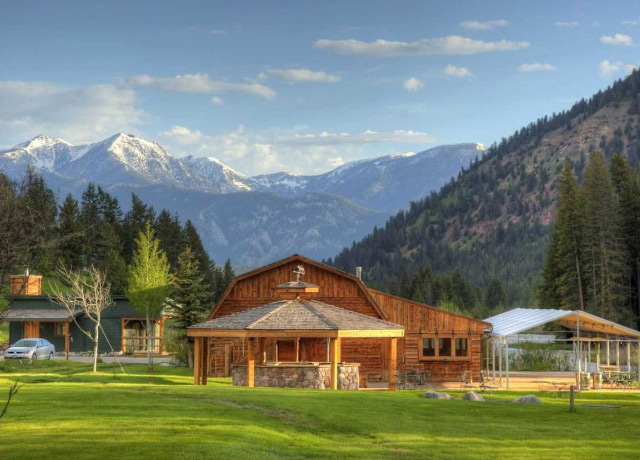 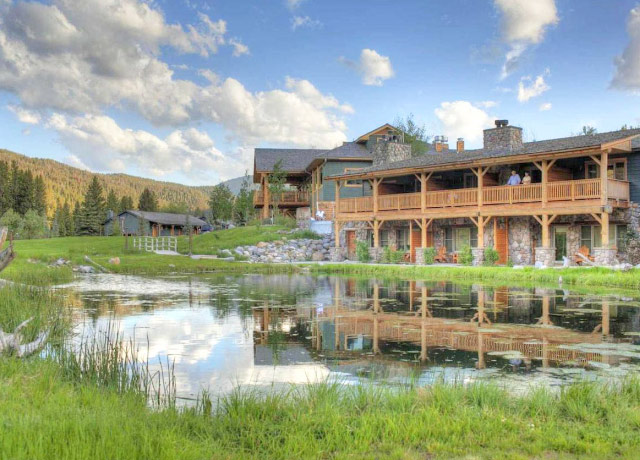 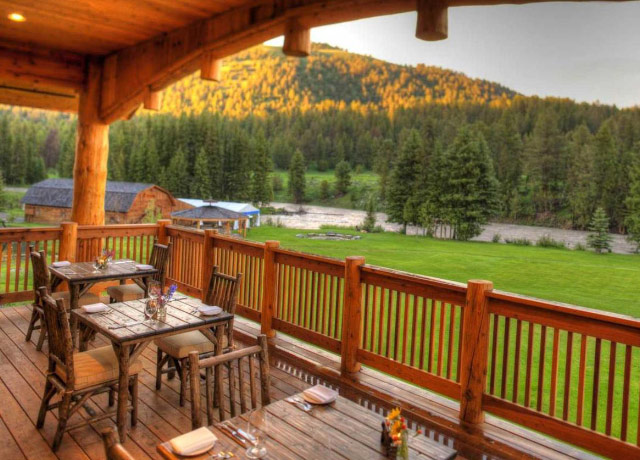 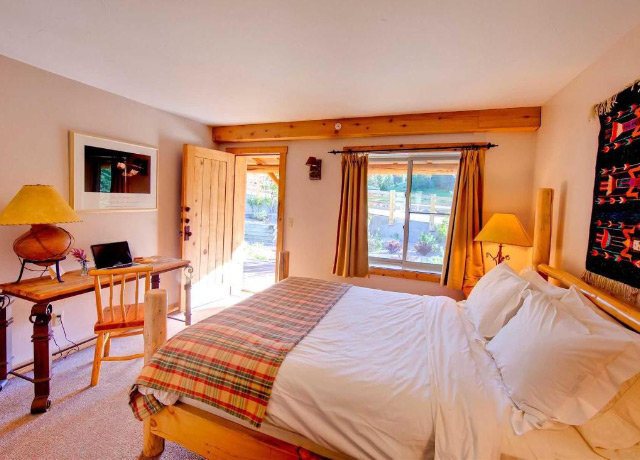 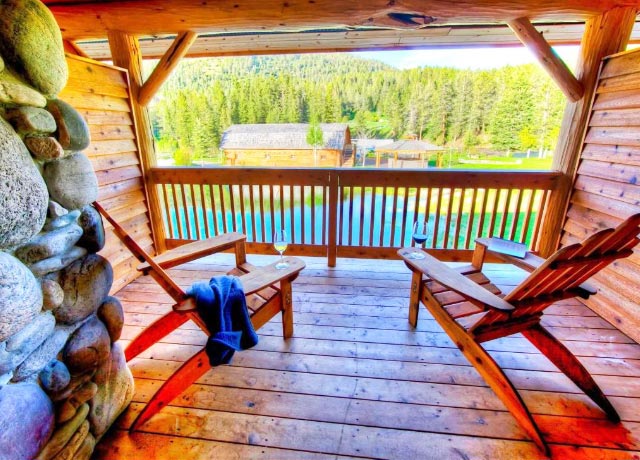 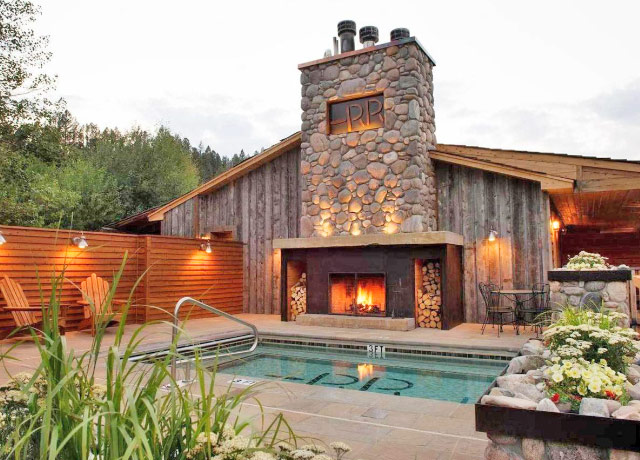 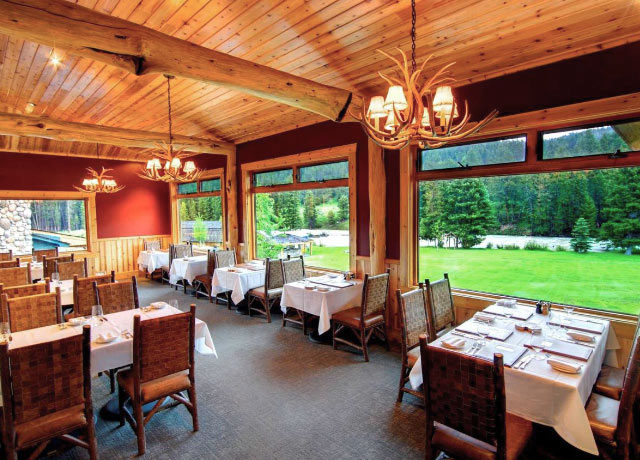 Rainbow Ranch Lodge combines the rustic ambience of the Rocky Mountain West with classic elegance and contemporary sophistication. Top-tier accommodations, food and wine are central to a stay at this inviting property on the banks of the Gallatin River just south of Big Sky, Montana. Guest rooms feature handcrafted lodgepole pine beds with plush down comforters, a spacious sitting area with desk and chair, TV, woodburning river rock fireplaces, and a deck overlooking the river or pond. Furnishings with rustic details further the western atmosphere, including wrought iron lamps and a log coffee table. The main lodge contains the lounge, with large leather sofas for relaxing, a full bar and two dining rooms. The large covered deck overlooks the river, mountains and historic 1919 barn, now used for events. A hot tub and fire pit round out the spots where guests can kick back and relax.

While Rainbow Ranch Lodge is just over a decade old, with all the modern amenities discerning guests appreciate, the original roadhouse that occupied this site was built in 1919. Named "The Halfway Inn" because of its location halfway between Bozeman and West Yellowstone, the property was originally homesteaded as a cattle ranch by the Lemon family. As travelers passed through the Gallatin Canyon, they needed a place to stay, so the Lemons began renting rooms and making meals. The ranch served as a hub for travelers and the local community alike into the 1940s, with services growing to include a gas pump, store, auto shop, smokehouse, blacksmith and sawmill. The founding owners sold the property in 1946, and the subsequent owners closed all other businesses except the inn, which became known as Rainbow Ranch Lodge because of the multicolored tiles on the the roof of the original building. The main lodge was continually improved throughout the 1980s and '90s, but a fire destroyed it in 2008. Within a year, it was rebuilt—the beautiful main lodge you'll enjoy today—incorporating the same rustic flair and understated elegance that had defined it previously.
Questions?
We've Got Answers!
Talk with an Adventure Specialist
Call Our Boulder Office
800-543-8917
or
We're Proud of the Reputation We’ve Earned

Get Weekly Updates
Our weekly eNewsletter highlights new adventures, exclusive offers, webinars, nature news, travel ideas, photography tips and more.
Ask a Question
Fill out the form below to receive additional information about our Yellowstone: Adventure Under the Big Sky or give us a call at 800-543-8917.
Download Trip Details
Receive our handy trip PDF by email and have everything you need at your fingertips, including highlights of the trip, itinerary, accommodations, and full details on dates, prices and logistics.


Click here to see your trip details PDF. You should also receive it by email momentarily.
/us-national-parks-tours/yellowstone-big-sky-summer-adventure/accommodations/
Physical Requirements