Quito has a crisp climate that is cool at night and mildly warm during the day. There is also always the possibility of an occasional light rain shower. 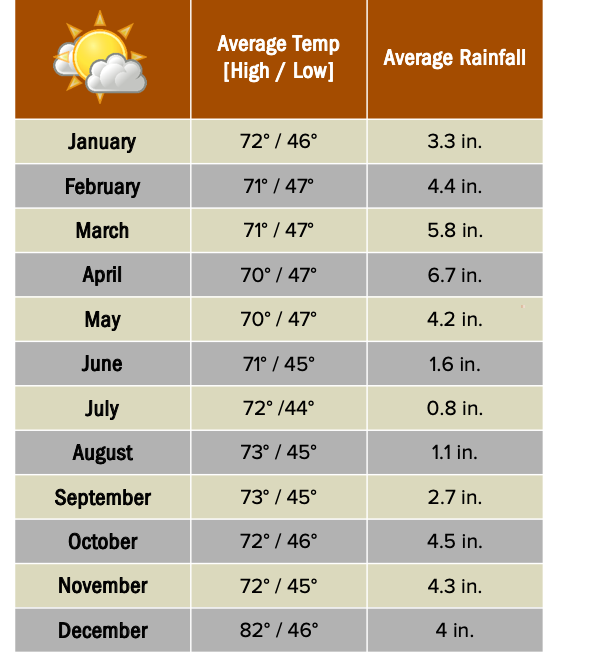 Weather in the Galapagos is quite different from that of higher latitudes. Its location on the equator imparts a stabilizing influence on the climate, and the nearby ocean currents bring a unique seasonality. Only two seasons are evident: the warm, rainy season and the cool, season.

The season extends from July through November. Cool waters from the Humboldt Current (coming from the coast of South America) and the Cromwell Current (an equatorial countercurrent bringing cool water from deep in the ocean) bring a foggy overcast known in South America as “.” This overcast is widespread and quite moist. The highlands of the islands receive most of their annual moisture from the fog-drip that accompanies the . In fact, this cool, season is actually the wet season relative to the rainy season!

Daytime temperatures seldom exceed 75°F, and water temperatures range from the low 70s throughout most of the islands, down to about 60°F on the west side of Isabela. These cooler waters also bring a distinct plankton bloom and a richer environment that supports the great seabird populations of the Galapagos.

The warm, rainy season (which is paradoxically the drier season) spans the months of December through June. It results from the slackening of the Humboldt and Cromwell currents, and the disappearance of the . During the rainy season, there are often warm, sunny periods interspersed by rain showers and occasional downpours. Generally, it is very pleasant.

The ocean is clearer and warms to the high 70s or even 80s degrees F; air temperatures can reach the low 90s. It can be extremely humid, and the is replaced with clouds that gather around the higher islands. These clouds are formed from of the warmer waters and occasionally result in rain, often confined to the higher elevations of the islands. In some years, it is quite scarce.

El Niño is the annual slackening of the Humboldt Current or, more accurately, a seasonal reduction in the upwelling along the South American coast. It generally occurs around Christmastime, hence the name El Niño or “Christ Child.” Periods when this phenomenon occurs earlier or is more intense become known as “El Niño Years.” The ocean is less productive because there are fewer nutrients available for the plankton to grow. Weather patterns can also be affected in unpredictable ways due to a strong El Niño. The months of December and June are transition months, and their climates can alternate between seasons from one year to the next.

La Niña is the term given to the counterpart phase of the El Niño oscillation. During La Niña phenomenon, the sea surface temperature across the equatorial Eastern Central Pacific Ocean will be lower than normal by 5 to 9 degrees Fahrenheit. The ocean is more productive and marine life such as marine iguanas and sea lions have more food and populations tend to increase.

Wildlife is always present, and birds breed at different times, so even within a single species, you can witness courting behavior or young in nests in any given month. The best time to see the waved albatross is April through mid-December. The ocean starts to get a bit choppy in July and is at its roughest from August to October. The best time to view the green sea turtle is November to when mating activity can be observed in the water.

Temperatures are recorded in only a few locations on the islands, and conditions can vary. Certain regions could be several degrees warmer or cooler. Ocean temperatures can vary even more widely. The warmest waters for snorkeling are in the winter. In the summer, water temperatures are cooler. 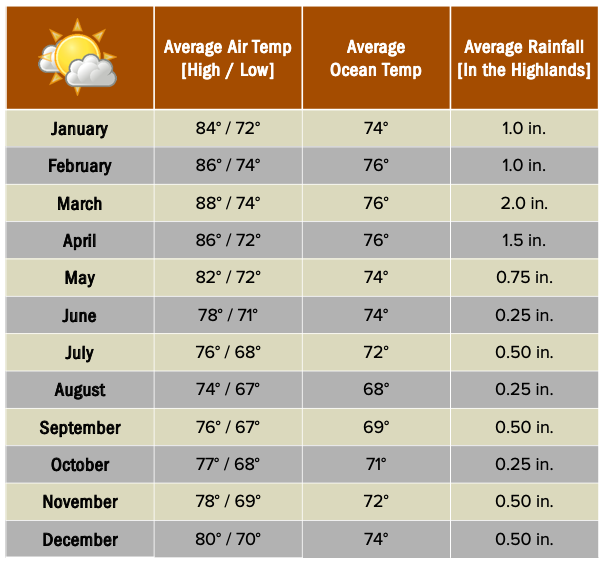 Small-group adventures aboard your choice of private yachts, led by our outstanding naturalist guides and photo pros. Snorkel and swim with sea lions, sea turtles and penguins on this incomparable nature odyssey.
8 or 10 Days / Year-Round
From $5995 (+air)
16
Photo Departures Available
New Ship!
Know Before You Go