At any time of year, Scottish weather can be unpredictable. A mild, sunny day can easily turn into a tumultuous storm, complete with wind, rain fog. It pays to always be prepared for wet or cooler weather. To be prepared for these variable temperatures, we highly recommend that you bring layers of clothing, including a fleece and/or warm jacket, and DO NOT forget your waterproof rain gear!

Scotland is warmed by the Gulf Stream from the Atlantic, and given its northerly it is much warmer than might be expected. However, temperatures are generally lower than in the rest of the United Kingdom. In general, western Scotland is warmer than eastern Scotland. The warm Atlantic currents influence the west, and the colder surface temperatures of the North Sea affect the east.

The Highlands are the wettest place in the United Kingdom with annual rainfall exceeding 120 inches. In comparison, much of Scotland receives fewer than 31 inches annually, and eastern and southern parts of the country receive no more rainfall than the driest parts of England. 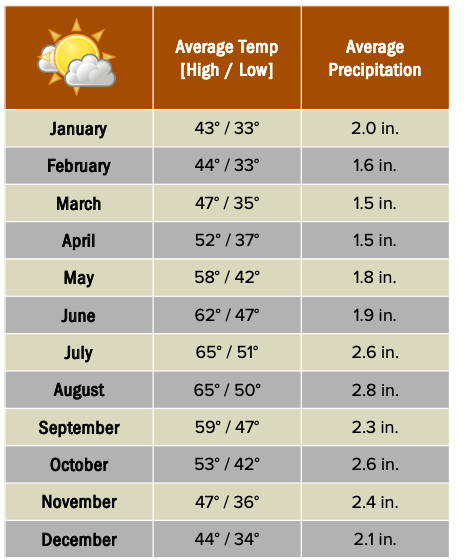 An immersive journey into the rugged grandeur of a land sculpted by intense geological forces. Discover Iceland on the most comprehensive nature adventure this compact country has to offer.
11 Days / Jul–Sep
From $13995 (+air)
11
Photo Departures Available
New Trip!
Know Before You Go