New Zealand’s climate is quite complex and varied. Travelers should expect a cool, temperate climate on the South Island, with severe alpine conditions in the mountainous areas. Mountain chains extending the length of New Zealand provide a barrier for the prevailing westerly winds, dividing the country into dramatically different climate regions. The west coast of the South Island is the wettest area of New Zealand; thus, when traveling in this region, you should be prepared to encounter rain. The areas just to the east of the mountains are the driest. Keep in mind you should be prepared for cold, wet weather with possible hail and freezing rain.

Most of New Zealand receives between 23 and 63 inches of rainfall throughout the year, with a drier period during the summer. Parts of the west coast can receive 300 inches a year! The temperatures during your adventure will range from 45°F to 90°F.

The coldest month is usually July, with the warmest month typically being January or February. During our trips, the following seasons can generally be expected:

Sunshine hours are relatively high in areas that are sheltered from the west, and most of New Zealand experiences at least 2,000 hours annually. The midday summer solar radiation index (UVI) is often very high in most places and can be extreme in northern New Zealand and in mountainous areas. Autumn and spring UVI values can also be high in most areas. 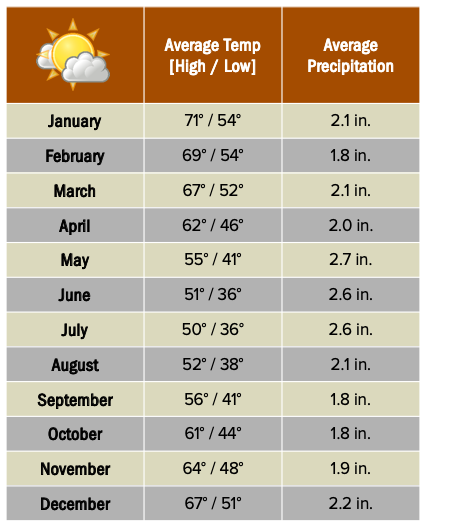 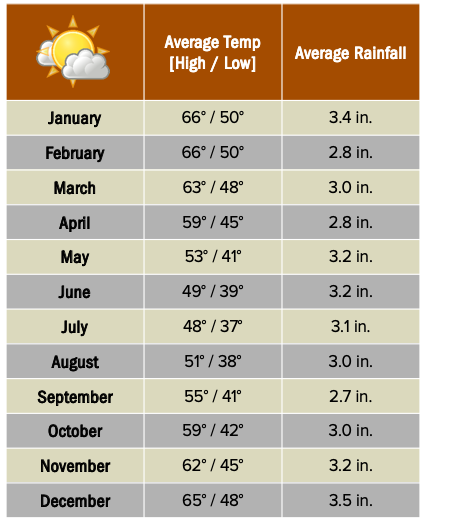