Dana grew up on Long Island, New York, along a canal that led to the Atlantic Ocean. Her father is a fisherman, and from the time she was very young, he would take her out on his boat to go fishing, clamming, etc. Dana spent a lot of time out on the water and watched the ecosystem of her home change drastically during her childhood—especially after Hurricane Sandy. It went from a place she could swim and catch frogs to a place of devastation and pollution. Dana spent a lot of time doing beach cleanups, helping the local wildlife, and photographing as much as she could along the way. Seeing this magical oasis she loved as a kid transform so quickly, she knew she wanted to spend her life doing everything she could to protect other places just like it.

Dana studied photography at Parsons School of Design, spending her first few years at school minoring in environmental science before graduating with a Bachelor of Fine Arts degree. She’s been a social media manager for a photo printing retail company the past 8 years and a freelance photographer for the past 10 years. Her passion for conservation and travel is what led her to Nat Hab!

As a freelance photographer, Dana has worked with a few nonprofits over the years that brought her to places like Botswana, Yellowstone, Haiti, the Upper Peninsula in Michigan, and more to tell visual stories of people and animals. In addition to her assignments, she’s spent months camping all over the U.S., tracking and photographing wildlife, to later sell prints and donate most of the proceeds to different conservation projects. Doing so has taught her so much about animal behavior, people's relationship to nature, conservation, and travel. Dana's job as a social media manager has given her the experience to build and manage social media followings using photo, video, and written content to generate engaged communities around brands. She’s excited to blend these two roles together for Nat Hab and build an online community that's passionate about conservation through travel.

Watching a leopard hunt and enjoy a meal just alongside a Jeep in Botswana is Dana's ultimate travel highlight. Second would be in Alberta, Canada, where Dana and her partner sat and watched a sow and her three cubs—two black cubs and one rare white cub—eat and play for hours alone in the backcountry. She knew the white cub was something typically only seen on the coast of British Columbia and that they were experiencing something extremely rare, so she was so grateful the sow allowed them to watch the bears for so long. Some of Dana's other nature travel highlights include hiking Machu Picchu, seeing sloths in the cloud forest of Costa Rica, hiking around Victoria Falls, Zimbabwe, and swimming in the Cenotes of Mexico.

Dana is an animal nerd through and through. She's super passionate about conservation and the unbelievable resilience of nature. She is fascinated by keystone species, rewilding and how nature can heal the planet. She is also really interested in human-wildlife conflict and how we all can be more educated and thus more prepared to coexist with animals while we live and recreate in their habitats.

Dana has lived in Los Angeles, California for the past 7 years so that she can spend 364 days a year recreating outside. You can find her hiking with her dogs, camping out of her van, and out photographing in the backcountry! 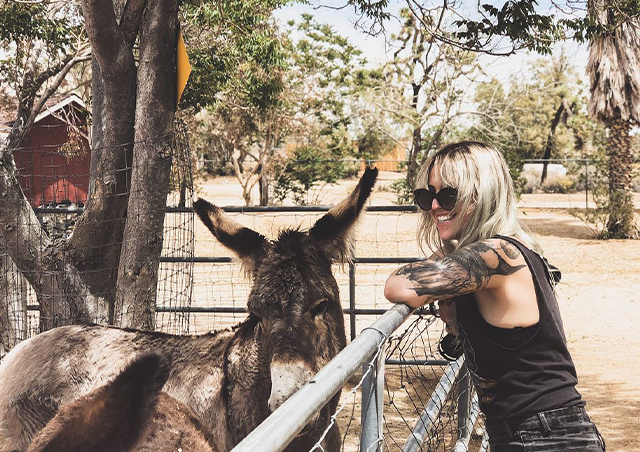