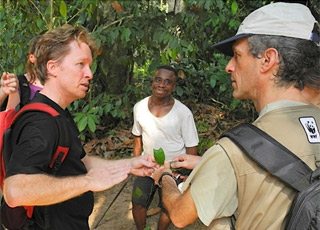 Governments at the Convention on International Trade in Endangered Species (CITES) agreed to develop a comprehensive reporting mechanism on the illegal killing and trade of great apes.

According to the United Nations Great Apes Survival Partnership (GRASP) Stolen Apes report, launched at the CITES meeting, 22,218 great apes were taken from the wild between 2005 and 2011 to be traded illegally on international markets, primarily for the pet trade.

WWF believes that the real number of apes killed and traded is double or even triple this figure, due to the larger, more influential and significant bushmeat trade. Especially in Central Africa, ape meat is still a sought after commodity for mid-high level socio-political functions.

Although there are recent exceptions, range state governments do not regularly reinforce the ongoing work of anti-poaching teams. According to WWF, well patrolled protected areas, with demonstrated cases of imprisonment of illegal wildlife traders, offers the best chance of securing African great apes in the wild.

Most of the apes captured for the pet trade are infants, the preferred bounty for poachers. But adult apes are not willingly letting their young go, and often defend their families to the death.

Great ape populations in Africa often share their habitat with civil wars, illegal logging and the expansion of agriculture and other industrial activities which threaten their habitat. Conservation efforts are also threatened by highly infectious diseases which can kill vast numbers of great apes in single outbreaks.

TRAFFIC, the wildlife trade monitoring network, has supported work to mitigate the effect of illegal meat trade on apes in Central Africa.

“Illegal domestic and international trade in great apes and their parts continues to have a strong detrimental effect on the survival of wild orangutans, gorillas and chimpanzees,” said Roland Melisch, TRAFFIC’s Director for Africa and Europe.