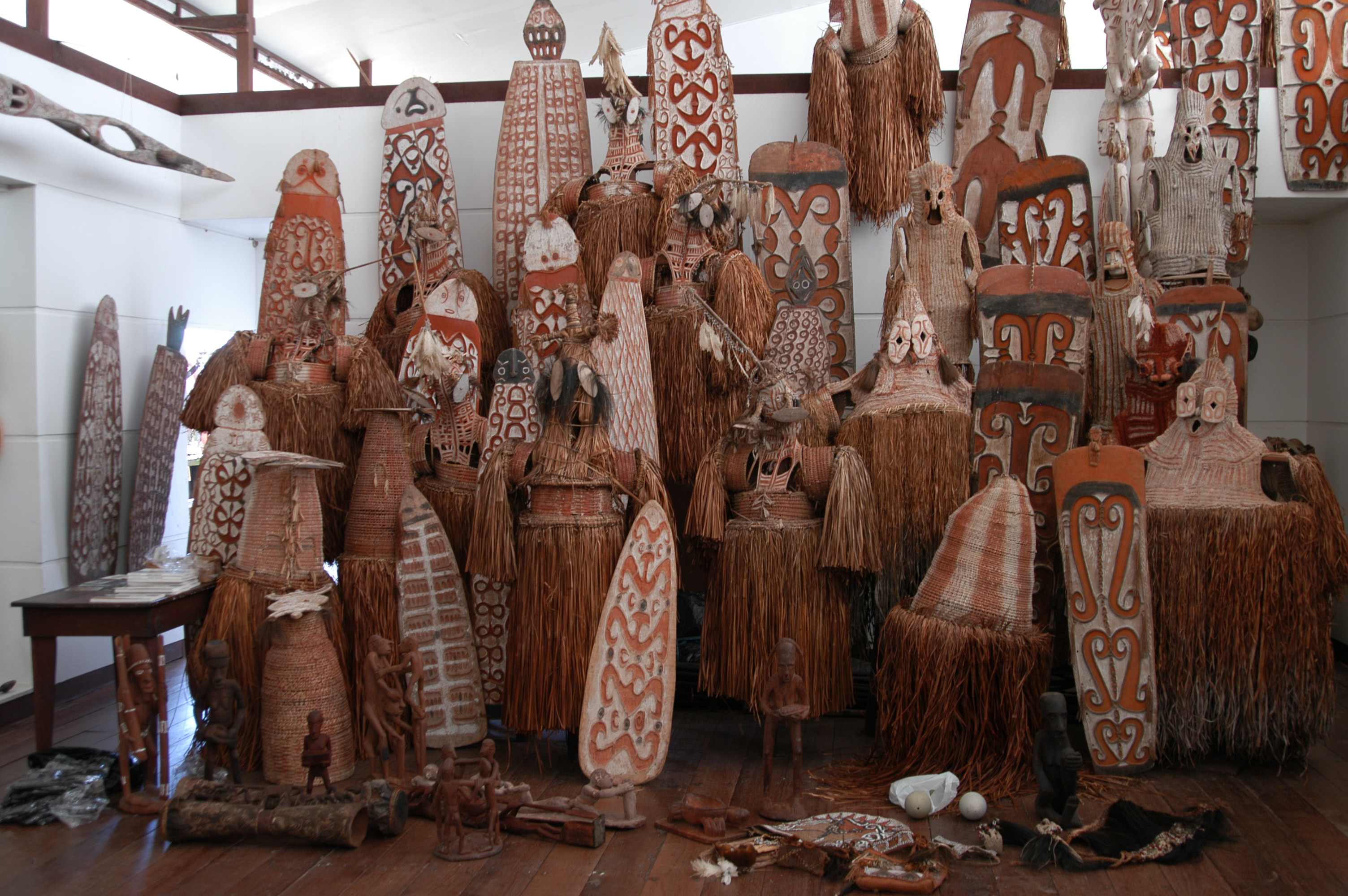 Wood is the source of life, according to Asmat tradition. Their creation story begins with a figure named Fumeripits, the first Asmat wood carver. His story begins as loneliness creeps over Fumeripits, who spends his days dancing alone. To overcome this feeling, he decides to chop down wood and methodically carve out human figures to keep him company; he also carves a drum after realizing that the inanimate carvings aren’t enough to fulfill his desire for company. Fumeripits begins to rhythmically beat the drum and slowly the figures creak to life.

The Asmat, in New Guinea, continue to pay homage to nature, life and family. Many of their wood carvings represent and honor their ancestors; they are an effort to appease their spirits. The forests are in a very real sense – life for the Asmat community.

The Asmat’s close ties to nature however are threatened. New Guinea’s forests are the third largest in the world, after the Amazon and Congo, an impressive fact, but when paired with the knowledge Papua’s relative isolation, a story of overuse and exploitation also emerges.

WWF is working with Asmat communities to establish the Asmat Carving Association and Cultural Festival to promote sustainable livelihoods. By promoting the responsible use of forest, this less extractive artisan-focused industry can preserve the beauty and life of the forests, as their woodwork is valued highly worldwide.

Usually held in October, the cultural festival prominently features woodcarvings from the Asmat Tribe as well as a display of skills and work from other Asmat artisans including weaving, musical and dance performances and boating.

In the Asmat district, WWF is also currently working with the district government and local communities to develop low-impact community logging enterprises. Providing technical assistance such as GIS mapping and policy engagement, WWF is supporting local residents to manage their forests for future generations.

This simple yet intricate tradition handed down by previous ancestors may once again hold its rightful place in their community, allowing the Asmat Tribe to thrive, forests to recover and providing others with a glimpse of the rich, abundant role natural resources play in Asmat life.
Conservation