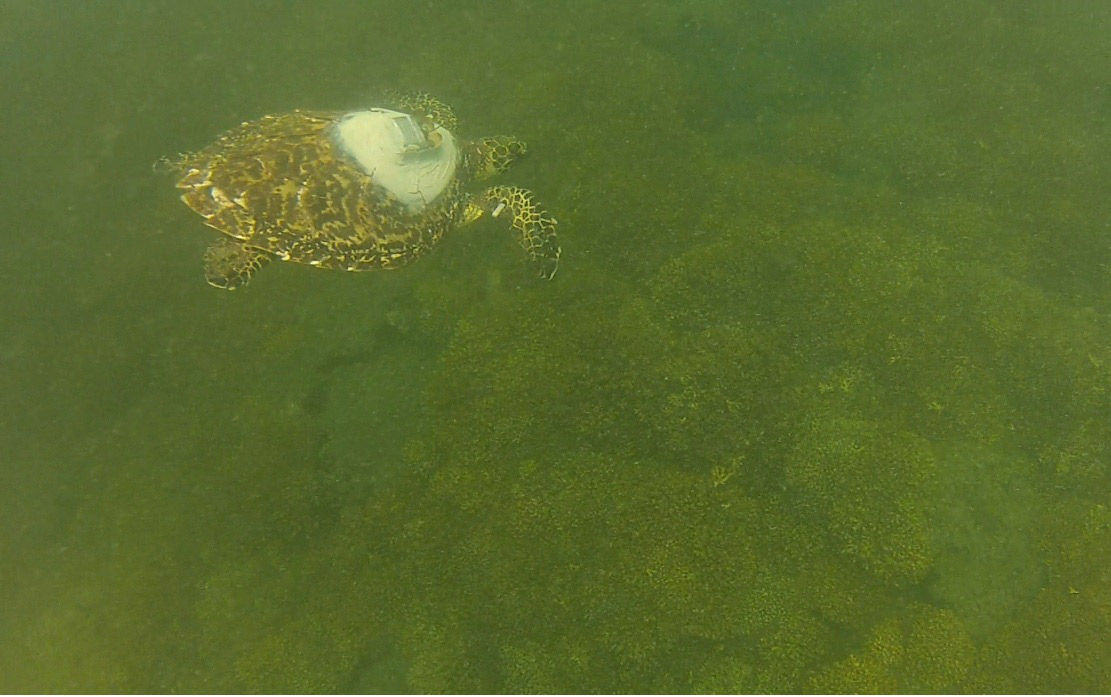 Marine turtles spend most of their time in the ocean, only coming to shore to nest. We still know very little about their migration patterns, though. Satellite tracking is one way of filling that knowledge gap, allowing researchers to track marine turtles as they swim from place to place.

WWF places satellite tags on marine turtles in many areas around the world. The information collected from the tags helps us to design better management strategies for their conservation, such as creating marine protected areas for important feeding areas or addressing threats to nesting beaches. Knowledge of marine turtle migration pathways is also important to reduce interaction with fisheries, when turtles too often become victims of bycatch, the incidental capture of non-target species.

Satellite tracking involves attaching a special piece of equipment to a marine turtle's shell. The transmitter, or ‘tag,’ sends a message to a satellite each time the turtle comes to the surface to breathe. We then know the location of the turtle and plot it onto a map.
WWF has placed satellite tags on two juvenile hawksbill turtles in a protected area within the Eastern Pacific.

The photo here illustrates a turtle swimming off, uninhibited by the tracking device that has been affixed to its shell. The satellite tags and attachment process are harmless to the turtle. Turtles adapt quickly to carrying the tag, which are designed to eventually fall off.
The two turtles from this project were released in a different location than where they were captured. WWF is also testing to see whether hawksbills have reef fidelity—they always return to the same place and will stay there.