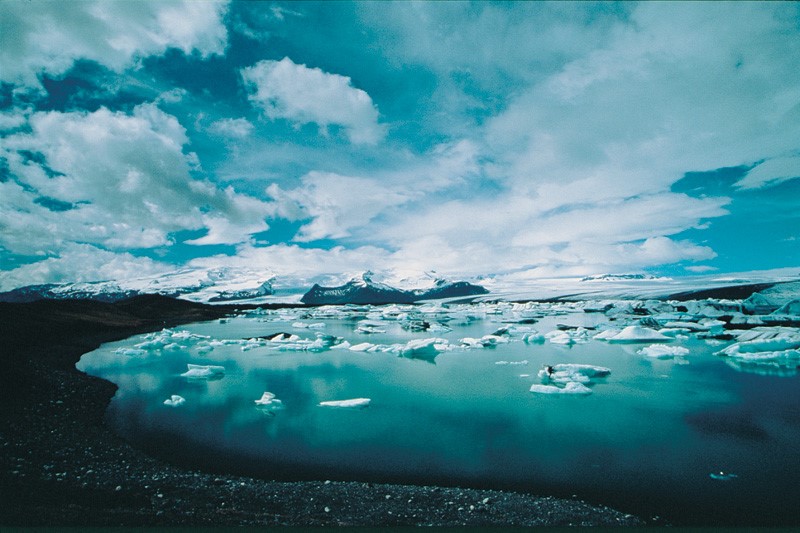 Areas of frozen ocean are an essential part of the Arctic landscape. Polar bears need it for hunting, walruses for resting, people for fishing. Data shows that the amount of ice covering the Arctic Ocean’s surface has reached in lowest point ever. Arctic inhabitants are adapted to the ice’s normal seasonal patterns of melting and refreezing, but this overall declining trend is problematic.

Why is the ice melting so quickly? We all know about carbon dioxide’s role in climate change, but recent studies have revealed another big player: black carbon.

Ever noticed a layer of black dust inside your fireplace? That’s soot, or black carbon, and it’s produced when wood burns. Black carbon is also produced by burning fuel. A lot of the carbon ends up in the atmosphere. Eventually, those particles settle on the ground and can be very damaging.

The problem of ship emissions
In the Arctic, diesel-burning ships produce black carbon, which settles on snow and ice. The particles absorb sunlight and accelerate melting. Black carbon is the second biggest contributor to melting sea ice in the Arctic, next to increased carbon dioxide levels.
More melting of sea ice leads to more open water in the Arctic. This creates more opportunities for shipping. More vessels then lead to more black carbon emissions. And more black carbon causes more ice melting—a dangerous cycle affecting the people and wildlife, such as polar bears and walrus, that depend on sea ice for survival.

There is a way to stop it, though
We can reduce black carbon emissions through regulations on shipping vessels that pass through Arctic waters. There are technologies that can be applied to clean the soot coming out of engines.

WWF is advocating for such regulations and urging them to be adopted as part of a code for Arctic shipping. WWF, as part of a broader Arctic coalition of partners, is pushing the International Maritime Organization to create black carbon regulations. The International Maritime Organization is the UN agency responsible for ship safety and marine pollution prevention.
Reducing black carbon on shipping vessels in the Arctic will have immediate impact on the ground in the Arctic and is an effective way to reduce warming in the region.

Arctic wildlife and people need solutions to ensure a future for their sea ice world.

Get Weekly Updates
Our weekly eNewsletter highlights new adventures, exclusive offers, webinars, nature news, travel ideas, photography tips and more.
Request Your 2022 Catalog
View Our 2022 Digital Catalog
Send Us a Message
Use the form below to send us a comment or question.
Refer a Friend
Earn rewards for referring your friends! We'd like to thank our loyal travelers for spreading the word. Share your friend's address so we can send a catalog, and if your friend takes a trip as a first-time Nat Hab traveler, you'll receive a $250 Nat Hab gift card you can use toward a future trip or the purchase of Nat Hab gear. To refer a friend, just complete the form below or call us at 800-543-8917. It's that easy! See rules and fine print here
/conservation/wwf/wwf-in-action/iceland/
Physical Requirements