The Impact of Climate Change on the Beluga Whales 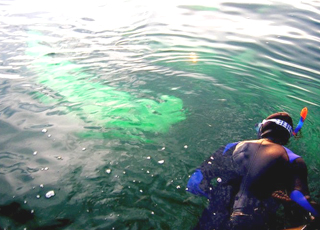 Every year, roughly 57,000 beluga whales migrate to Canada’s western Hudson Bay for the summer, making it the largest summering concentration of belugas in the world. The whales gather in this area to feed, give birth to their calves and nurse them in the shallow, warmer productive waters of the Churchill, Nelson, and Seal River estuaries. The whales then migrate to Foxe Basin and Hudson Strait where they overwinter in the sea ice leads and polynyas.

Currently there are no protections for either the summer or winter habitats of the West Hudson Bay population of belugas, which has been designated a species of Special Concern by the Committee on the Status of Endangered Wildlife in Canada (COSEWIC), and is currently being reviewed for inclusion under the Species at Risk Act (SARA).

As with many Arctic sea-ice-dependent species, beluga whales are affected by the loss of sea ice caused by climate change. As ice decreases in Hudson Bay, the possibility of a larger volume of ship traffic through the port of Churchill will increase, leading to greater potential for an oil spill in the region. Such a scenario would be very damaging to the coastal habitats that the belugas instinctively return to each year.

There is also a regime shift underway in ecological community structure of Hudson Bay. Documented decreases in sea-ice-dependent fish in Hudson Bay such as Arctic cod, along with associated increases in more open-water subarctic/north temperate species such as capelin and have very significant implications for the marine food web that underlies the Hudson Bay ecosystem.

As Hudson Bay continues to warm, local Inuit communities and scientific surveys have also documented an increased presence of orcas in the area. Collaborative research between scientists and coastal communities have noted that while orcas (killer whales) were not known to be present in the region prior to the mid-1900s, there has since been an exponential increase in sightings. In Hudson Bay, belugas have been documented as the number-one prey species of orcas, adding another potential climate-change-induced threat to the Hudson Bay beluga populations.

WWF-Canada is supporting GPS satellite tagging of beluga whales in Hudson Bay to better understand the movements and micro-habitat usage of beluga whales during their annual migrations. This information will be crucial for assessing proposed shipping routes, as well as oil spill trajectories in Hudson Bay and Hudson Strait. It will also allow conservation experts to study to what extent belugas may be able to adapt to their rapidly changing environment.