Bhutan’s natural resources are on the brink of being more threatened now than ever before, despite the government’s political will and conservation milestones. Why? The country has changed more in the last 50 years than the past 500 years combined.

With change comes new challenges, particularly for Bhutan's environment. Natural resources are exploited as new industries are created and existing ones grow to meet the needs of a rapidly growing population. There are fewer “stewards of the land” in rural areas, as people move to cities and larger towns in search of the perceived and real comforts of modernity. And, as in many Asian countries, the impact of climate change and the poaching of wildlife are on the rise.

Since the 1970s, WWF has worked with the government of Bhutan, Bhutan-based nonprofit organizations and local communities to achieve a balance between economic growth and environmental conservation. For example, WWF helps Bhutan conduct extensive wildlife surveys, create conservation management plans for national parks, and educate rural communities about how to minimize human-wildlife conflicts.

WWF is currently committed to creating an innovative funding approach called Bhutan for Life. Funding generated through this initiative will be used to manage the country’s parks and wildlife corridors in perpetuity. Sustainable economic development, such as ecotourism and organic farming, will be allowed within Bhutan's protected areas, making this initiative a prime example of how the Bhutanese maintain balance. 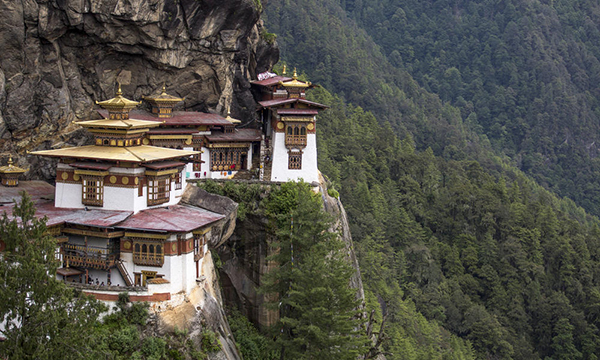