A Legacy in Antarctica Continues 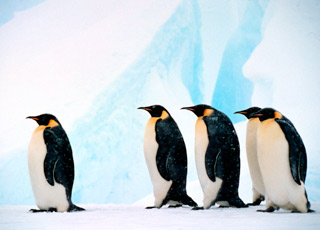 “We should have the sense to leave just one place alone.”

These were the words of Sir Peter Scott, WWF’s founder, in 1966. He was talking about Antarctica – and summoning the commitment and determination to leave just one place on Earth pristine and protected.

Sir Peter’s wish was so simple and so clear – a single place free from human interference and where wildlife can live in endless cycles of beauty and diversity.

You may not know that Sir Peter Scott inherited his love of nature and the Antarctic from his father. His father was none other than Captain Robert Falcon Scott, the famous Antarctic explorer. The data and samples collected by Scott on his exploration provided an incredible legacy of science and conservation which has endured and flourished for a century.

As Scott lay dying, unable to complete his ill-fated return from the South Pole, his final, tragic letter to his wife Kathleen urged her to “make the boy interested in natural history if you can.” That wish was fulfilled as Peter started what would become the world’s leading conservation organization, World Wildlife Fund.

WWF works towards achieving Sir Peter Scott's vision for Antarctica and the Southern Ocean by increasing the network of Marine Protected Areas, developing initiatives to protect seabirds and improve fisheries management and establishing an effective climate change monitoring program among many other initiatives.

WWF continues to work and study Antarctica so that it remains pristine and protected, fulfilling the lifelong vision of Sir Peter Scott.