Norway is filled with deep fjords, sapphire inlets and stunning northern lights. Nature here has the power to make you forget about time.

There are places in the world and experiences in life that make you forget about time. For me, one of those spots is in Yellowstone National Park, and many of those episodes happen when I’m on a nature tour. Freed from the schedules and deadlines of my normal routine, I find I rarely look at my watch or a clock. During those lucky breaks, I don’t divide the day into hours and minutes, instead taking my cues from how I feel—usually hungry or tired—or the rising and setting of the sun. I’m sure you know of similar places and have had comparable experiences.

Recently, an island in Norway decided to address and take advantage of that feel-good emotion. In June 2019, the 350 residents of Sommaroy—which translates into “Summer Island”—signed a petition to make their home that sits west of Tromsoe and north of the Arctic Circle the world’s first time-free zone during the midnight sun period, from May 18 to July 26.

Was the move just a publicity stunt to spur tourism, or does the idea have some real legs?

In the petition, Sommaroy’s residents argue that during the 69 days in the year when the sun does not set on their island, it is impossible to adhere to society’s conventions of waking when the sun rises and sleeping after the sun sets. Of course, the opposite phenomenon occurs during winter: the sun stays below the horizon and the skies remain dark from November to January.

For generations, summers in Sommaroy have been spent without regard for time as measured by the clock. The days are drawn out, with many people hiking, kayaking, mowing the grass, painting their houses, playing soccer or swimming in what the rest of the world would call the middle of the night. Having coffee with friends on the beach at 2:00 a.m. is a normal thing. Residents don’t tend to say, “I’ll meet you at 6:00 p.m.,” preferring to state just “later.” Here, it seems arbitrary and a nuisance to live according to traditional time. So, at a town hall meeting on June 13, 2019, Kjell Ove Hveding, one of the key islanders behind the initiative, handed over dozens of locals’ signatures to members of Norway’s central government asking that Sommaroy become a time-free zone.

Although it might be shortly after midnight, the sun does not set on the island of Sommaroy in the summer.

Proponents of going time-free say this would allow residents—especially students and workers—to make the most of the months when the sun remains permanently above the horizon.

Still, everyone does recognize that this would cause some logistical problems. Planes and trains need to depart and arrive at certain hours. Employees do have to clock in for their jobs, and school classes need to begin and end at predictable intervals. Hotel rooms need to be checked out of, preferably on time. And, surely, the ubiquitousness of devices with built-in clocks, such as cell phones and kitchen appliances, would make it difficult to avoid knowing the hour.

Despite the obstacles, getting rid of clocks could work well for visitors. Along with fishing, tourism is one of the main industries on the island, but many travelers have trouble sleeping when there is 24-7 daylight. Changing the mind-set about time could help them relax and enjoy their surroundings to the fullest.

The flip side of the midnight sun in Sommaroy occurs during winter: the sun stays below the horizon and the skies remain dark. ©Sommaroy Arctic Hotel Tromso, flickr

After the initial round of reporting on the petition’s delivery, CNN reported that it turned out to be just a publicity stunt. NPR said they got duped, and it was all an elaborate strategy to jump-start tourism. What makes this event so intriguing to me, however, is that science seems to support both sides: there are pluses to staying on the world’s time schedule and to going time-free.

Some aspects of time are innate, say some researchers, honed over the course of our evolutionary history. According to an article in Gizmodo, Hanne Hoffmann, assistant professor of animal science at Michigan State University, said that “[H]umans did not evolve in the Arctic. Our bodies have adapted to this 24-hour cycle generated by the rotation of the Earth. We can’t really go against evolution, and that’s what is happening in those locations. You’re going against what we’re programmed to do.”

People who live in regions with little-to-no sunlight in winter and a never-setting sun during summer are often advised to maintain a regular sleep cycle by any means available to them, such as exposing themselves to diffused florescent light or using blackout blinds, depending on the season. The circadian rhythm, which is effectively a 24-hour internal clock, is vital to human health, scientists say, regulating not only wakefulness and tiredness, but also heart function, hunger, immunity and stress levels.

Realistically, going time-free would cause some logistical problems, especially for transportation schedules. ©N i c o l a, flickr

But I’m not so sure I would characterize Sommaroy’s plan as only a marketing strategy. Elements of this idea seem to be sound.

Society on the whole has been ruled by the clock for only for the past two centuries. Before that, daily you worked as long as it was necessary, you ate food when you were hungry, and you rested when you were tired. It is only in modern times that we have surrendered to the pace of the clock, from the moment we get up.

Time, then, is a social construct, with flexibility in how we keep it. Earlier this year, for example—after Finland collected more than 70,000 citizen signatures—the European Union voted to abolish the mandatory transition to daylight saving time, giving its member nations the opportunity to choose whether they would continue turning clocks ahead one hour in the spring and back one hour in the fall.

All over the world, people suffer from depression and stress. In many cases, this can be linked to the feeling of being trapped by the clock. It seems reasonable that they could strongly benefit from Sommaroy’s proposed way of looking at time.

People like to draw out the long summer days in Sommaroy, Norway. Going to the beach in the middle of the night is not unusual.

The wonder that awaits in the absence of time

It will probably prove to be too complex to truly make Sommaroy an entirely time-free zone. However, the petition does make us think about how the pressures of time affect us. Officially having a time-free zone in the world would formalize the way many of the Norway island’s residents already live, encourage people to appreciate nature more and attract visitors who wish to forget about time, if only for a few days.

As Pulitzer prize-winning playwright and novelist Susan Glaspell once wrote: “A clock is a little machine that shuts us out from the wonder of time.”

If you’d like to learn firsthand why Norway was named one of the world’s happiest countries in this year’s World Happiness Report—taking third place behind Finland and Denmark—check out Natural Habitat Adventures’ new Norway tour. 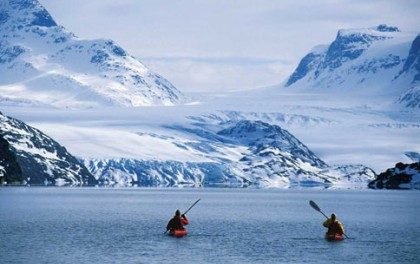 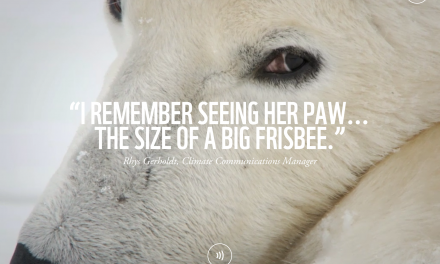 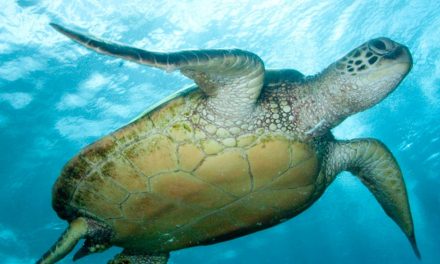 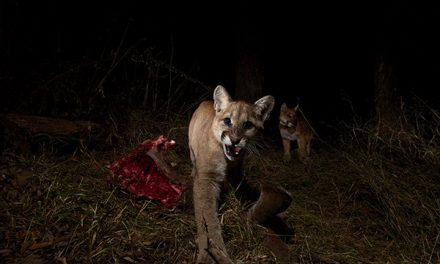