Polar Bears Are My Spirit Animal

This was my first trip to the Arctic.  To see polar bears in Churchill, Canada, was an experience far beyond my expectations.  The trip combined wildlife viewing, appreciation of the Arctic ecosystem and the effects of climate change.

I was truly moved by the abundance and variety of wildlife we witnessed.  Over 3 days in the Polar Rover, we saw 23 polar bears, 4 foxes, countless seabirds and land birds, and lemmings. Churchill's wildlife was blissfully unaware of our human presence, so we were able to observe their natural behavior in the wild. The polar bears lounged around conserving energy and what was left of their fat reserves, waiting for the ice to form on Hudson Bay. They did everything our guide told us to expect—they lifted their legs to cool off; sniffed other bear footprints to smell the pheromones released through foot pads mama bears protected their young from hungry male bears. 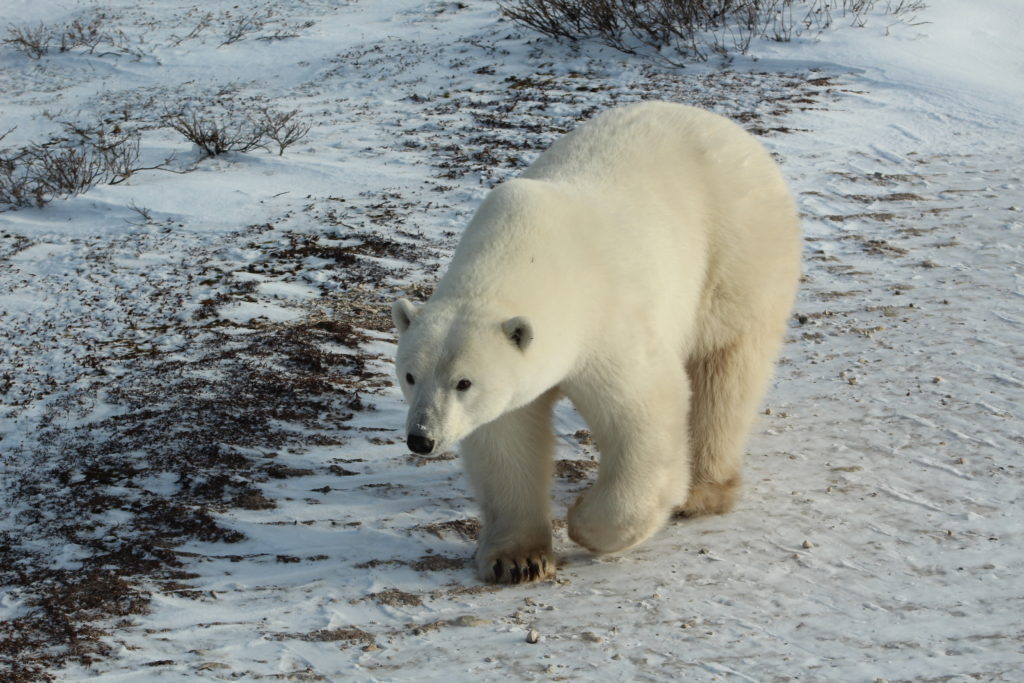 Our last day on the tundra, our group spotted 13 bears.  We saw the same mom and two cubs every day we went out.  And on the last day, we had two close encounters.  First a female, and then a male circled our rover, placing us within 5 feet of these majestic creatures. We passed many others, including a mama bear and cub away from the bay and other bears among the willows on a spit of snowy land surrounding a frozen tundra lake.  The young cub put on a show for us – rolling around, cooling off with one rear leg up in the air, and diving again and again into a snow bank with its front paws, mimicking its mama’s behavior by practicing seal hunting. By the time we saw them we had taken loads of pictures, so we were able to put our cameras away and just delight in the experience of watching polar bears in their natural habitat, just being polar bears.

We also saw two red foxes and two silver foxes.  The foxes ran around hunting rodents, seemingly performing just for us. The silver fox -- related to the red fox – has fur coloration ranging from bold silver to black, and the ones we saw were solid black. Since we hadn’t seen any, we asked about Arctic foxes and learned that as a result of climate change, red and silver foxes are migrating north, predating on Arctic foxes and taking over their dens. 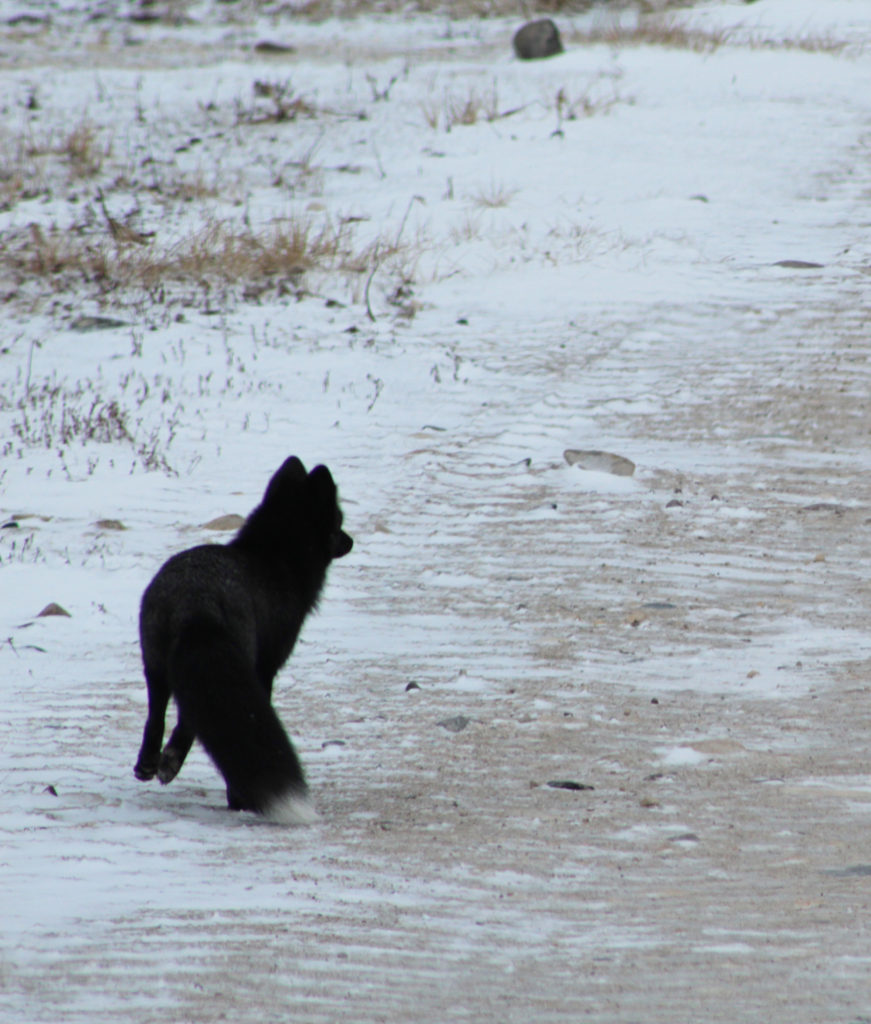 We saw ptarmigans blending into the snowy arctic tundra.  We were in awe of the many arctic birds surrounding us, including Edinger ducks and possibly a snowy owl that swooped quickly out of sight before we could do an absolute identification.

All the wildlife and the magnificent glittery tundra will stay with me always, but polar bears have won a very special place in my heart—the polar bear is now my spirit animal.

Meet the "King of the Arctic!" Our flagship polar bear tour is an expertly guided small-group adventure to see and photograph the world's largest concentration of polar bears on the tundra along Hudson Bay.

Get Weekly Updates
Our weekly eNewsletter highlights new adventures, exclusive offers, webinars, nature news, travel ideas, photography tips and more.
Request Your 2022 Catalog
View Our 2022 Digital Catalog
Send Us a Message
Use the form below to send us a comment or question.
Refer a Friend
Earn rewards for referring your friends! We'd like to thank our loyal travelers for spreading the word. Share your friend's address so we can send a catalog, and if your friend takes a trip as a first-time Nat Hab traveler, you'll receive a $250 Nat Hab gift card you can use toward a future trip or the purchase of Nat Hab gear. To refer a friend, just complete the form below or call us at 800-543-8917. It's that easy! See rules and fine print here
/articles/churchill/polar-bears/polar-bears-spirit-animal/
Physical Requirements