I never truly appreciated the importance of the polar bear as a mascot for global warming and climate change until I saw these magnificent creatures up close and personal on a WWF/Natural Habitat trip to the “Polar Bear Capital of the World,” in Churchill, Canada.

As a member of WWF’s Climate Adaptation and Resilience team, which addresses climate change day in and day out—and thinks about it 24/7—this may sound surprising. But like a lot of Americans and so many others working in this field, I’d admittedly become a bit cynical seeing so many pictures of emaciated bears on isolated, tiny patches of ice. Was it really that bad? Were polar bears really that existentially threatened?

The instant I saw that first bear longingly looking out toward the ice-free bay, the reality of a warming world came crashing home. The longer I spent out on the tundra, talking to Nat Hab’s expert naturalist guides, Rover drivers and local Churchill residents, the more it set in just how vulnerable these amazing bears are enormous changes already underway in the Arctic, and how directly that impacts local lives and livelihoods. 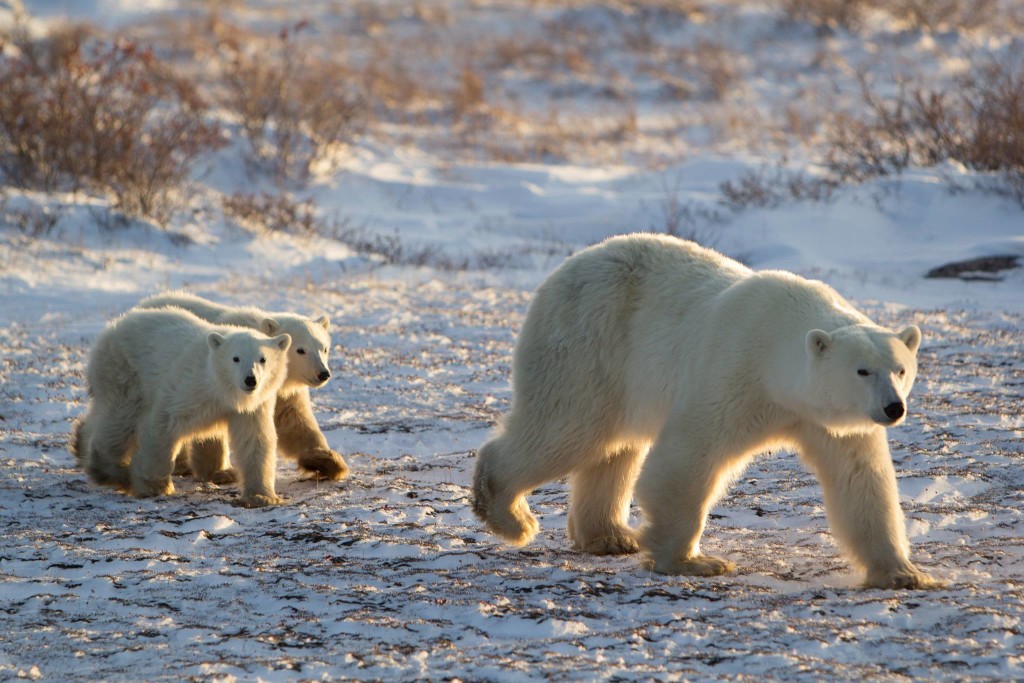 WWF has developed a trait-based wildlife vulnerability assessment to determine traits that make them resilient or vulnerable to changes in climate and recommends climate-adaptive management strategies based on our findings. © Ryan Bartlett/WWF-US

The problem is . Simply put, Arctic sea ice is disappearing at an alarming rate and may lead to a catastrophic decline in polar bear populations in a mere 25 years! That means that the earth may see the end of one of its most renowned species by the time I reach my mid-fifties, due to a permanent loss of millions of square miles of habitat.  That is a mind-boggling rate of change. And while that may seem far off into the future, was clearly already underway in Churchill. With no ice in sight and unseasonably warm temperatures in late November—in some cases barely colder than an average November day in Washington, D.C., where I live, and warm enough to actually rain on the tundra—bears were everywhere on the coast waiting for the ice to form. After an early break-up of the ice in the spring, shortening the ice season even further, the delay seemed particularly cruel, as the bears need the ice to hunt for their food.

But there’s still hope! The recent UN Paris Agreement is a good sign that the world understands the gravity of the problem and is going to do something about it. In the interim, WWF works on reducing other threats to Arctic bear populations such as human-wildlife conflict. WWF is also mapping out the areas of sea ice likely to remain intact well into the future, to prepare for a warming world. Outside the Arctic, we’re working hard around the globe to address increasing threats from climate change on the critical species and ecosystems we care about. 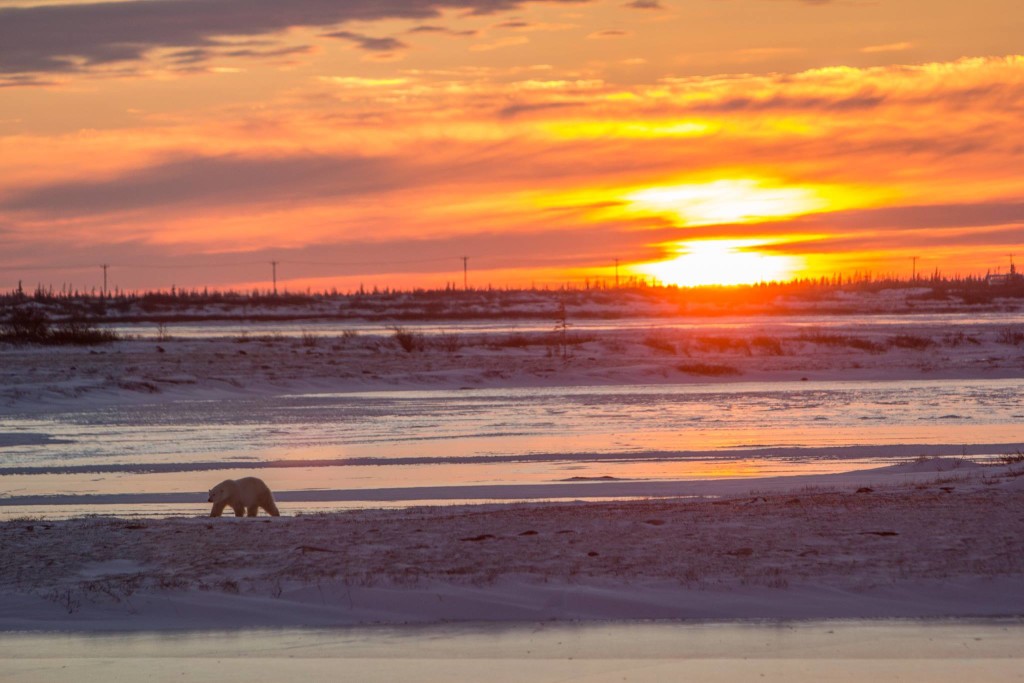 The loss of sea ice habitat from climate change is the biggest threat to the survival of polar bears. Other key threats include human-polar bear conflicts, overharvesting industrial impacts. © Ryan Bartlett/WWF-US.

I spend much of my time as a scientist and project manager working on the bigger picture at WWF.  I incorporate an improved understanding of the risks and impacts of climate change in our work around the world—in part through a new partnership with scientists at Columbia University— however, I don’t often get the chance to see how these changes are affecting species up close. Traveling with Nat Hab to Churchill created an amazing and unique opportunity to see just that, deepening my understanding of the connections between shifts in climate, sensitive ecosystems, and the biodiversity that people from diverse backgrounds care so deeply about, leading to profound lessons about the impact humans are having on the planet for generations to come.

About the author: Ryan supports adaptation efforts throughout the WWF network, including Central Asia and the Himalayas, Coastal East Africa, and Latin America through capacity building and technical assistance. His work focuses on developing tools to better understand and respond to the impacts of climate change, and training WWF staff and partners around the globe to better understand and incorporate adaptation into their work.

Meet the "King of the Arctic!" Our flagship polar bear tour is an expertly guided small-group adventure to see and photograph the world's largest concentration of polar bears on the tundra along Hudson Bay.