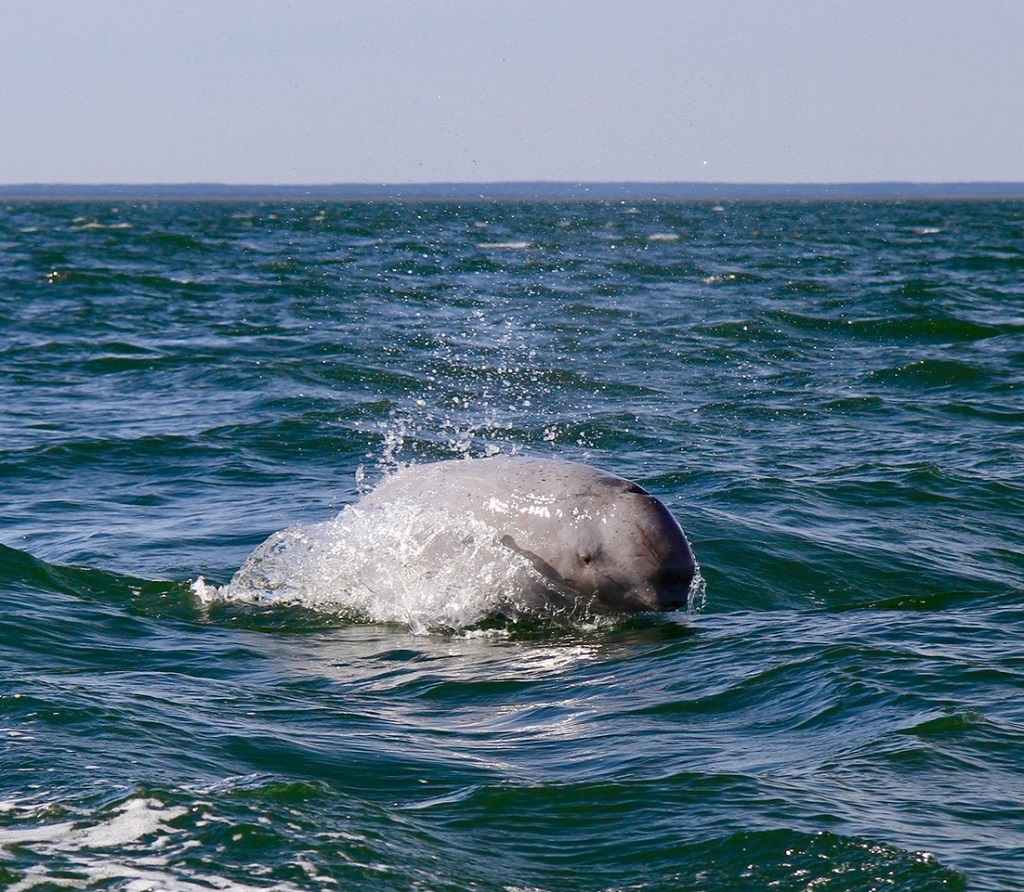 We bump along the surface of the water. Hundreds of beluga whales are at the mouth of the Churchill River, which empties into the enormous Hudson Bay. There are many pairs of mothers and babies in the water. Pods of big white males approach from behind the wake of our Zodiac. There is a 360-degree view of white whales in the waves. It is hard to decide which beluga to focus on with my camera! My best photo is of a slate-gray baby spy hopping next to its mother’s white tail fluke. 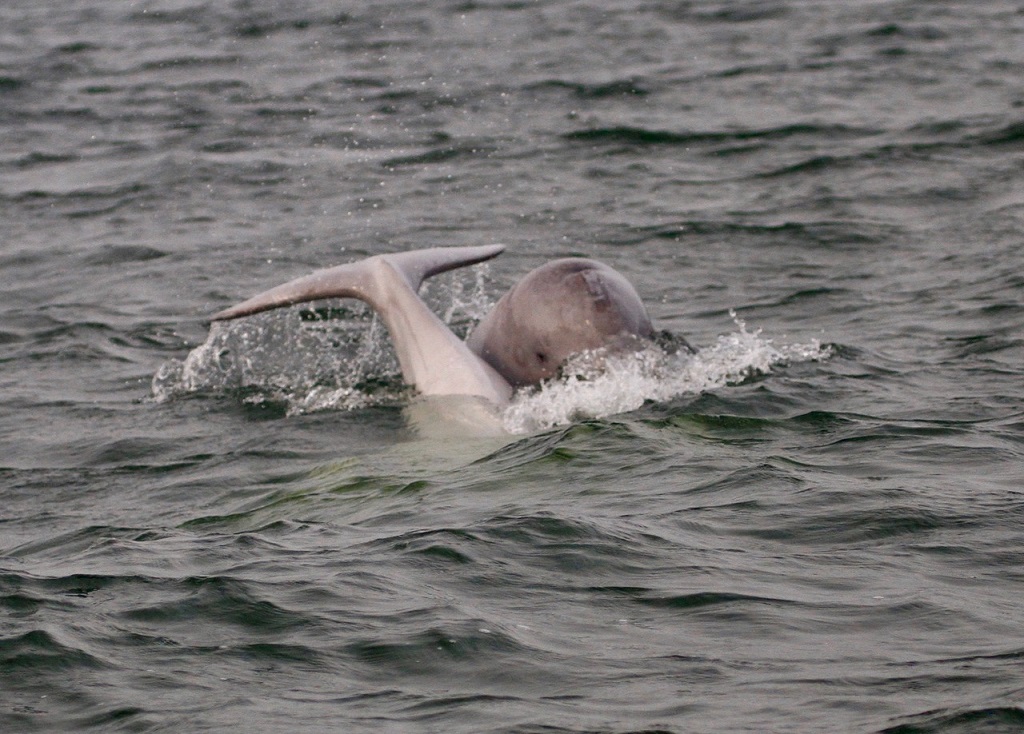 Later, we take a ride on the tundra in a Polar Rover through the Churchill Wildlife Preserve. Boulders moved by glaciers dot the terrain. The orange and black lichen looks pretty on the 1.7-billion-year-old granite rocks. Tundra swans float on the shallow lakes. A slightly higher mound of earth houses an Arctic fox’s den, surrounded by low willows. We see a bald eagle resting after a meal. Purple fireweed grows everywhere. 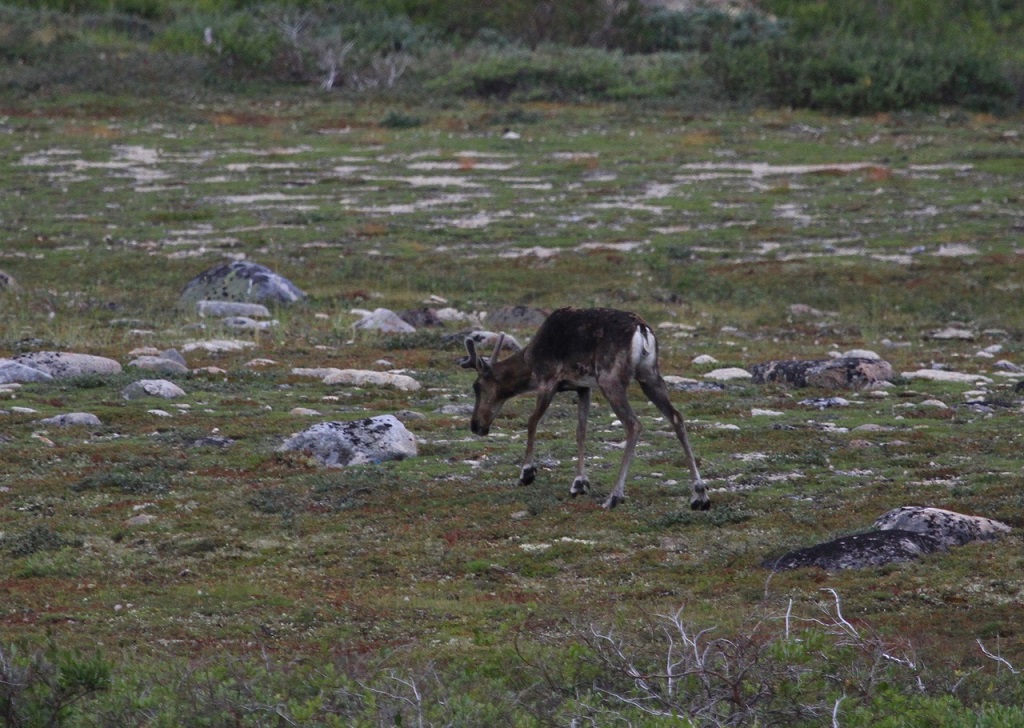 The next day we see a polar bear swimming in the water paddling with his powerful paws, and that afternoon, I hop into a skirted kayak to paddle along with the belugas. Numerous Zodiacs watch over us and keep a lookout for polar bears. The guides tell us the canaries of the sea (the belugas) come when you sing. So I sing the song Baby Beluga the entire time that I am in the water. It works. Belugas dive from behind me and swim underneath me. Hundreds of whales swim around us. They are very curious and accepting of us. But one small adult beluga takes a liking to herding my white-bottomed kayak for some reason. This particular whale glues himself to the side of the boat just in front of my paddle. With his melon and blowhole out of the water, he herds me for minutes at a time. I think this white whale thinks I am a white whale too! 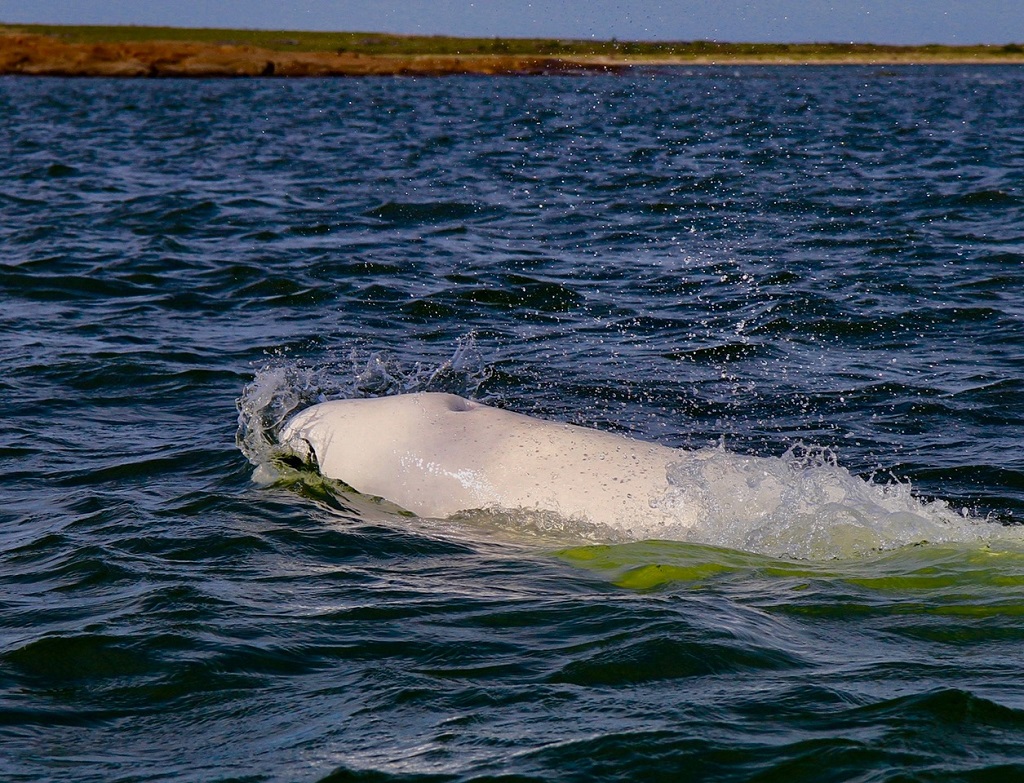