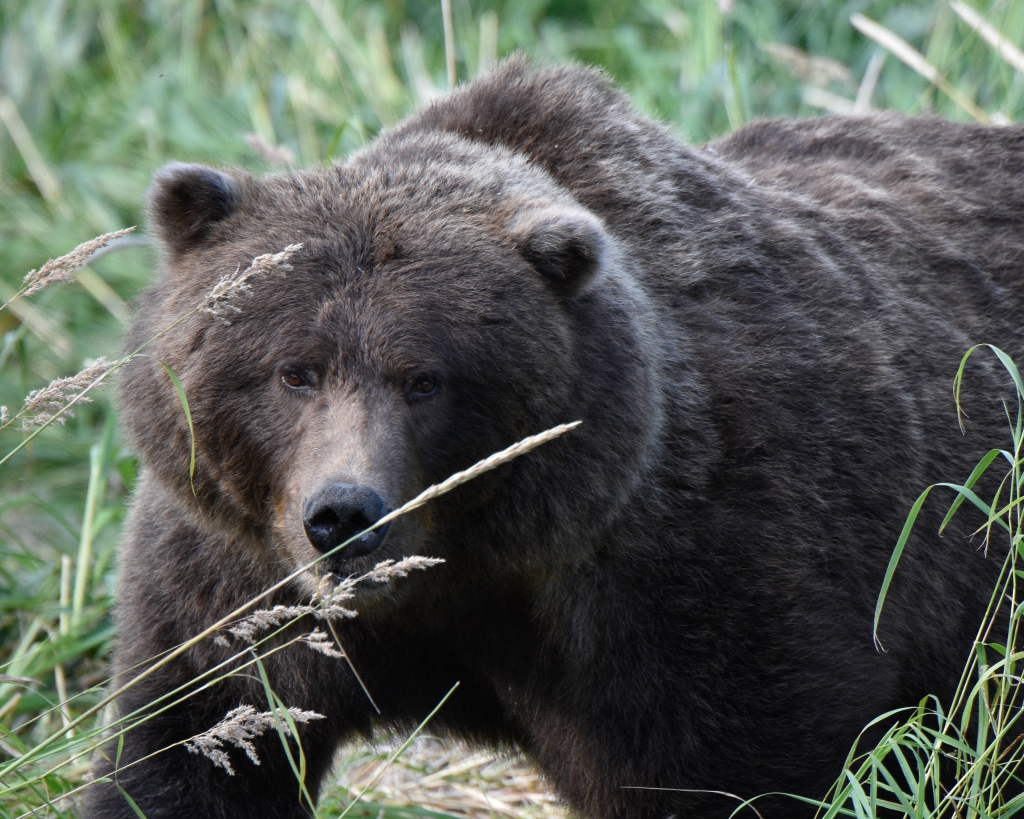 A mother grizzly bear and her two cubs were walking about 5 feet in front of our line of travelers in Katmai National Park, Alaska. There was a small gap between Norma and the next person beyond her, and at one point it looked like the mother bear might just pass right between Norma and the next photographer. She was really hoping she’d actually brush shoulders with a wild bear, but five feet was probably close enough. 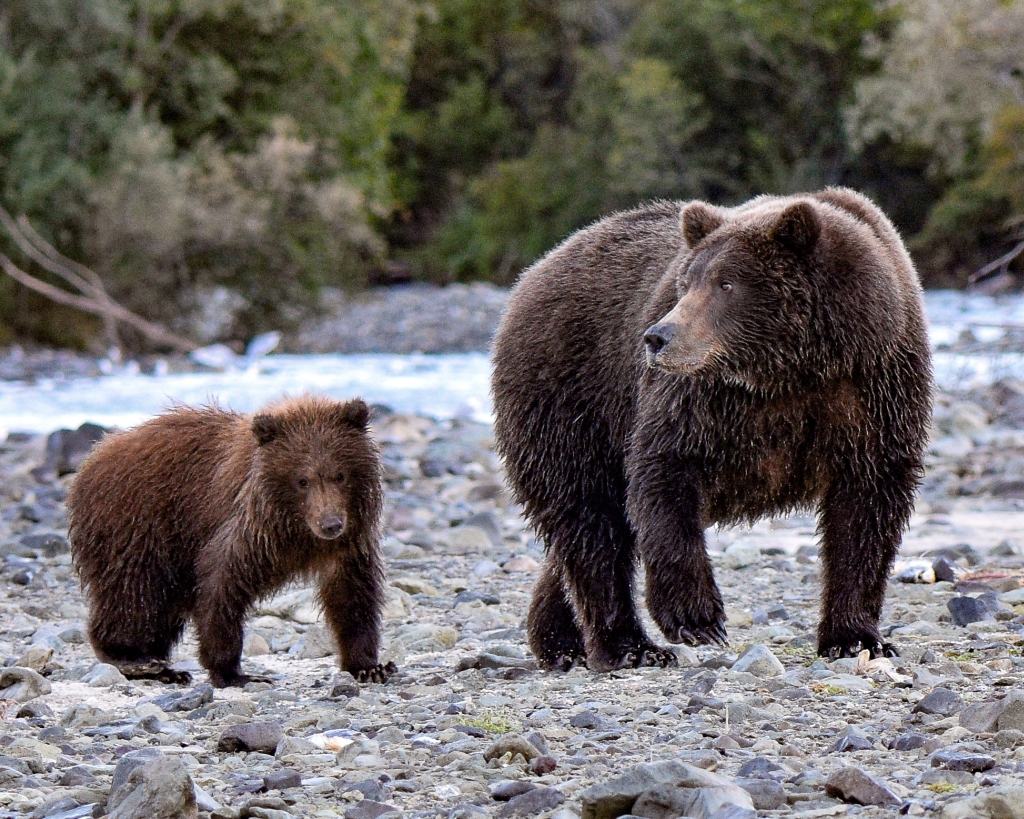 Our Expedition Leader Justin Gibson led us out to an island in the middle of a salmon stream, and we often had grizzly bears feeding on both sides of us. 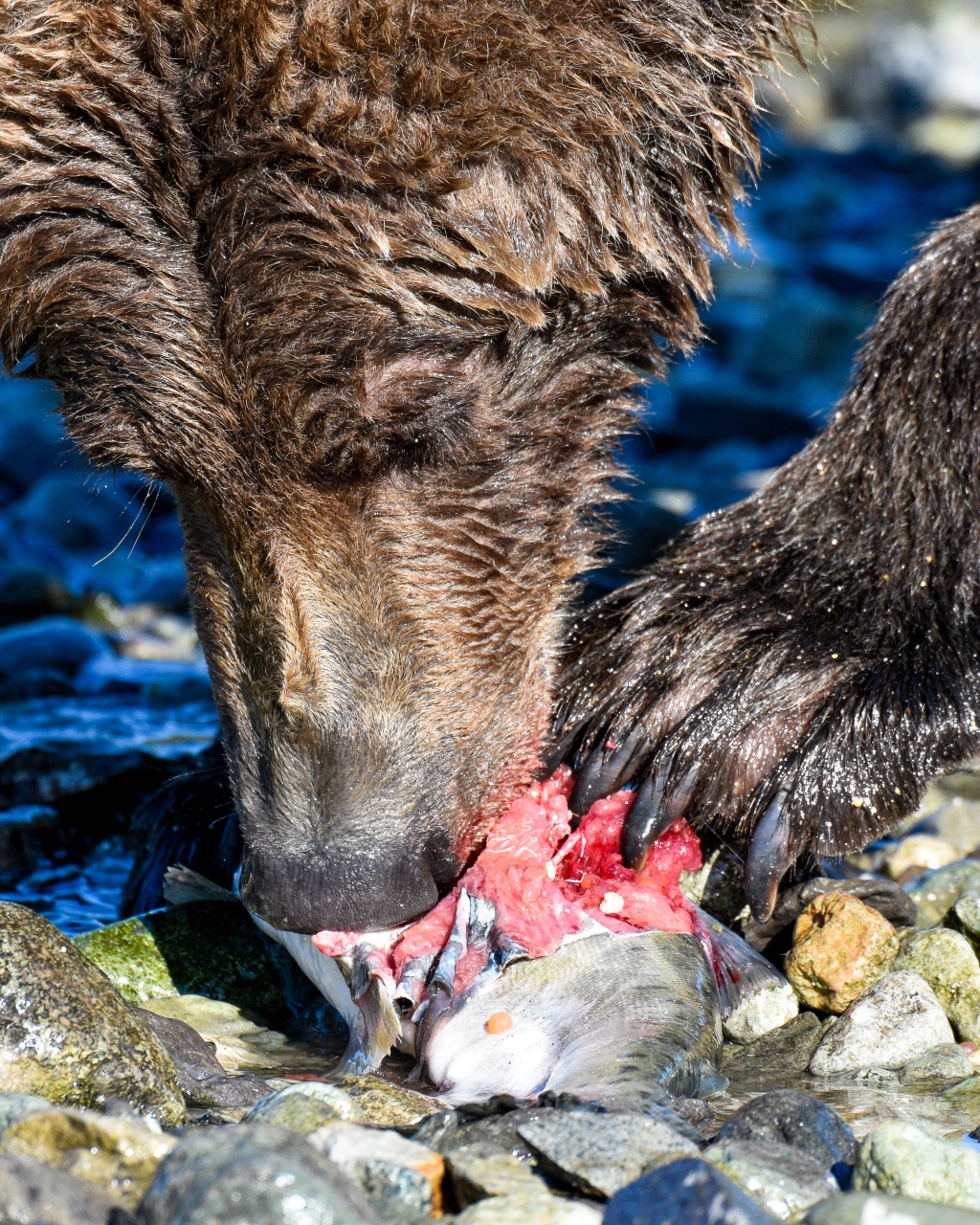 At one point, Norma had turned around and was taking photos of a bear fishing about 12 to 15 feet in front of her. I nudged her, and she pushed back to indicate I should leave her alone. 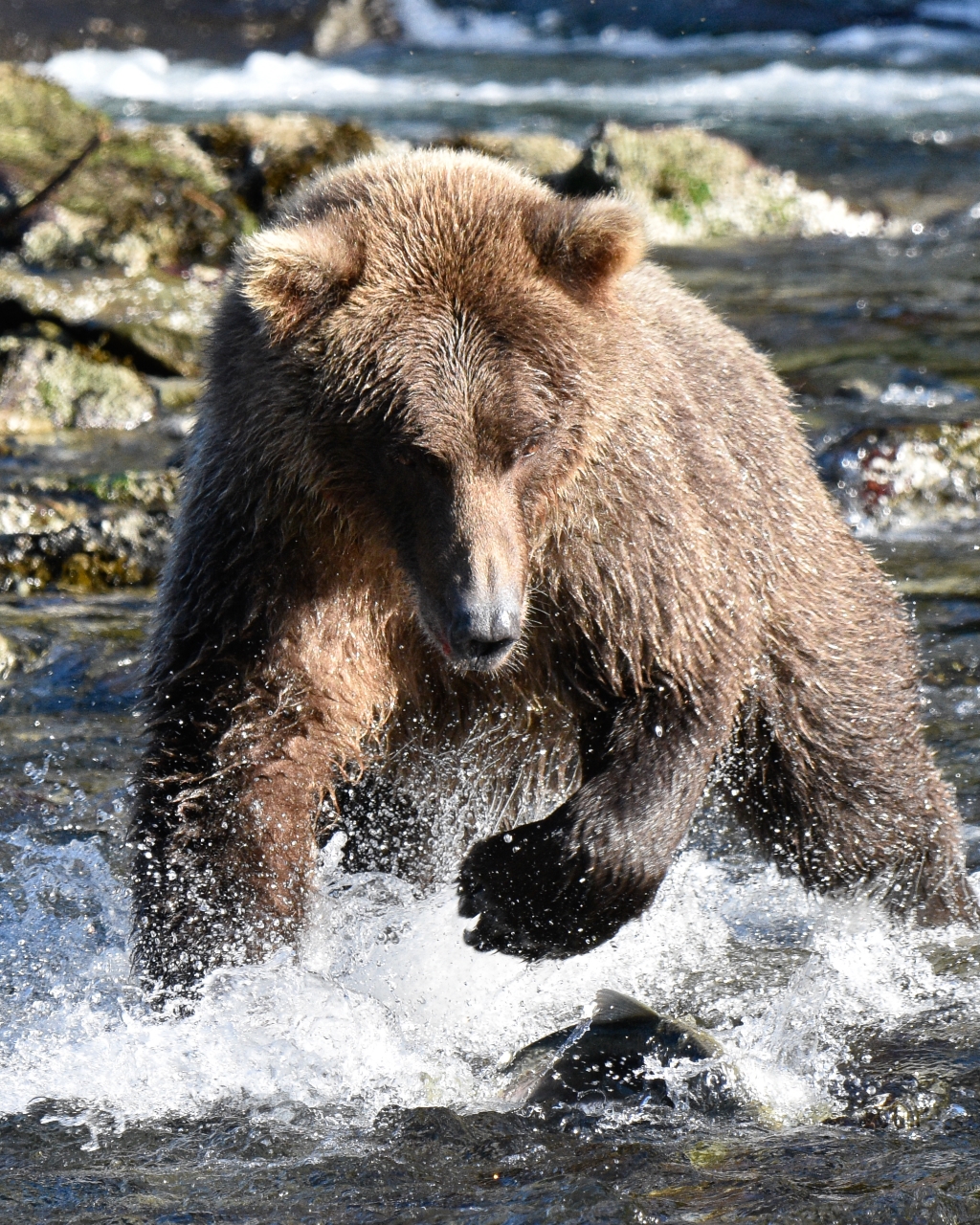 But I nudged her again, and when she turned to make me stop, I pointed to a bear eating a fish about 5 feet beyond my toes. Surrounded by wild bears—top that! 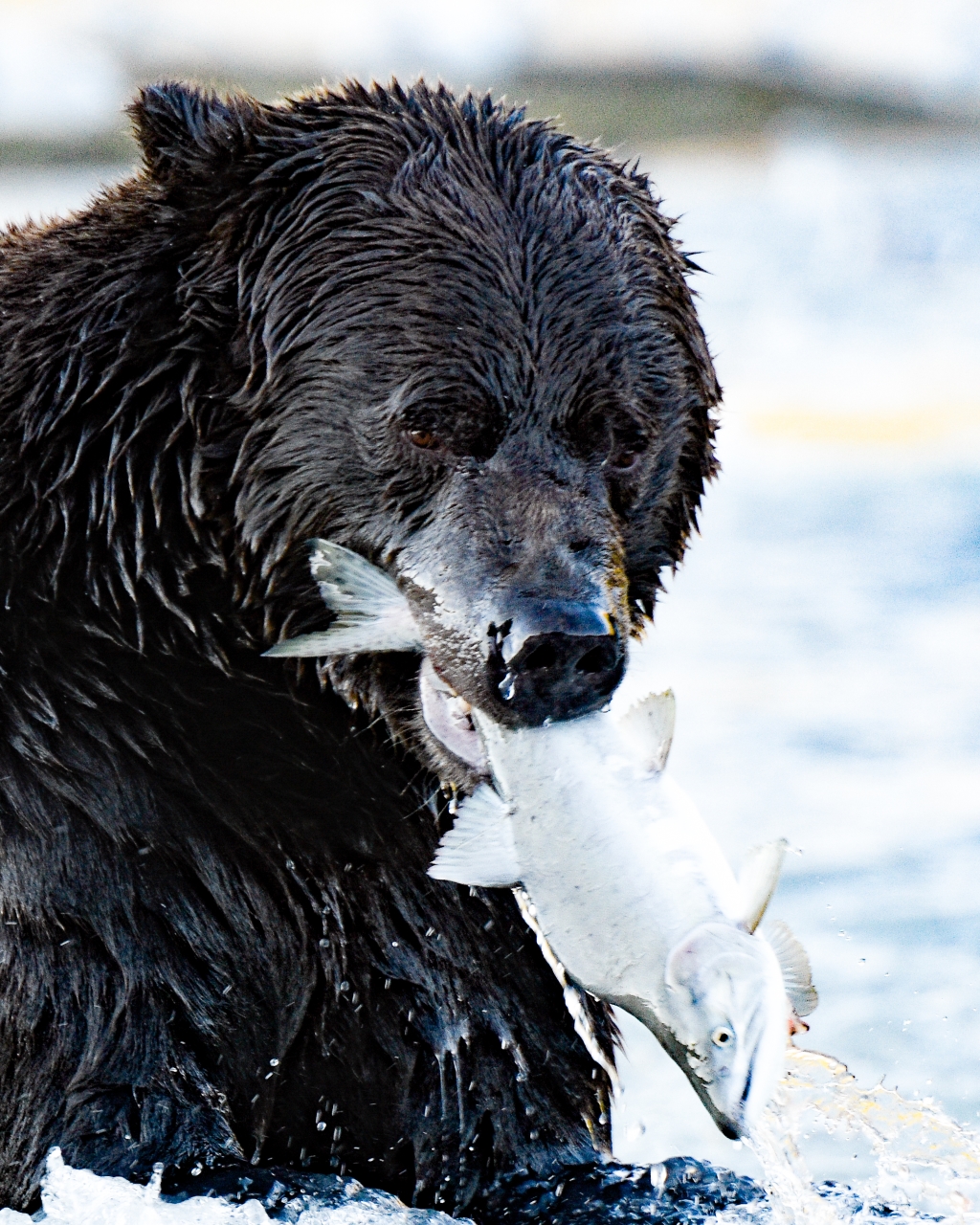 All photos © Norma and Bob Schafer

An exclusive small-ship adventure to view the world's largest coastal grizzlies up close! Walk the shores as enormous brown bears dig for clams, forage for grasses and pursue salmon in tidal pools.

Photograph Katmai's famous grizzlies once Brooks Lodge closes and visitors disappear—we fly by private floatplane to watch them fatten up on the salmon that remain!