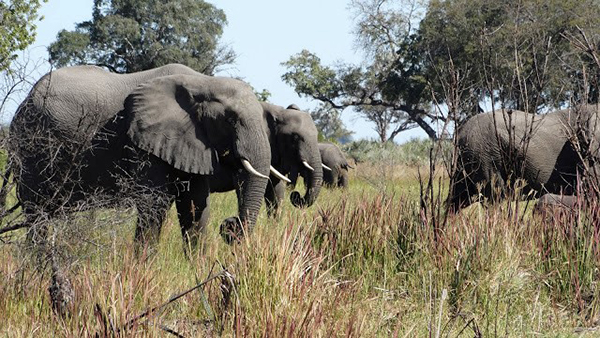 I awoke in the morning refreshed and ready to explore on a Botswana safari. As the sun peeked through my tent and I completed the normal morning rituals, I thought about the noises I had heard throughout the night prior that roused me from my sleep: the rustling of branches that brushed along the edge of the canvas tent; the low guttural rumbles from the hippos as they called to each other along the river's edge; and the baboons that fiendishly scampered past the front porch area of my tent, looking for items to steal. As I stepped out from under the canvas and into a curtain of morning air, I saw clear elephant tracks in the sand along the pathway to my tent. I was in the middle of the African bush, and the division between human and animal was a quarter of an inch thick. 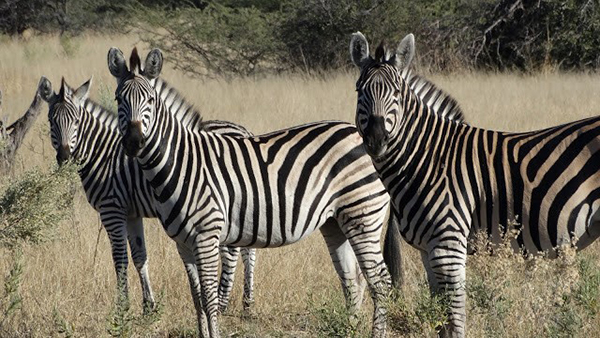 After breakfast, we took to the mokoros (dug-out wooden canoes) with our local guides and hit the waters of the Okavango Delta for some early morning exploration. As we glided through the reed-grass and papyrus stalks, our mokoros carved paths in unique patterns, offering access to regions of the delta that our motorized skiffs were unable to pass. The water was as pure and clear as any place I've been on Earth, and when I asked the guides about its safety as a drinking source, they assured me it was fit to drink, particularly due to the way the water filters through sand and grass along its travels from Angola to Botswana.

For our walking safari, our guide led the way, packing a rifle with showstopper bullets. When you're riding in a safari vehicle, wild animals primarily see a profile of the vehicle, meaning most do not assess Land Rovers as a threat, but rather as a large creature. On foot, however, you reenter the food chain and are much more vulnerable. A rifle mitigates the chances of an incident.

We walked along and discussed the tracks of different African wildlife, including elephant, leopard, antelope, impala, kudu and Cape buffalo. The guides' skills were beyond expectation, making even the most mundane aspects of the ecosystem seem interesting and clearly important. It pays to travel with a pro.

Two days later, we left the heart of the Okavango Delta in search of big game species, and without a we found our fill in the Gomoti Concession. As our bush plane touched down on the dusty and remote runway in Gomoti, the evident differences in the landscape were as plain as day. The Okavango Delta was a vast network of waterways, filled with abundant bird species (more than 400), along with hippos, crocodiles, elephants lizards. Gomoti, on the other hand, was arid land, populated with acacia trees of every type. Here, we would find nearly all the big game that most folks envision when they imagine the game of the African landscape. Impala, kudu tsessebe poked out their curious faces every few feet, while elephants moved in family herds across the tire tracks ahead of us. Before we knew it, our eyes and lenses became fixed on giraffe, zebra, wildebeest, wild boar, birds of all species and ground vermin. Things were starting to heat up. 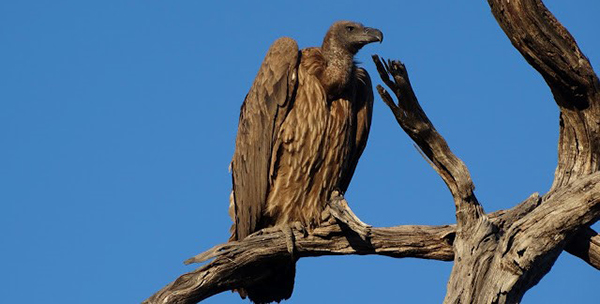 The following day was packed with game drives, fantastic food, South African wine and bush tea. While we were out on our final game drive of the night, our guide brought us to some matted-down grass and pointed out a pungent smell in the air. He alerted us that we would soon be coming across some lions that must be nearby, as the smell of urine was thick and abundant. Two or three minutes later, we sat peering into the reflection of a lion's eye, as it looked back at our vehicle with marginal curiosity and borderline indifference. This was our first true predator of the trip. His companion equal in size and grandeur was just a few feet away. We carefully pulled our safari vehicle within a few feet of the lions, careful not to disturb their rest. A feeling of awe rushed over me as I took of the surroundings. Lions—just feet away.

To be in the wild African bush is an extraordinary experience, with an array of wildlife experiences like none other. Having the opportunity to explore the unique ecosystems of Botswana, along with the incredible wildlife that roams these natural lands, was a completely unparalleled experience. I won't soon forget the memory of spending time among these wild creatures. 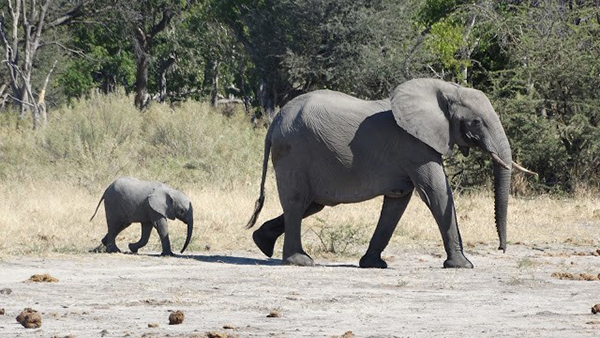 Witness the spectacle of Botswana during the green season as the desert bursts forth with life, wildlife thrives with seasonal water, and new births fill the plains.