"On an early morning in Hwange National Park, Zimbabwe, our guide took us to the spot where he had heard an update about the lion pride we had seen the day before: Two lionesses and six cubs were resting after a zebra kill. We watched them nap after eating their fill. Their stomachs were obviously very full and the lionesses were lightly dozing in a protective mode. The cubs were still semi-active and watching them was delightful. After about 20 minutes, we moved on with a promise from our guide that we would return. 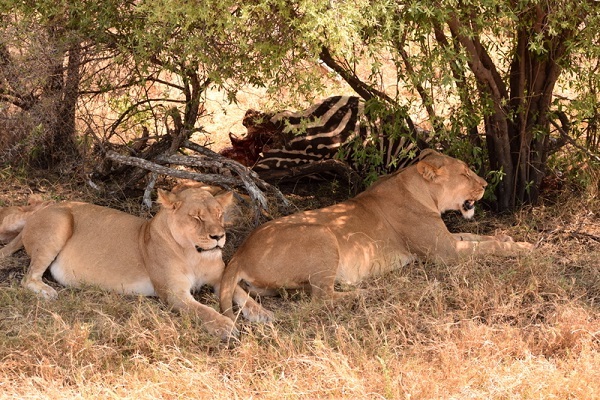 We headed towards a watering hole hoping to find other wildlife and found about eight giraffes, including females and young males, gracefully walking towards the water. Standing all alone on the opposite bank was a very young, tiny zebra. Our guide told us he was certain that the zebra kill we had witnessed next to the lions was its mother. 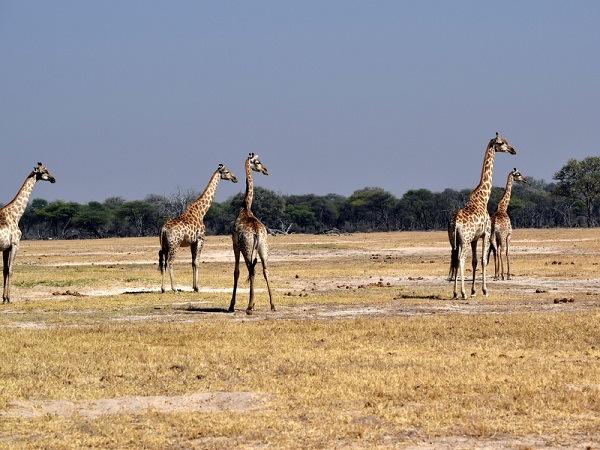 It was absolutely fascinating was when the giraffes spotted the little zebra. They all stopped,  then slowly and carefully moved closer to the little one with necks outstretched. It was as if to say, 'What are you doing out here all alone? Where is your mother? Where is your herd?' They spent quite a long time just watching it. 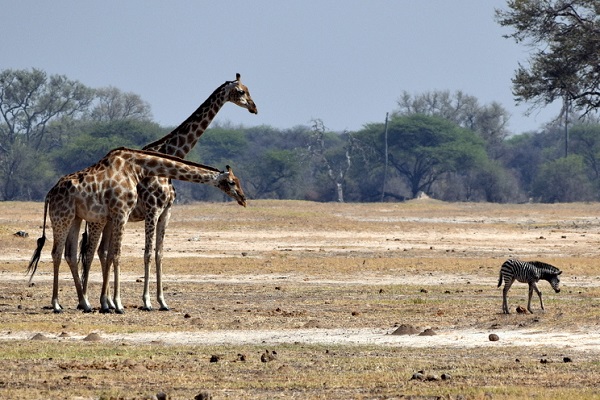 Our guide told us that he didn't hold out much hope for the baby zebra, but he was as fascinated by the exchange as we were. As he spoke to us, he kept exclaiming, 'Nature is so amazing!'