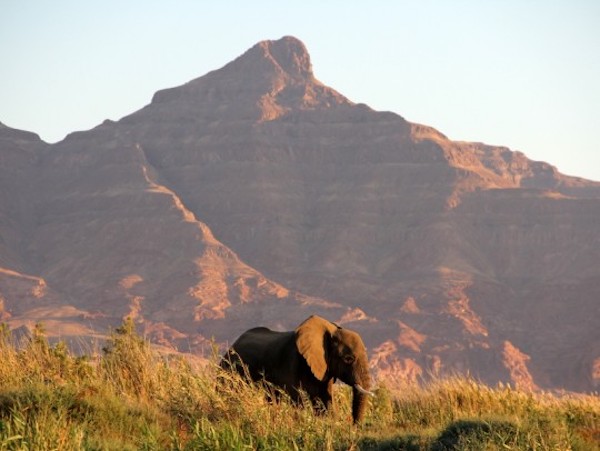 Namibia is in the midst of a conservation revolution, generations of wildlife conflict, poaching and detrimental land-use practices for unparalleled levels of wildlife conservation and sustainable development.  The phrase, "We will live with wildlife," now spoken extensively across Namibia's vast and beautiful rural landscapes, has instigated one of the greatest conservation stories ever told, happening right now in this quiet corner of Southern Africa.

"Before Damaraland Camp, before the conservancy, I was a goat herder," explains Lena Florry, a jovial woman who beams when she tells her transformational story. "For the first half of my life, I never slept in a bed and I never wore any shoes. I am one of nine children. My family did not have the money to afford these luxuries. We were bare-footed goat herders, and that's what I was destined to be."

That until she got her lucky break. 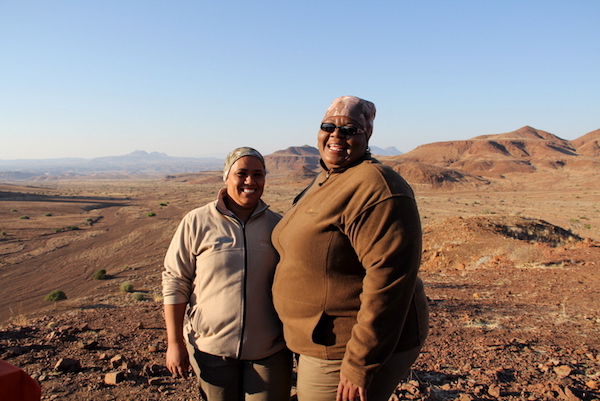 Seventeen years ago, Wilderness Safaris built a camp near Lena's village, and she applied for a job as a waitress.  A year later, she was an assistant manager, and shortly thereafter, she became the first black lodge manager in all of Namibia.

Thanks to safari tourism, Lena and thousands of other Namibians have been transformed into passionate conservationists. Instigated by innovative partnerships between government, local communities and the travel industry, unique management structures called conservancies have been created that allow rural Namibians to benefit significantly from tourism in their region. Through job creation, skills training, and direct financial contributions, people in these communities have been able to improve their livelihoods, and now have reason to support wildlife conservation. This progressive form of community-integrated tourism is changing lives, protecting animals and establishing Namibia as a leader in sustainable tourism.

At the heart of Namibia's conservation revolution are communal conservancies, management units of neighboring communities who have been awarded rights to oversee natural resources and wildlife on their communal land. Thanks to innovative policies and laws, the government of Namibia has granted these rights to the conservancies with the understanding that rural communities will use natural resources in a sustainable manner if these resources have sufficient value and benefit.

Enter safari tourism, an income-generating activity that relies entirely on responsible environmental management and wildlife protection. In the past, the tourism sector has been guilty of limiting profits and other benefits to host communities, but the conservancy model in Namibia has empowered local communities to take control over tourism investment on their land.

With the technical assistance of WWF and local NGOs like NACSO, the communal conservancies are forging cutting-edge joint-venture partnerships with tourism management companies and investors, creating high-quality tourism lodges and experiences that have direct benefits (financial and beyond) to the conservancies and individual communities. Progressive tourism companies like Wilderness Safaris enter into these joint-venture agreements, which range from simple land lease payments to fully community-owned lodges. In addition to employment opportunities created, revenue earned as part of these ventures is paid to a community fund that supports local projects such as health care, water access education. 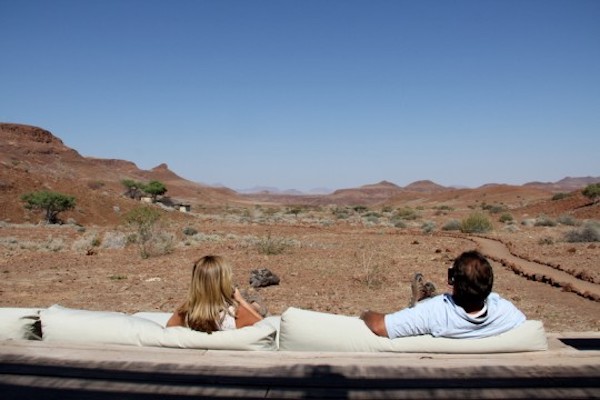 To date, Namibia has established 71 communal conservancies, and many more are in the pipeline. Combined with existing private reserves and national parks, a staggering 42 percent of Namibia's land is now under conservation management. Since 1998, when the first conservancies were established, income in rural areas has risen from close to nothing to over $6 million annually, the majority of which is generated from tourism activities.

Thanks to the conservancy movement, Namibia has experienced an unprecedented recovery in wildlife numbers: since 1995, Namibia's elephant population has more than doubled, the desert-adapted lion population has quadrupled, and the endangered black rhino populations are healthy enough to be moved out of national parks and into communal conservancies. Wildlife has become valuable and poaching unacceptable – a grass-roots conservation revolution. 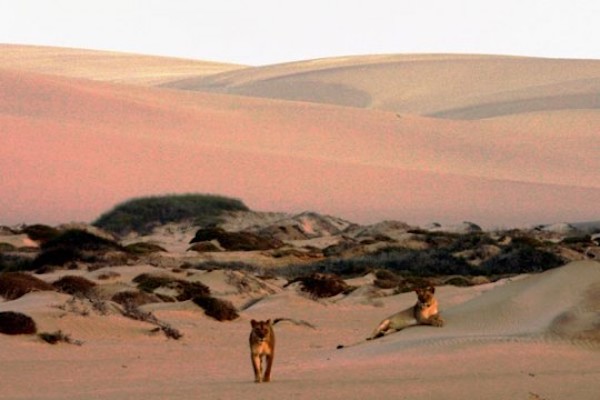 Of course, no revolution comes without its own set of challenges.  The growth of safari tourism and wildlife populations in Namibia has brought about more frequent human-wildlife conflict—such as lions eating cattle and elephants trampling crops—and remuneration policies and mechanisms for these unlucky farmers and herders are still under development. In the past, any animal causing damage would be exterminated, but because of conservancy-tourism partnerships, these same herders and farmers understand the benefits of keeping wildlife alive for the good of their neighbors and communities.

Today, wildlife is the basis of a new rural economy in Namibia that is creating jobs and providing direct benefits to communities that have chosen to live in harmony with it. The first joint-venture lodge in Namibia, Camp, is now owned 40 percent by Lena's conservancy. Lena has worked her way up to the regional manager position, overseeing operations of three Wilderness Safaris camps in her conservancy, leading a team of over 200 of her fellow community members also employed there. And, poaching has been almost entirely eliminated, due to collective efforts across the conservancy.

Thanks to the communal conservancy system, Lena and her peers have realized the commitment "We will live with wildlife" is not a sacrifice to be made, but a choice that ensures prosperity for the community and the country as a whole.

From coastal desert to massive sand dunes and rocky gorges, remote luxury camps showcase some of Africa's most diverse geography and remarkable wildlife.