Are you planning an African safari? You’ll no doubt be consulting detailed packing lists that advise you to bring various essentials such as binoculars, mosquito repellent with DEET, khaki-colored clothing to blend in with the bush and a headlamp for nighttime reading.

Having recently returned from a safari in Botswana, however, I discovered that there were a number of things I brought, or wish I’d brought, that enhanced my experience and comfort, though they don’t often appear on most packing lists. Here are 10 items I recommend taking that you may not have considered:

1. Lightweight down jacket or sweater with stuff sack While many safari destinations in Africa can be blazing hot during the day, nights are often cool, if not downright cold. And during the winter dry season in more southerly climes such as Botswana and South Africa, nighttime temperatures may dip to freezing, making for very chilly morning game drives. I found the perfect outer layer to be the super-light down jacket—something with an insulated collar and zippered hand pockets. Cabela’s has some good ones, as does Montbell, Eddie Bauer and REI. A similar item, though pricier, is Patagonia’s exceptionally lightweight Nano Puff jacket, available in men's and women's styles. Both products are highly compressible, packing into an internal pocket within the garment itself or a tiny stuff sack. I wore mine till the sun rose well into the sky, then stuffed it away into a small ball in my day pack. 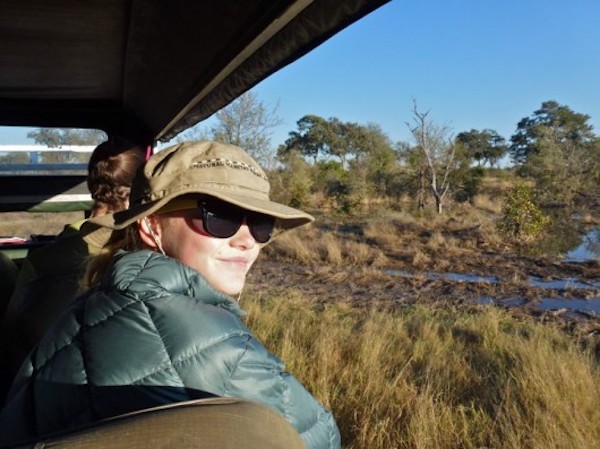 My daughter Bryn, comfortable on a cold, clear morning in her brimmed hat from Nat Hab and light down jacket from Montbell. © Wendy Worrall Redal

2. Crushable safari hat with cord A good safari hat is high on any packing list (as opposed to a baseball cap that doesn’t sufficiently cover one’s neck and ears). However, make it a hat that you can smash into your luggage as well as anchor onto your head. A cord ensures that your hat stays put when you’re driving at higher speeds in an open-sided safari vehicle with the wind whipping. If your hat isn’t crushable, you risk looking as nerdy as my husband did, with a warped brim and one side of his hat perpetually flipped up while the other lay flat. One option is from the ever-reliable Tilly Endurables, available through Orvis.

3. Clothes you can leave behind Packing light is important when you’re flying in light aircraft and moving between camps. One way to free up space as you go and leave room for souvenirs is to pack clothing you can leave with locals. In poorer countries such as Tanzania and Zambia, our hand-me-downs are most welcome. And in more prosperous parts of Africa such as Botswana and South Africa, organizations like the Red Cross distribute donations to communities in need. We left some long-sleeved shirts, khaki trousers and fleece pullovers with our Botswanan guide who offered to donate them for us in Maun, at the end of our trip.

4. Spare pair of sunglasses Sunglasses can take a beating on safari. As light and shadows constantly change, sunglasses come on and off throughout the day. It’s easy to lose them, sit on them in the 4 X 4, or crunch them underfoot in camp. They’re not easy to come by in much of Africa, even in towns, so bring a back-up pair just in case – you would not want to be without them.

5. Extra contact lenses and eye If you suffer from dry eyes I do, take heed! I wear daily disposables and packed a pair for each day, plus a couple of spares. But I could easily have gone through two pairs a day, as parched as my eyes felt during our sometimes windy and dusty game drives. At the edge of the Kalahari Desert in the relative humidity in June was just 5 percent, and my eyes were perpetually uncomfortable. I brought a tiny bottle of moisture drops that I parsed out carefully to make it last, but I wish I’d taken two or three bottles along.

6. Wet Wipes I brought a small travel pack of 10 but wished I’d had three or four times that amount. These come in handy for everything, from a quick hand wash (buy the anti-bacterial kind) to a face cleanse on the fly on a dusty track, to impromptu TP if you’re caught heeding nature’s call in the bush.

7. Plastic Zip-Loc bag for journal & ballpoint pen I learned the importance of this the hard way on a previous trip, after my tattered travel journal, containing handwritten logs of several epic trips, got damp. The pages curled, but worse, the ink ran, and all my memories blurred into an illegible smear on half the pages. Most importantly, write with a ballpoint rather than a rolling ball or felt pen, and whenever your journal is not in use, secure it in a Zip-Loc bag, safe from the elements.

8. Extra camera batteries and memory cards Take at least one spare battery and more memory capacity than you think you will possibly need. We inadvertently dropped a camera battery in the sand in camp one night and could not find it the next day. Thankfully we had an extra, or we’d have missed photos of five lions around our Land Rover that morning and a leopard dining on its impala kill high up in an acacia tree. I was also glad that we’d purchased a couple of large 8-gig memory cards, since I shot more video than I expected (picture elephant herds running through a water hole!), which takes up a lot of space. And even though I brought my laptop along on which to download photos, I was reluctant to erase my memory cards in case anything happened to my computer. As cheap as memory cards have become these days, it makes sense to bring plenty.

9. Consider taking a Polaroid camera Yep, even in this digital age, Polaroid is still around, and there’s no better place than Africa to have one. I wish I had had one of the Classic Instant models along, so I could have left photos with the many people we met. For about $100, this little camera lets you delight camp staff, villagers, handcraft artisans and especially children, who are utterly enchanted to see their own image in a photo. As it was, I could only show them the playback screen on my digital camera; how wonderful it would have been to leave them with their very own photo. Cameras are hard to come by in many parts of Africa and out of financial reach for most people—and even for those who own cameras, such as our guide, making prints can be a challenge. You’ll thrill people with the simple gift of pictures. 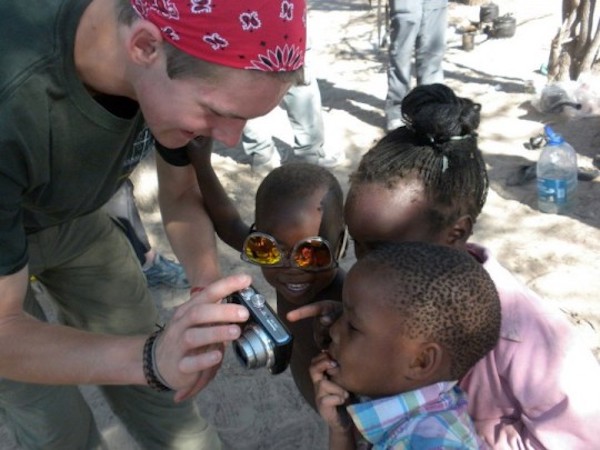 10. Postcards from home While your focus on safari is wildlife, getting to know Africa’s people is equally a highlight. Postcards are a great conversation starter. Share pictures of your hometown, natural attractions nearby or wild animals native to your part of the world. I brought shots of snowcapped peaks in Rocky Mountain National Park, black bears, mountain goats, and the University of Colorado where I have taught classes for many years. In each case, my new friends were fascinated to get a visual sense of where I was from, and they were especially excited to compare wildlife across continents.

Scout for the Big Five and more on this small-group, big-game safari through private and uncrowded sectors of Southern Africa's greatest wildlife parks.

Witness the spectacle of Botswana during the green season as the desert bursts forth with life, wildlife thrives with seasonal water, and new births fill the plains.

Get Weekly Updates
Our weekly eNewsletter highlights new adventures, exclusive offers, webinars, nature news, travel ideas, photography tips and more.
Request Your 2022 Catalog
View Our 2022 Digital Catalog
Send Us a Message
Use the form below to send us a comment or question.
Refer a Friend
Earn rewards for referring your friends! We'd like to thank our loyal travelers for spreading the word. Share your friend's address so we can send a catalog, and if your friend takes a trip as a first-time Nat Hab traveler, you'll receive a $250 Nat Hab gift card you can use toward a future trip or the purchase of Nat Hab gear. To refer a friend, just complete the form below or call us at 800-543-8917. It's that easy! See rules and fine print here
/articles/african-safaris/southern-africa/10-things-to-take-on-safari/
Physical Requirements