I recently had the privilege of traveling to Tanzania with my wife and teenage daughter, and while we had so many highlights, the one we all agree was truly special happened on our second day in the Ngorongoro Conservation Area.

After a full day on safari in the Ngorongoro Crater, where we were treated to sightings of all but one of the Big Five (the elusive leopard), we returned to our camp at The Highlands. At an elevation just shy of 9,000 feet, shrouded by mist and clouds, this otherworldly lodge is comprised of eight individual geodesic domes, each with incredible views. I was ready to call it a day and sit by the fireplace at the well-stocked bar to relax and share stories with fellow guests. But the staff had arranged something special for us.

After a warm welcome and a quick change of clothes, we were greeted by Shanoi—a local Maasai from Achanoimelock village just a few miles away. We jumped back into our safari vehicle and headed back down the bumpy dirt road we had just climbed. Within 10 minutes, we stopped at a single-family Maasai homestead—several small bomas (huts made from mud and dung), situated in a circle around a central paddock where cows and goats are kept at night. This was far different from the touristy villages on the outskirts of many East African safari camps. 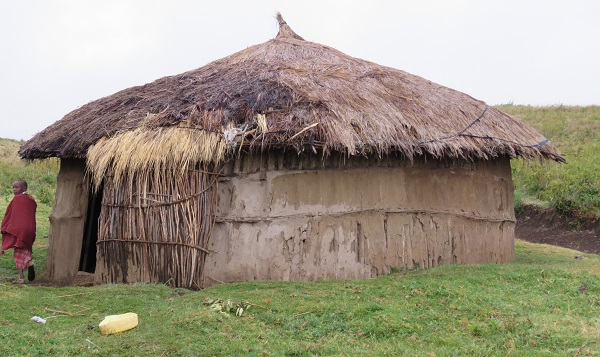 As we pulled up to the homestead, shy but curious children with shaved heads greeted us with ear-to-ear smiles. Most had baby goats in their little arms. Teenage boys wearing traditional bright-colored shukas stood on the hills nearby, carrying long sticks and tending cattle and goats. The elder women were ducking in and out of their bomas, stoking the fires for cooking and warmth.

With smoke rising in plumes from the boma rooftops, mist clinging to the verdant hills, the clamor of children and the clanging of cowbells in the distance, we felt truly immersed in the daily routine of a centuries-old East African pastoralist culture. 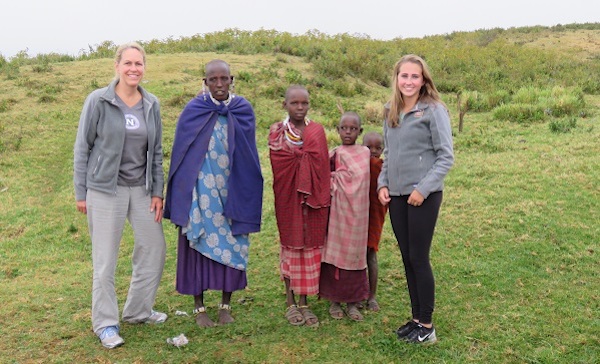 With Shanoi translating, we spent a half-hour inside a smoke-filled boma chatting with Namelok, one of the four wives of the homestead’s patriarch. We soon learned that the two dozen or so children and teen boys were his offspring, making him a very wealthy Maasai! The was comprised of one room with two simple stick beds on each side of a fire pit in the center. One of the beds was for Namelok and her small children—the other for her husband. With an infant on her lap and two other kids at her side, she shared stories of her life as a Maasai woman. She was shocked that I had just one wife and that my 16-year-old daughter was not married yet!

Just before darkness, we said goodbye to Namelok as the herds were returning and being corralled into the enclosed paddock. The family patriarch sat with a long stick, counting his cows and goats as they returned from all directions. The teen boys showed great pride in their duty of bringing the herds back safely. The real treat was when a young girl took my daughter, Grace, by the hand and led her into the paddock to milk a cow. Watching Grace helping to get milk for a Maasai family that had just allowed us a glimpse of their pastoral life ingrained a lasting impression. 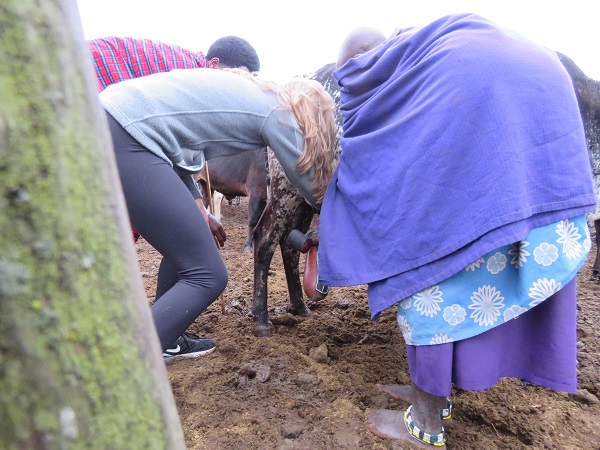 As we left the village and climbed the dirt road into the clouds, there were two things I could not stop thinking about: Many months later, these two wonderful memories still come back vividly when I think of East Africa. 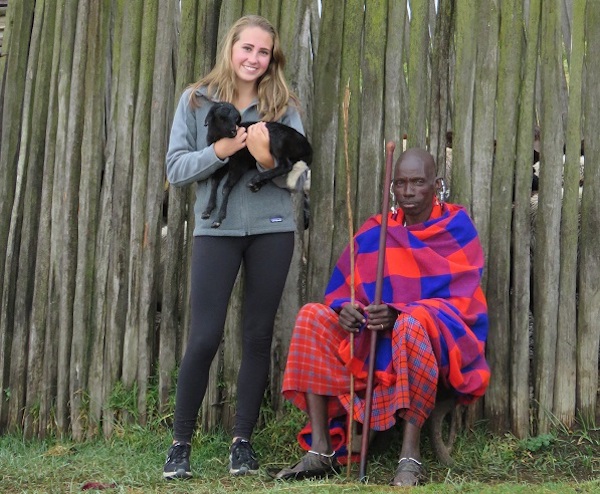 Witness one of nature's most exhilarating spectacles: thousands of wildebeest and zebra making their annual trek across the Serengeti! Itineraries custom-designed to follow the herds.

Get Weekly Updates
Our weekly eNewsletter highlights new adventures, exclusive offers, webinars, nature news, travel ideas, photography tips and more.
Request Your 2022 Catalog
View Our 2022 Digital Catalog
Send Us a Message
Use the form below to send us a comment or question.
Refer a Friend
Earn rewards for referring your friends! We'd like to thank our loyal travelers for spreading the word. Share your friend's address so we can send a catalog, and if your friend takes a trip as a first-time Nat Hab traveler, you'll receive a $250 Nat Hab gift card you can use toward a future trip or the purchase of Nat Hab gear. To refer a friend, just complete the form below or call us at 800-543-8917. It's that easy! See rules and fine print here
/articles/african-safaris/east-africa/meeting-maasai-in-tanzania/
Physical Requirements