Namibia's Skeleton Coast is one of the planet's most remote, wild and striking places. Named for the many shipwrecks that have washed up on these isolated beaches, nearly 660,000 acres of Skeleton Coast National Park have been set aside for an exclusive safari experience for those who want to really get away. It is a desolate and uninhabited region, and stunningly beautiful in its austerity. The camp offers 12 beds in six luxury tents on raised wooden decks. All have en suite bathrooms with flush toilets, hand basins and showers. Rooms have overhead fans, 12-volt lighting and are furnished with locally found natural materials. The main area has a dining room, lounge and bar area surrounded by glass concertina doors to showcase uninterrupted views of the desert beyond. In fair weather, guests dine under an ancient leadwood tree, around a campfire under the stars.

A stay on the Skeleton Coast is not a traditional game-viewing safari. Freshwater springs permeate the barren sands to create rare oases in the desert that sustain pockets of wildlife, but animals are not the central feature of a visit to this stunning natural space. Springbok, gemsbok (oryx), rare desert elephant, brown hyena, jackal, ostrich and occasionally even cheetah eke out an existence in this rugged terrain, alongside desert-adapted vegetation such as welwitschia and lithops, the succulent "flowering stones." Cape fur seals frequent the beach in noisy colonies. Activities include full-day safari drives in the national park and cultural visits to Himba settlements just outside park bounds. The Himba, native to northwest Namibia, are some of Africa’s most nomadic tribal people. 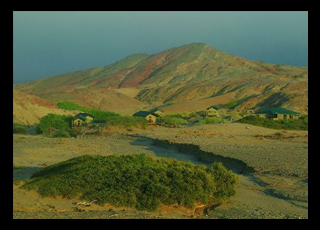 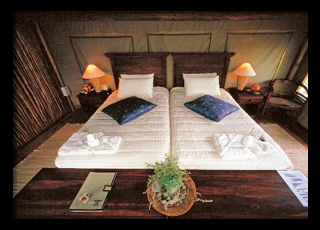 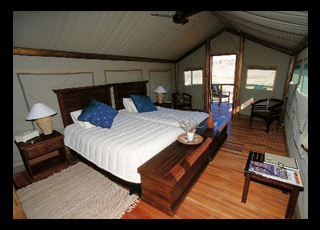 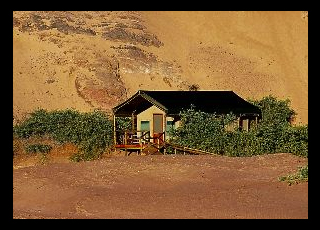 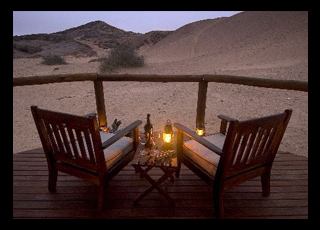 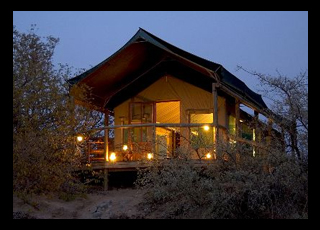