Providing a complete immersion in the Kalahari Desert, San Camp sits serenely in a reef of palm at the edge of the world. You can see the curve of the earth here – for 360°, nothing crosses the eye but the bowl of the sky. It is the wide, wild, minimalist setting that is the attraction here, though wildlife surprisingly abounds, adapted over millennia to the stark environs. San Camp is run by a family with five generations’ history in this region, offering a remote and romantic experience of Africa, a taste of the past that lingers here in the back of beyond: a Stewart Granger Memorial Collection of 1940s safari tents, with bucket showers, flush loos, four-poster beds, mosquito net canopies, percale sheets, and paraffin lamps. There is no electricity at San Camp. Six classic white canvas tents twinned with a dramatic location combine to create an oasis of civilization in what can be the harshest of environments. Teak furnishings, Oriental rugs, white linen tablecloths and candle lanterns set the scene in the dining and lounge areas, sheltered beneath airy white canvas yet open on all sides to the expansive views. San Camp is one of just two permanent camps from which to explore and understand the Kalahari. On a private concession adjoining Makgadkikgadi National Park, the camp surveys endless vistas of rolling golden grasslands and desert palms in one direction, and absolute nothingness in another: through the tent flaps, the Makgadikgadi Pans sprawl across the horizon, remnants of one of the world’s largest super-lakes, dried up thousands of years ago. Only the cracked, gray crust remains, yet the region is home to springbok, gemsbok, aardvark, meerkat and the rare brown hyena – not to mention the San bushmen who still live as they have for centuries. 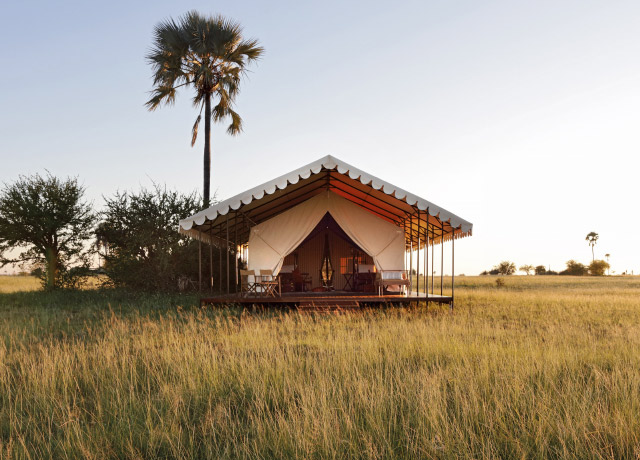 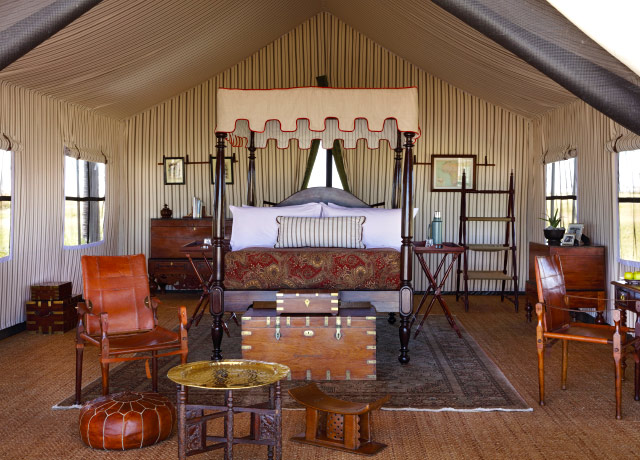 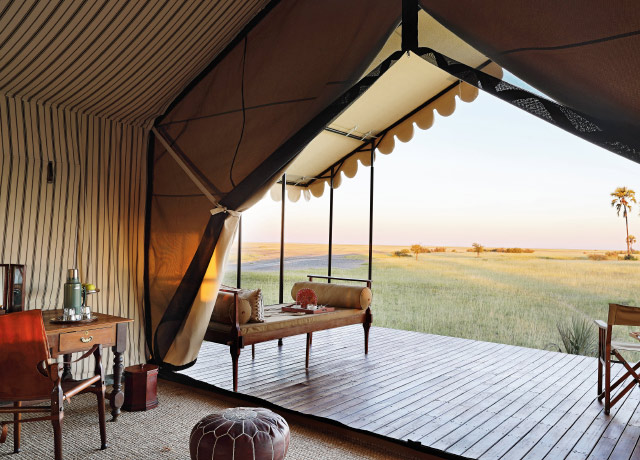 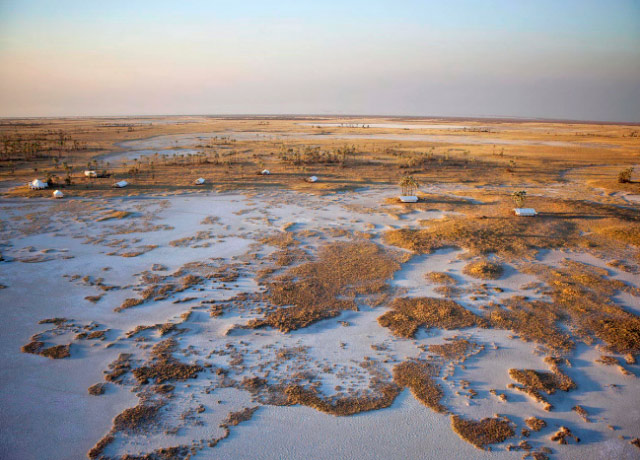 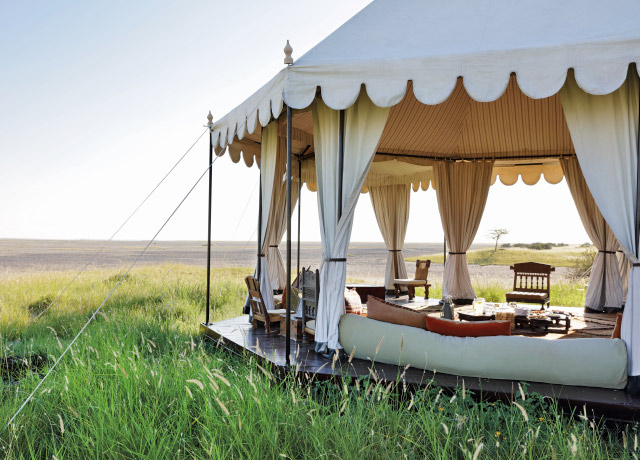 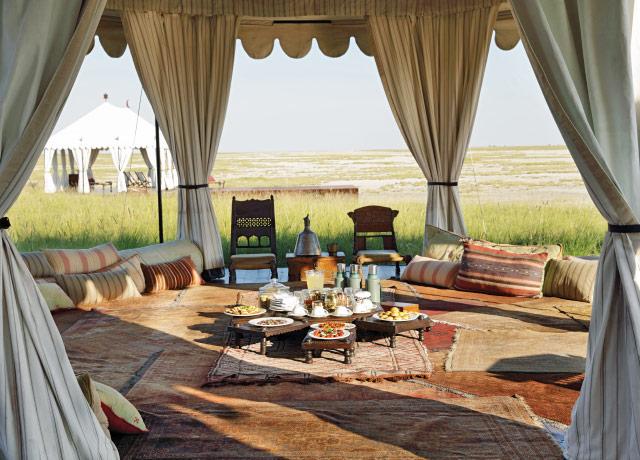 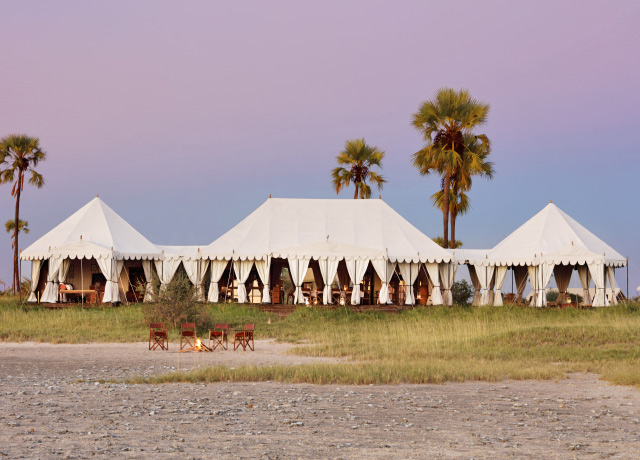 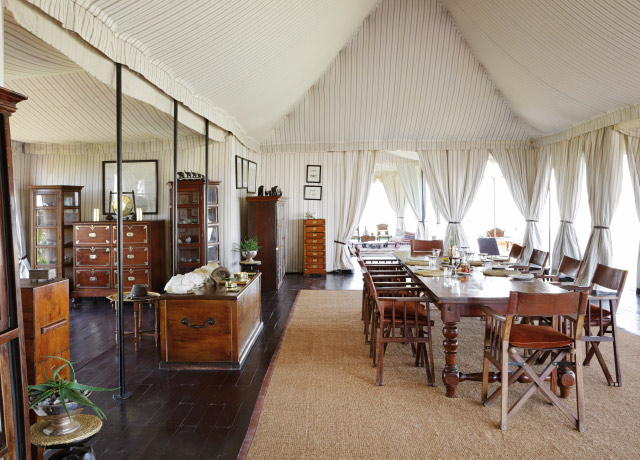 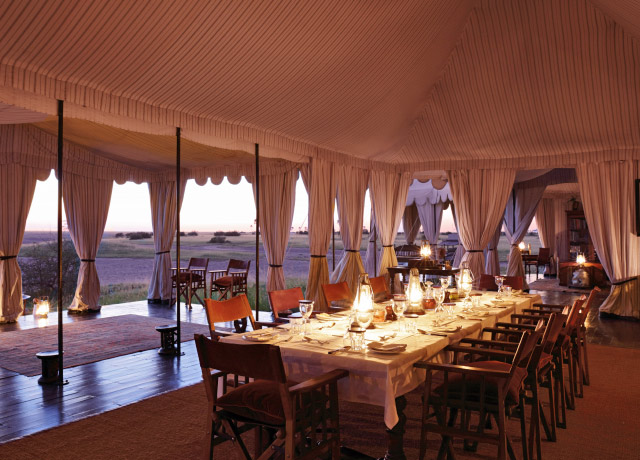 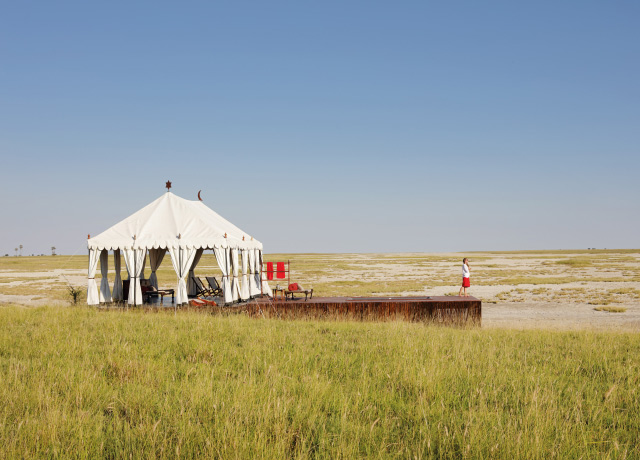 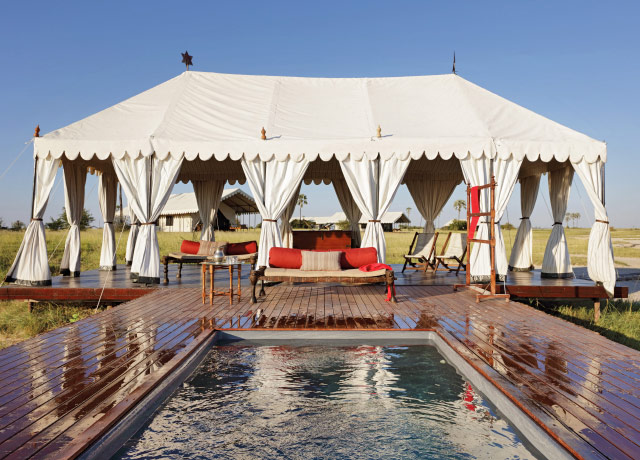 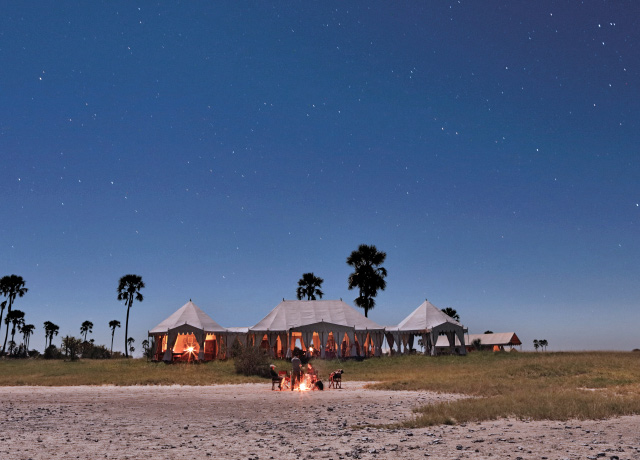