The S/V Northanger, a 54-foot steel Damien II-design ketch, was built in England in 1982 expressly with the intent to access remote regions of the globe for expedition travel. Ideally designed and constructed for small, compact, self-sufficient expeditions to high latitudes, the strong, seaworthy Northanger has been to the outer limits and back on voyages to Antarctica, Greenland, Alaska and Norway. The Northanger was the first British vessel to transit through the Northwest Passage on a two-year voyage, and has wintered over in a remote bay on the south coast of Ellesmere Island.

Though very few of these boats were built, the Damien II design became famous through the exploits of Jérôme Poncet. After an adventurous voyage to Antarctica and South Georgia with Gérard Janichon in 1970 aboard their smaller vessel Damien, capsizing and losing their rig, he came up with the idea of a larger, lifting keel vessel made of steel, for voyaging to the ice. Jérôme and Sally Poncet first proved the Damien II designs capability when in 1978, they wintered their legendary vessel, named Damien II, in Marguerite Bay, Antarctica.

The now-legendary Northanger is currently owned and operated by the husband-and-wife team of New Zealander Greg Landreth and Canadian Keri Pashek, who met in Antarctica in 1986 and purchased the boat from its original owner in 1989. Since then, the Northanger has continued to sail the highest latitudes of the globe carrying adventurers on serious climbing missions and other expeditionary travel. The co-captains are seasoned sailors and hard-core veterans of wilderness pursuits, from ski mountaineering to ocean kayaking. Over the last decade, the Northanger has been heavily modified and upgraded with an eye to providing a secure and easy-to-operate platform for launching and supporting expeditions into the wild lands.

The vessel provides guest accommodation in one double cabin and four individual berths. Showers are taken in a camp shower set up in the front foc’sle. A full galley with propane stove and oven facilitates the preparation of hearty and savory meals.

Systems aboard are still simple, though high-tech and efficient. Electronics, computers and lighting are all run off of a high-capacity 12-volt system powered by the engine, or the wind generator. A back-up diesel generator is there in the event of extra power needs. These robust systems not only allow more time for achieving voyage goals (rather than spending time repairing things en route), but also use less energy to run the boat, providing a greater range of operation with fewer crew and better environmental efficiency. 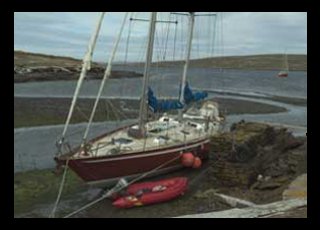 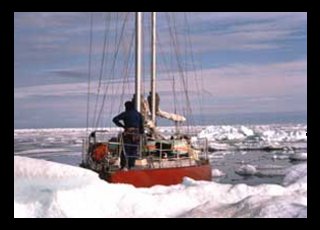 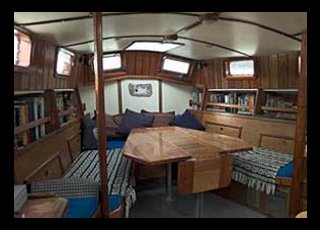 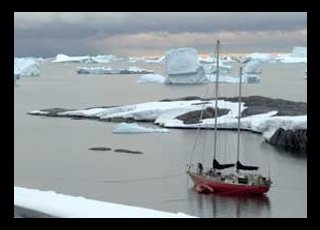 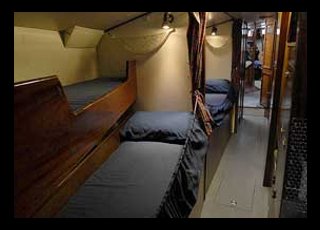