Arguably Punta Arenas' most distinctive lodging, this boutique hotel is the realization of the creative vision of its founders, Paola Milosevic and Sergio Solar, whose grandparents were Croatian pioneers in Chilean Patagonia. Rehabilitating an old house built for the English court in 1929, they have created a sophisticated boutique hotel that pays homage to the multicultural traditions shaping the southern tip of Chile since the mid-1800s, when immigrants from Croatia, Russia, Ireland, Britain, Spain and elsewhere arrived to meld their cultures with the indigenous people living in the region.

Each of the inn's eight rooms is named and themed around a different trade that was important in Chilean Patagonia's early history: The Coachman, The Stable, The Leather Braider, The Orchard, The Milkman, The Blacksmith, The Carpenter and The Shearing Shed. Rooms are furnished with period antiques relevant to those pursuits, offering guests a taste of history along with a supremely comfortable stay. Located on the second and third floors of the house, rooms have panoramic views over the Strait of Magellan and colorful rooftops of Punta Arenas. Each is harmoniously decorated in a neutral palette of white and browns and central heating, bathroom with and custom toiletries, super king-size or two double superior beds, Wi-Fi, telephone, desk, luggage storage and safe.

The restaurant on site, La Cocina de la Nonna, features Patagonian specialties with a Croatian flair, including roast lamb, gnocchi grilled octopus. The Bar is a faithful reflection of traditional Patagonian : these were old warehouses used during the early colonial days as drinking establishments and purveyors of groceries and other products. That heritage is replicated at La Yegua Loca with local specialty cocktails such as the Pisco Sour and Ruibarbito, and artisan handicrafts, books regional gourmet items for sale in the small shop on site. Or relax in the glass-enclosed Terraza, which offers inviting lounge space with territorial views in all directions. 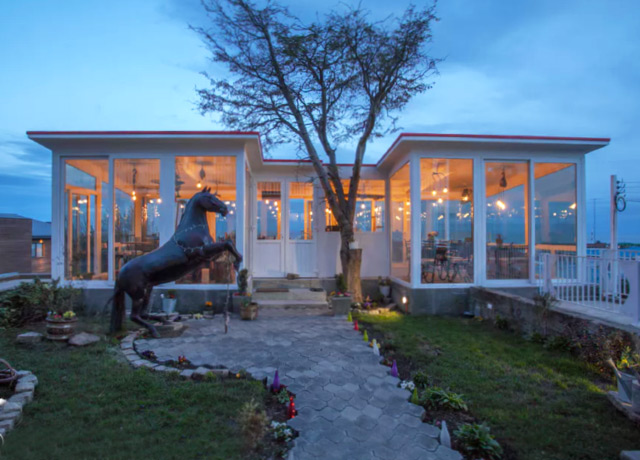 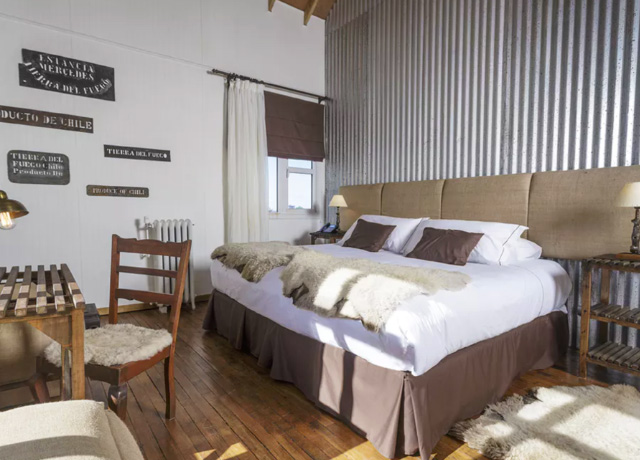 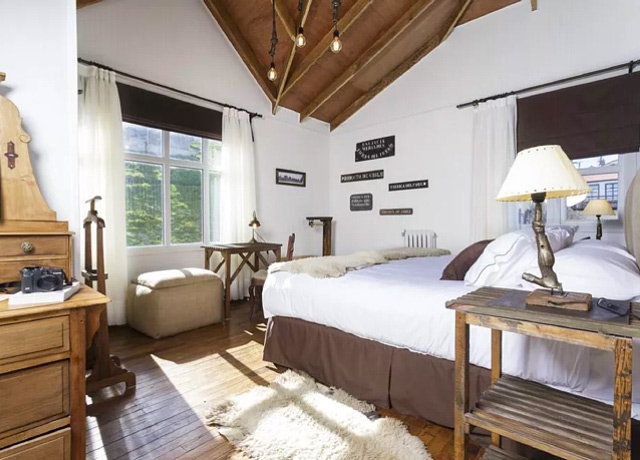 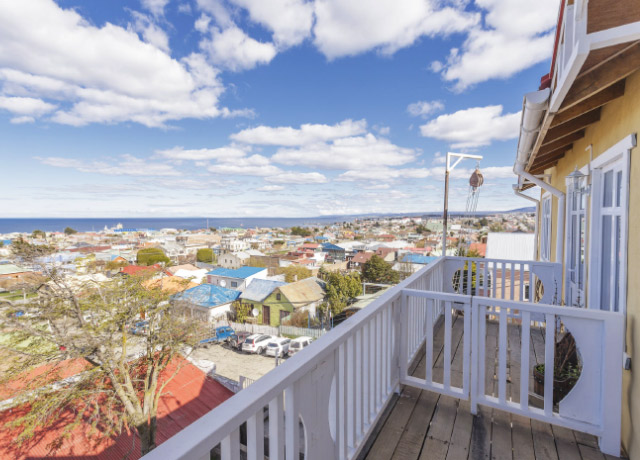 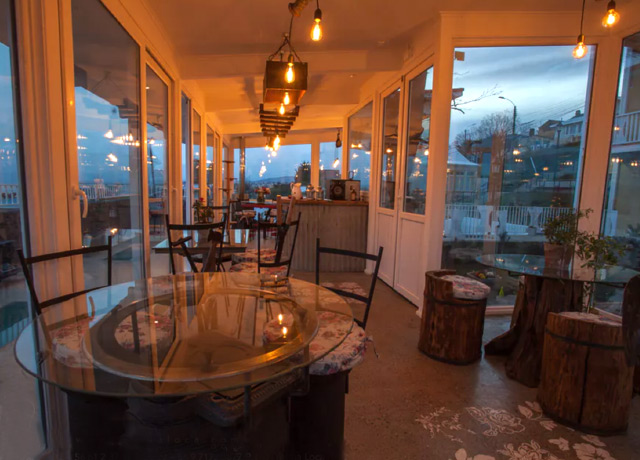 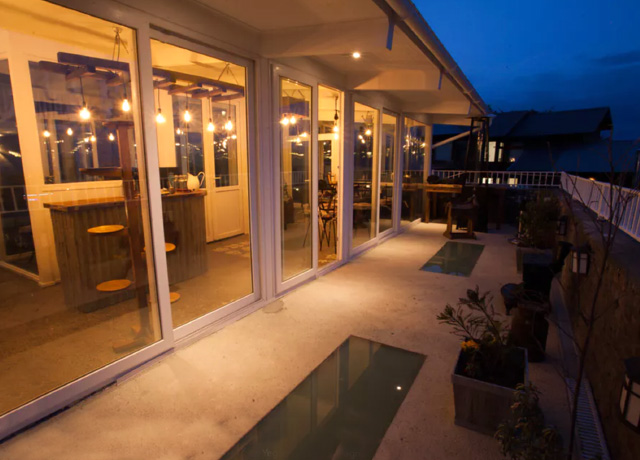