Just six tents and a dining lounge comprise this intimate luxury camp situated at the top of an isolated valley dotted with acacia trees, within the private 55,000-hectare Naboisho Conservancy. Entirely unfenced, the camp offers the feel of a classic bush outpost, surrounded by uninterrupted raw nature. Each tent is raised on a platform to enhance magnificent views of the valley below and passing wildlife. Interiors are furnished with king-size beds built of cedar wood, sofa, desk and luggage rack; en suite bathrooms have indoor showers, flush toilets and dresser. White wood laminate floors and campaign-style white-canvas ceilings provide a backdrop for artfully chosen Moroccan kilims and Congolese kuba cloths.

As a private conservancy, Naboisho has one of the lowest tourist densities of any wildlife-viewing habitat in the Maasai Mara, ensuring a high-quality wilderness experience at any time. The area encompasses some of the most stunning terrain in the Mara ecosystem. The habitat of acacia woodlands, savannah grassland plains, riverine acacia forest and rocky, undulating hills provides a varied range for browsing and grazing herbivores along with hideout thickets for most predators. The camp's location is close to the Enniskeria River region, with its picturesque granite outcrops and permanent pools popular with resident wildlife, including crocodiles and large hippo pods. The vast plains to the north host large numbers of plains game and contain a vital elephant corridor. Naboisho has the largest giraffe population in the Mara, while topi, eland, hartebeest, impala, elephant and lion are also plentiful year-round. Three lion prides live on the conservancy, and three more large prides often traverse it. Rare species such as caracal, serval cat, aardwolf and wild dog are occasionally seen, and a black rhino appears from time to time. Naboisho is a birdwatcher's paradise; several species rarely seen elsewhere in the Mara such as white-headed buffalo weavers, northern white-crowned shrike, pigmy falcon, Von-der Deckens hornbills and bush pipits are commonly observed. 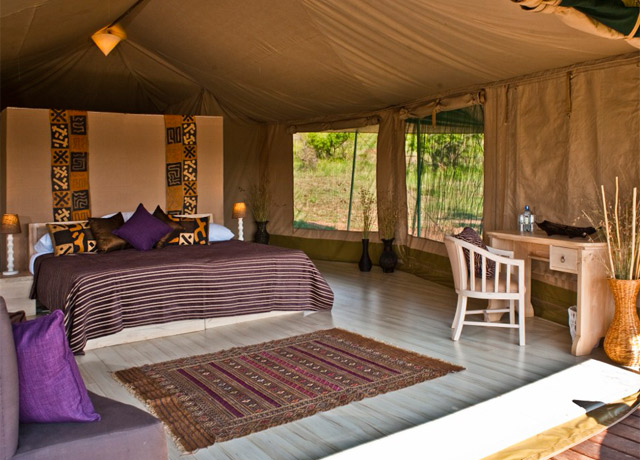 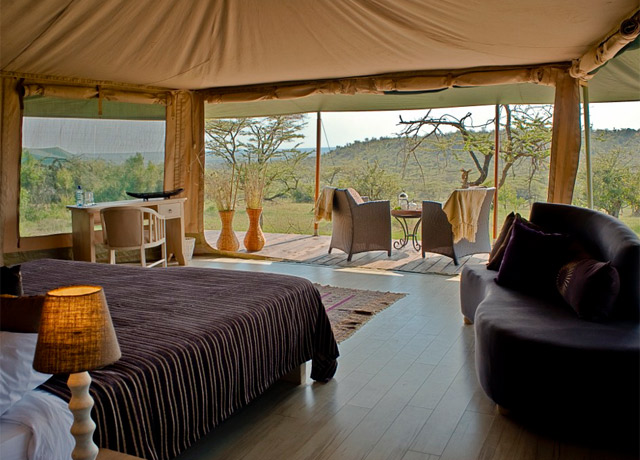 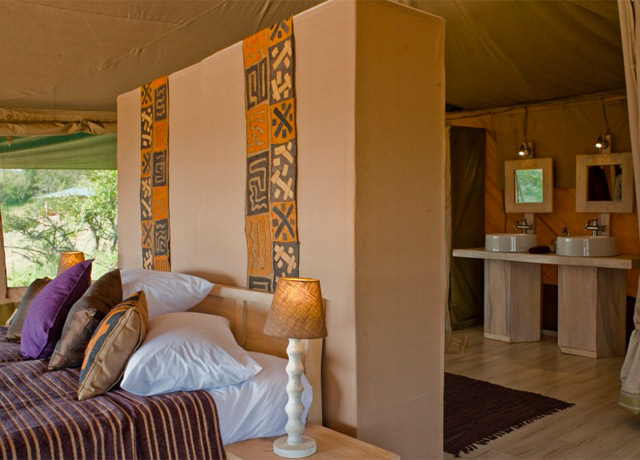 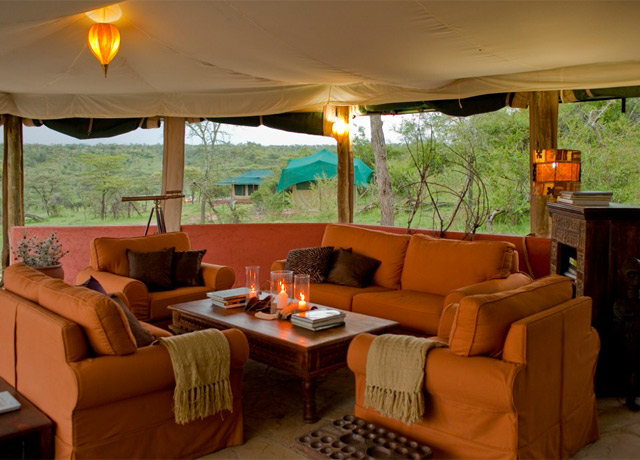 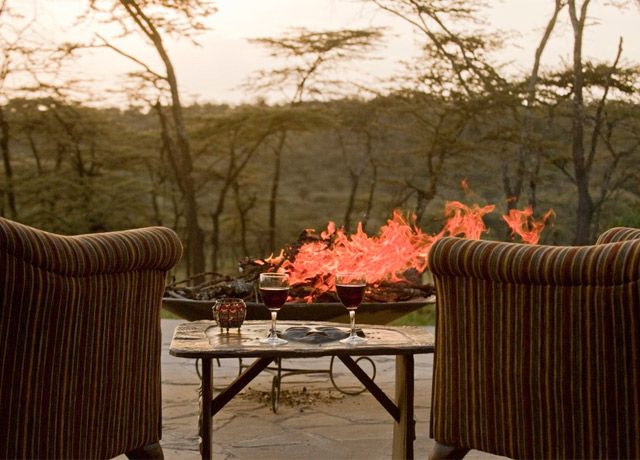