Desert Rhino Camp lies among rolling, rocky hills and exudes a tranquil, minimalist beauty. Despite the austere surroundings, there is a surprising amount of wildlife in the private concession. The camp is run in conjunction with Save the Rhino Trust (SRT), an organization that has been has been singly responsible for helping to ensure that the rare, desert-adapted black rhinoceros survived the slaughter that went on throughout other parts of Africa in the 1980s and '90s. Today this population of black rhino is growing, and the area boasts the largest concentration of rhino anywhere on the planet outside of a national park. Community game scouts who were employed by the Trust to help with the patrolling and monitoring over the years are now seconded to the camp to serve as its trackers and guides. Guests gain amazing insight into the ecology and conservation of this area, while at the same time a portion of the revenue contributes to the Trust and its rhino conservation projects.

Desert Rhino Camp has eight large Meru-style tents, each with en suite bathroom and shower. A tented dining and living area offers uninterrupted views of the desert and mountains, and the extraordinary welwitschia plants that dot the plain in front of camp. Activities include rhino tracking on foot or by vehicle, full-day outings with a picnic lunch, birding and day and night nature drives to explore this intricate ecosystem. Dedicated guides provide an informative and exciting experience of a unique region. The concession's freshwater springs support healthy populations of desert-adapted black rhino, desert-adapted elephant, Hartmann's mountain zebra, giraffe, gemsbok, springbok, kudu and predators such as lion, cheetah, leopard, brown and spotted hyena. Bird life is prolific and diverse with most of Namibia's endemics present. 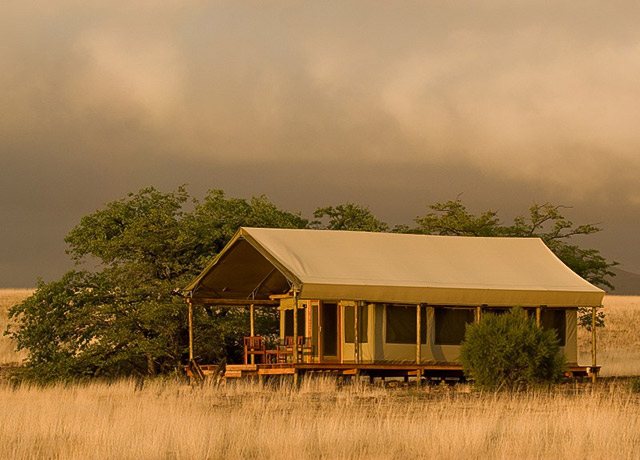 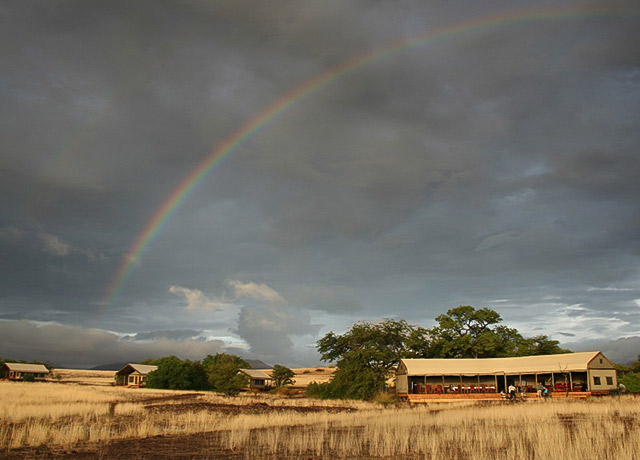 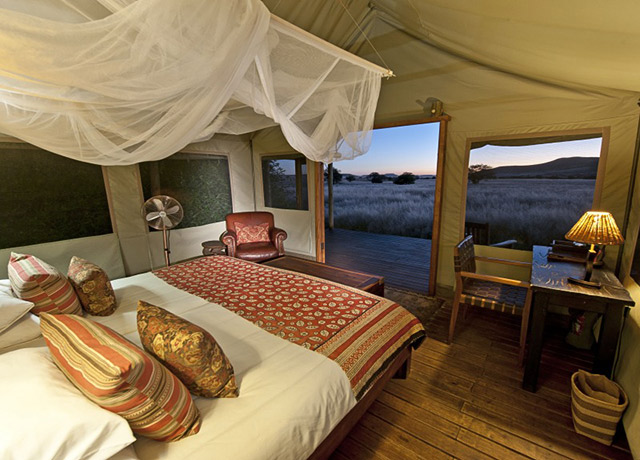 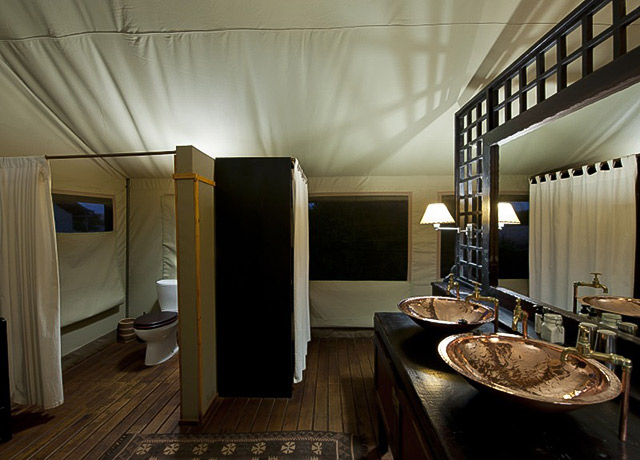 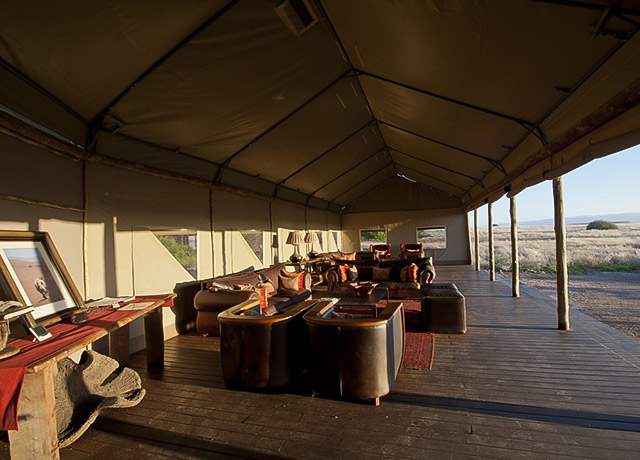 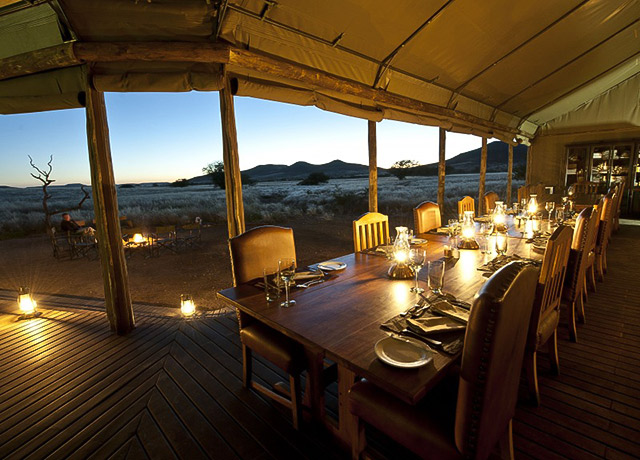