Fill out the form below to receive additional information about our Press Room or give us a call at 800-543-8917.

On a trip designed to minimize 99% of trash, creators of the World’s First  Zero Waste Adventure found food excess to be their biggest challenge

Following its innovative Zero Waste Adventure in Yellowstone National Park in July 2019, Natural Habitat Adventures, the world’s leader in responsible nature travel and conservation partner of World Wildlife Fund, found that food waste may be a bigger problem than most travelers appreciate.

The trip, which endeavored to fit the waste produced by 12 travelers during four hotel stays, nine restaurant visits and seven days of touring into a single quart-sized Mason jar, ultimately saw 50.9 lbs of waste recycled, re-used, refused, Terracycled and composted (an impressive feat, as the average American is thought to create 4.4 lbs of trash per day). While plastics—namely straws, bottles and bags—were a prime target for diversion during the design of Zero Waste, by the trip’s end, recyclables amounted to 20.4 lbs, whereas 27.8 lbs of the diverted waste came from the travelers’ food. 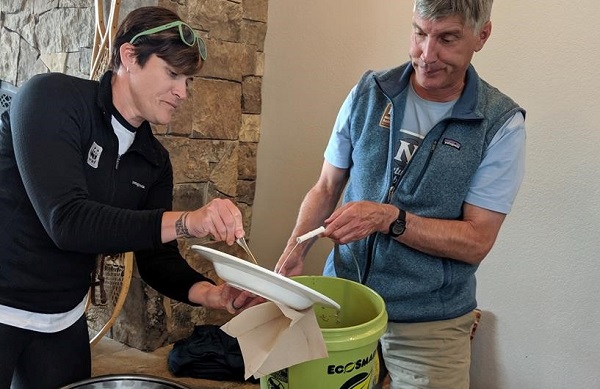 “Food waste is a big issue in travel, more so than I ever realized,” says Court Whelan, Director of Sustainability and Conservation Travel for Nat Hab who was also an Expedition Leader on the trip. “It makes sense, though. At home, you can make your own meals, adjust your portions more easily and save any leftovers. While traveling, this is very difficult to do—folks eat in restaurants for almost every meal, and most restaurants serve large portions.”

According to a 2015 survey by the U.S. Environmental Protection Agency, more than 39 million tons of food waste is generated in one year, and makes up 22% of discarded solid refuse. In luxury travel, where escapism, overabundance and indulgence are often main selling points, talk of composting and half-portions can kill the carefree mood. Prior to the trip’s departure, Nat Hab had its own concerns about how its clientele would react to being asked to share food and join the trip’s “clean plate club” to avoid waste, but Whelan found it to have unexpected benefits.

“I initially thought that asking guests to consider food waste and split meals would be awkward, a challenge,” he says. “But something fascinating happened: when our guests offered and split meals with one another, a unique camaraderie ensued. People bonded—it was like an ice-breaker.” 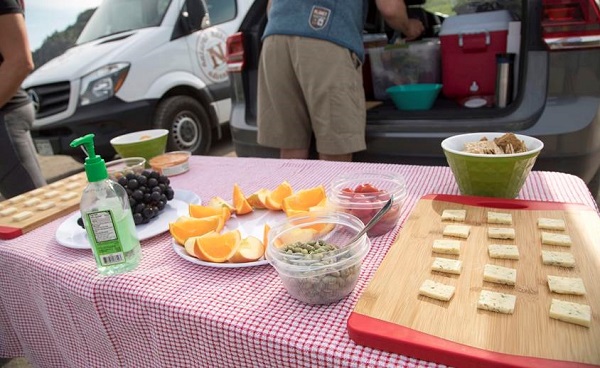 Nat Hab supplied each trip guest with a reusable coffee mug, water bottle, bamboo utensils, a cloth napkin and a tote bag for recyclables. They also brought a bin for biodegradables, which was used to collect leftover food from every meal and was weighed before the contents were composted. As the trip continued, Whelan also found himself getting creative when reducing surplus food, discontinuing single-serving boxed lunches—which historically went unfinished—in favor of family-style platters that were easier to share and had a more appealing presentation.

Techniques and tactics aside, at the end of the day, Nat Hab’s Zero Waste team found that when it came to reducing waste, being able to avoid it in the first place was more effective than recycling or composting—and like everything, practice makes better.

“The key is to look at things like waste reduction and sustainability as a language,” says Whelan. “You never learn a whole foreign language all at once – you have to work on it bit by bit, and practice. Eventually, you become fluent.”

In future, Natural Habitat Adventures will work to incorporate the lessons learned from the World’s First Zero Waste Adventure into its future trips. Eventually, the adventure leader also intends to share the trip’s best practices for waste management by way of a published resource, in hopes of inspiring other travel businesses to become more committed to sustainable tourism.