“Nature” photos; with and without people parts. ©John T. Andrews

I have lots of photos of people parts: the tops of heads adorning the bottom of a frame; errant elbows jutted into the right or left side of an image; a disconnected leg caught in full stride, emerging from an otherwise deserted landmark. Just when I think I’ve got that perfect shot of a pristine, “untouched,” natural wild world, someone steps into the picture.

I’m sure some of my own body parts have been inadvertently captured by camera lens, too. I can’t tell you how many times I’ve walked through someone else’s viewfinder, ducked just in time or offered my apologies for being a potential piece of a stranger’s memories.

When it comes to photography, why is it that most of us think in divisions of “people shots” or “nature shots”? My guess is that this dichotomy comes from an American mindset formed in the aftermath of the first Earth Day in 1970. Most of us have grown up in a time of sweeping conservation legislation that set aside many lands as preserves and conservancies. It’s no wonder that we’ve come to think of nature as a place inside a fence that must be protected—mostly from us: from our cities and highways and strip malls. It’s just natural, then, for us to want to compose our nature shots sans people.

Why do we think in a division of “people shots” or “nature shots”? ©John T. Andrews

Take down the wall

Thinking of ourselves as separate from the natural world, however, is setting up another sort of fence: a mental wall. Our sustenance, livelihoods and economies are all tightly entwined with nature, no matter if we work as an accountant in downtown Chicago or as a subsistence farmer in Africa. Whether we get our meat by way of deer hunting season, our vegetables and fruits from plants, or our seafood from a trawling route or mangrove forest—or our energy from the wind, a river or oil found in the upper layers of the Earth’s crust—we’re all intimately connected to and dependent on nature.

Recently, I toured the International Crane Foundation in Baraboo, Wisconsin. This organization is working to save crane habitats throughout the world. One of the most important concepts that guide the foundation’s efforts is that if the needs of the humans who live alongside the cranes are not addressed, ensuring a future for the birds is impossible.

In an area near Zhalong Nature Preserve in China, for example, a reserve that was dedicated to cranes, city expansion and impoverished farmers started to encroach on the birds’ wetland home. The number of cranes seen on the preserve began to dwindle in the face of urban growth and the land requirements of hungry people. But instead of building a bigger fence, the International Crane Foundation instituted a microlending program to help give alternative jobs and new economic opportunities to the area’s residents.

With a microloan, one Chinese woman started a baked-potato-and-bread business. As people pass her stand on the road to and from work, she sells them loaves of bread, potatoes and sauces. With her business’s profits, she was able to send her two children to school. And with his microloan, one young man took discarded metal scraps and fabricated rims for making bicycle repairs. Since the loan program started, about 350 families have benefited. The pressure from human activities on the wetlands has significantly diminished, and the largest number of cranes in the past 15 years has recently been spotted at the preserve.

Perhaps we should think more like the Japanese. They seem to have a special reverence for nature and do not draw a distinct boundary between the categories of nature and humans, unlike we Westerners. There is a Shinto notion that kami (divinity) is immanent in mountains, rocks, trees, the sun and moon, and animals. A human being’s oneness with nature does not have to be with it in its “pristine” condition; in fact, some Japanese assume that active human cultivation allows nature to achieve its full potential. If you look at the art of bonsai, you’ll see this idea in execution.

Perhaps we shouldn’t think of our nature photos as “ruined” when someone walks into them. A surprise shoe or hand by happenstance could remind us of a keystone species that we happen to belong to, that is also part and parcel of the natural world.

If nothing else, those people parts in our nature photos give rushing waterfalls and soaring mountain peaks a bit of perspective.

Do you consider your nature shots “ruined” if they contain people? Share your stories of fortuitous “photo accidents” below. 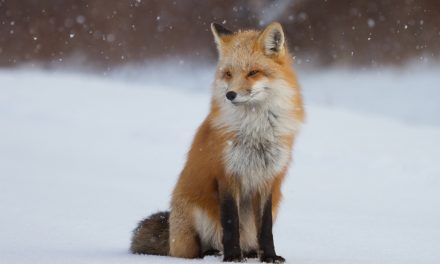 Wildlife Photo of the Week: Red Fox Sitting in Snow 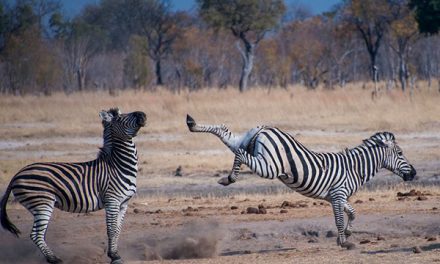 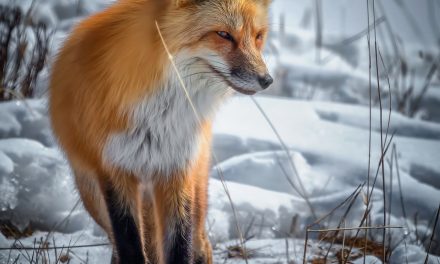 Wildlife Photo of the Week: Red Fox in Yellowstone 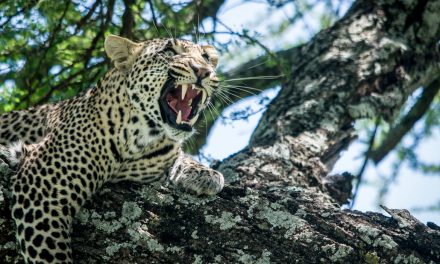 Wildlife Photo of the Week: What Big Teeth You Have