Tips on Photographing the Grand Canyon

By Court Whelan, Director of Sustainability and Conservation Travel at Nat Hab

When it comes to Canyon Country, the Grand Canyon stands alone. While there are many other iconic desert landscapes within short drives from both the North and South rims, the Grand Canyon certainly gets the most attention.

Follow these tricks and tips to help you capture one of America’s greatest natural treasures. 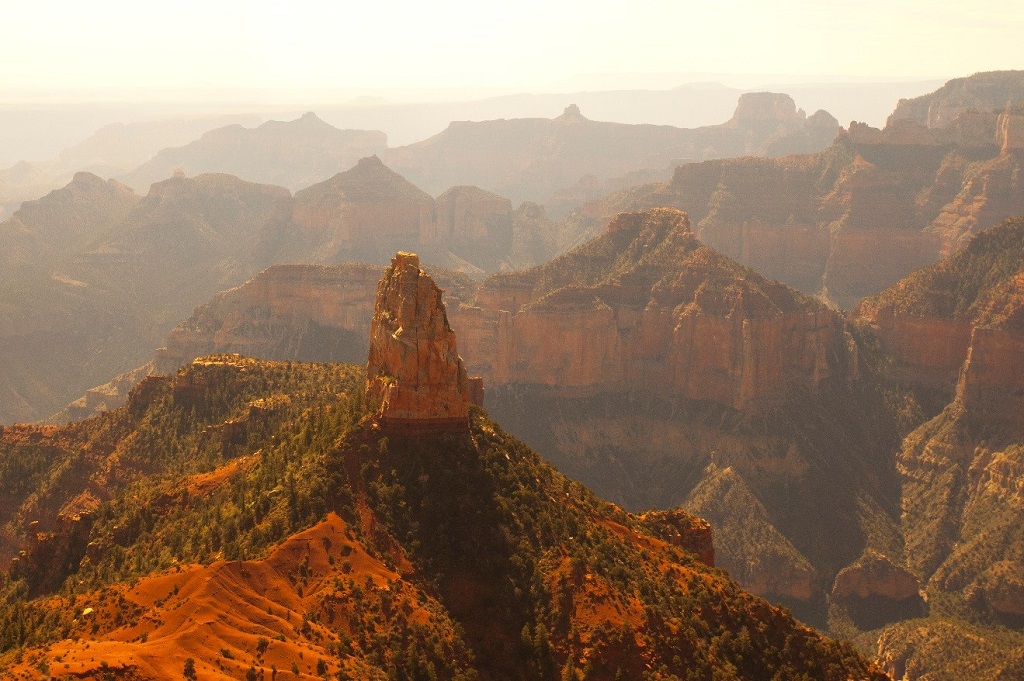 Zero in on Specific Features

Perhaps the first thing you’ll realize when going to photograph the Grand Canyon is that it’s difficult to capture the sense of scale and its magnitude. At 11 miles across from the South Rim to the North Rim Lodge, it’s difficult to do it justice with a camera.

Rather than trying to show how impressive the Grand Canyon is by photographing the whole thing, from rim to rim, zero in on smaller portions instead. In the above photo at Point Imperial, I chose to capture only a small snippet of the entire view. However, when looking at the photo, there is still the feeling of enormity, size, scale, grandeur, etc. If I were to have zoomed out, all those buttes, temples, walls, and spires would be that much smaller, effectively diminishing the grandeur of the canyon itself. It’s somewhat counter intuitive, but trust me…sometimes less is more.

To create this effect, have your zoom telephoto lens handy so that you aren’t restricted to only wide angle shots.

Get the Right Light

There’s a lot of weather that goes on in the various canyons of the southwest, which is great for photographers. While earlier and later in the day tend to provide the softest light, an approaching afternoon storm or midday fog can really be helpful. 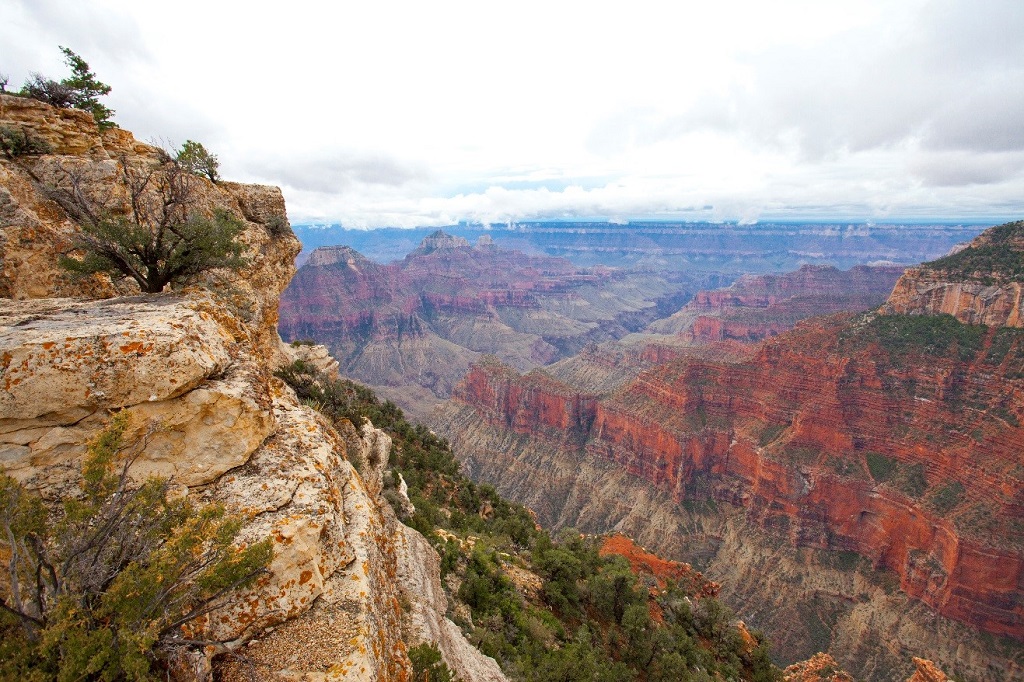 Harness that unique light to provide nice and even lighting, which is so integral in making the dramatic colors of the canyon walls pop.

Contrast is a mixed bag with photography. In the above section, I tout the merits of lack of contrast with the nice, even lighting that clouds can provide. However, there is still something to be said about intentional contrast in your photos, especially in canyon country. 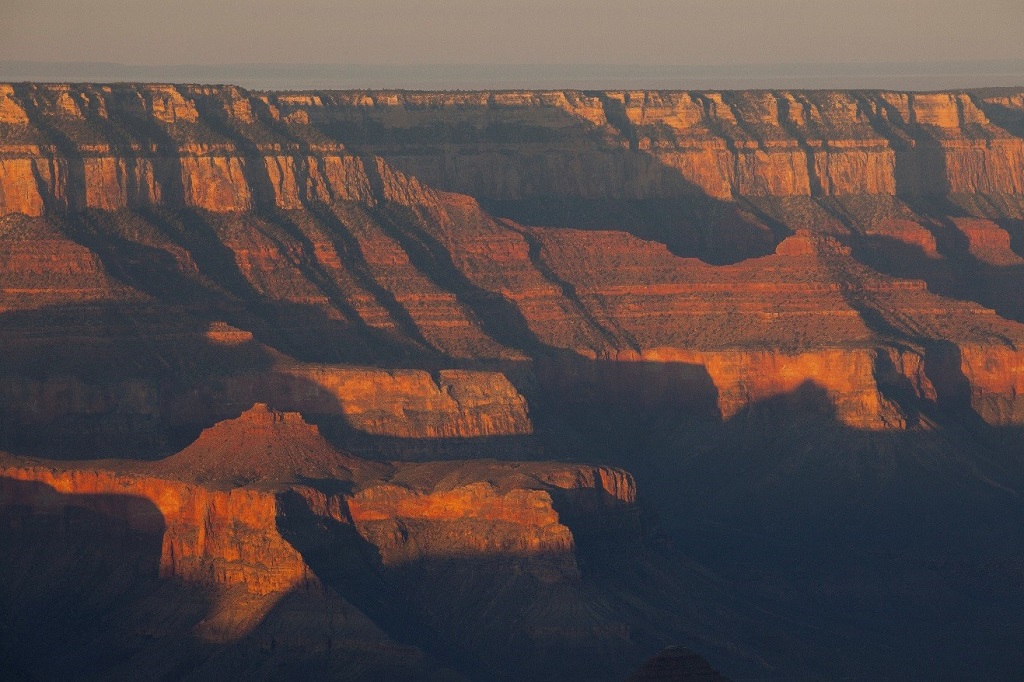 Shadows are often unavoidable because of the intense, overhead desert sun, so try to make the most of them. Emphasize the shadows and create a really neat high-contrast photo. As you can see from the above shot, you may need to integrate other techniques (such as zeroing in on only part of the canyon) to make the shot impressionable.

Sometimes thinking in black and white can help when taking photos with high contrast. When you have diffuse gradients with clear light and dark, such as in the above photo, you can create an evocative shot out of almost nothing.

Create a Sense of Scale

While zooming in, and zeroing in, helps create scale, like I mention in my first tip, you can also create scale by having people in your shot. 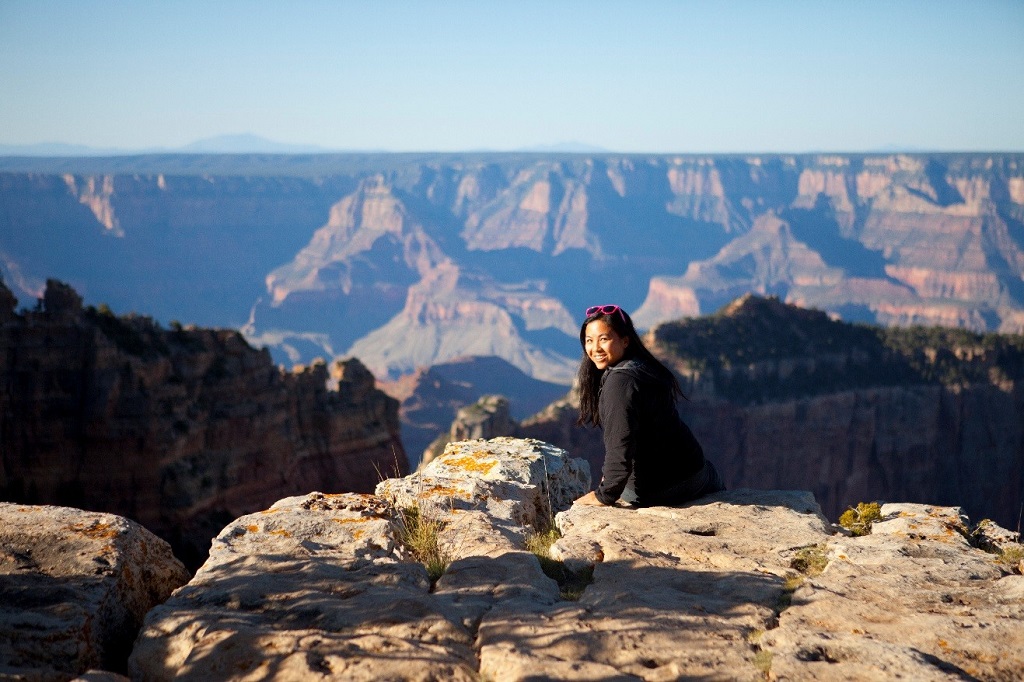 Rocks are somewhat difficult to use when trying to show scale because they can be misleadingly large or small. Photographing a person on the rock can help provide context.

The Grand Canyon is certainly the mother of all canyons and is no doubt quite photogenic, too! When planning your next photo adventure in Canyon Country, don’t miss the Grand Canyon, and think about these tips to help you get a wide array of show-stopping canyon photographs.